Social Justice Warriors (SJW) are coming for our music. 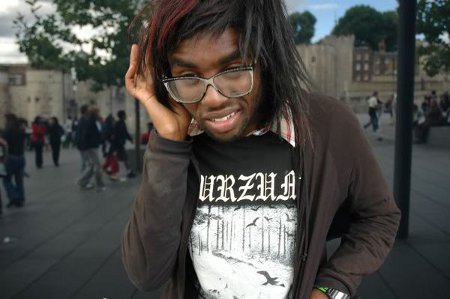 The first salvos of their offence have been fired, some from within our own ranks, and they are aiming to take out the heart of Metal. The defence of the realm has begun by adopting the hashtag #metalgate.

SJWs are a divisive and destructive force in the world today. Masquerading under the guise of social justice they seek a position of victimhood and aim to label everything that stands against them as prejudice. Their modus operandi is to use shaming language to close down the conversation leaving them free to assert their dominance.

SJWs are currently waging a war on gamers claiming games aimed at men are by default sexist, misogynistic and guilty of promoting domestic violence. Now they’ve turned their attention to us.

It started innocently enough with a backlash against Mastodon’s twerking video. Unfortunately that has lead to closer scrutiny by the blight of the SJW community.

Remember the philosophy of SJW is to look for disparity and claim prejudice. See a preponderance of white skin and the group is racist, more men, sexist. It’s a as simple as that.

Defending yourself against their position is an altogether more difficult task. I wrote an article arguing against the Mastodon backlash and the comments I received essentially accused me of naievety and sexism.

Below are three videos pertaining to #metalgate. Below them are small selection of articles with an SJW slant.

In this video, YouTuber Sargon of Akkad makes reference to the language and methods used in the attack on gamers. Check the links in the video description for more anti-Metal articles and the original #metalgate piece.

Trigger warning!! Yes I did just hijack the SJW monica for language that may offend. This video has a section in the middle where lyrics from various Metal songs are read aloud. You may want to skip through it as I did and have a go at guessing the song from the lyrics alone.

The Problem With Heavy Metal Is Metalheads: Stop Calling Everyone A Faggot
http://archive.today/ah7cr

A Very Dirty Lens: How Can We Listen To Offensive Metal?
http://www.popmatters.com/column/a-very-dirty-lens/

Metal has withstood attacks in the past but this is different. Before, we could rely on facts but SJW are different, they will use any means, however foul and dishonest in order to get their way. What starts out as a message of tolerance and understanding ends up ripping apart the community they infiltrate.

SJWs will stop at nothing to undermine the F.U. attitude that is the cornerstone of the rock community. We must stop at nothing to refute their claims, learn our history and at a whim be able to point to songs that promote positive values in society. We are the ones that dare to think differently, we always have and always will promote true social justice, we must fight on.

Previous article
WHORE OF BETHLEHEM
Next article
Kouzin Bedlam: ‘Longing For The Incomplete’