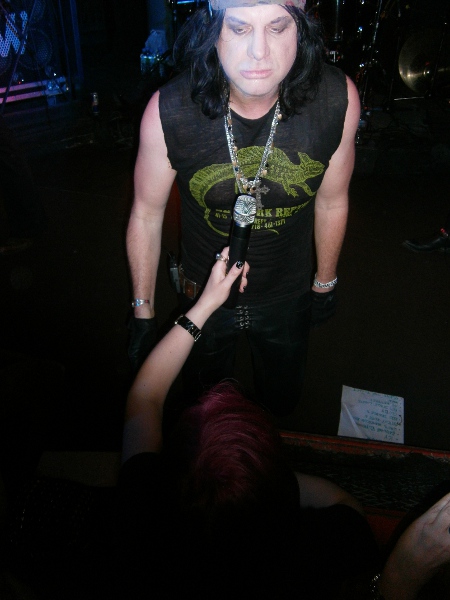 Last year Davy Vain and his San Francisco chums played a hit ‘n miss gig at the Purple Turtle in Camden which featured some bizarre ramblings from the frontman including a story about a girl banging on his hotel room door which would’ve been funny had not David Lee Roth told the same very story only some twenty years earlier. With a return to form album in ‘Enough Rope’ and a decent support bill I thought I would give Vain a second chance on a Sunday night in the darkness of Camden.

Brighton rockers Furyon were surprisingly on at an early time, playing just a few days after their very own headline date at the Purple Turtle. The band were ripping through their last number ‘Don’t Follow’ as I walked in through the doors and there were plenty of ladies drooling over the leather trousered boy wonders getting the evening off to a good start.

Until this evening I had never heard of the oddly named Stala & So and what a revelation they proved to be. Singer Stala was previously under the disguise of Kita the drummer in Finish Eurovision shock rock winners Lordi, as was bassist Nick Gore aka Kalma. If anyone was expecting songs about the Apocalypse you couldn’t be further removed from the truth.

Stala & So were fun – no, make that FUN in big capital letters. Dressed in feather boas and eyeliner, this a pure happy return to seventies rock when glam rock was king, highly influenced by the sounds of T-Rex and David Bowie when he was covered in stardust.

The songs had easy singalong choruses and were instantly memorable. Stala himself doesn’t take himself too seriously, something that is long missing in today’s rock scene and the giant guitarist Sami J stands way over 6ft tall and certainly doesn’t need platform boots. He is dressed in a red jump suit with a wind machine constantly blowing back his hair and wouldn’t look out of place in a Slade tribute band. 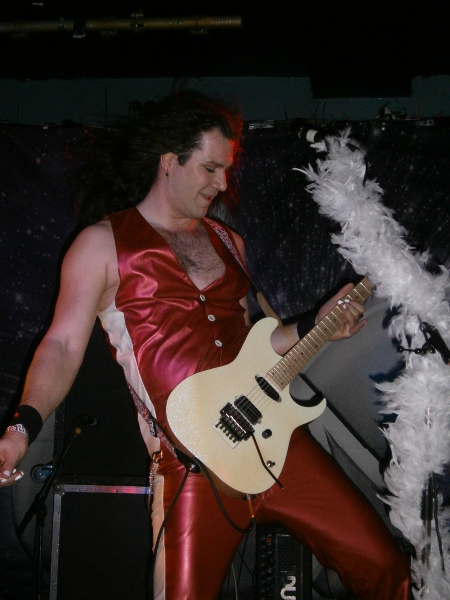 Stala even used a kazoo for the last number, not seen in rock since Lee Kerkslake got his out for Uriah Heep’s ‘Magician Birthday’, proving there is still time for myself to make it big with a kazoo. Been a long time since i enjoyed a support act so much.

This time round Vain were excellent, playing a set consisting of tracks from their classic debut ‘No Respect’ and six numbers from ‘Enough Rope’.

Davy Vain is a scary looking, crazed guy, barefooted with a bandanna and ironically wearing a t-shirt with New York Reptile. The band were tight and loose in all the right places and trashed the Underworld with a text book show in glam Metal. 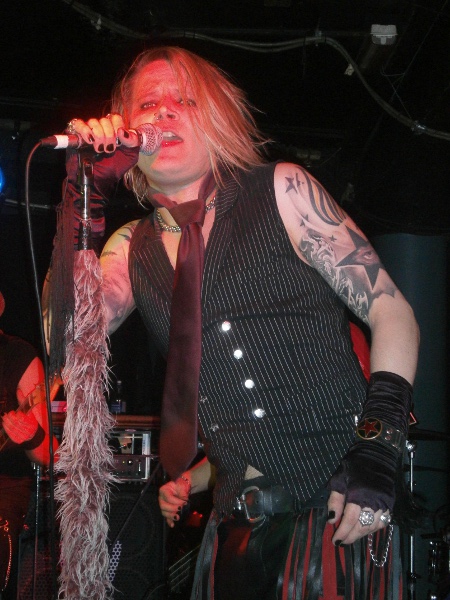 Whilst Faster Pussycat embarrassingly go off into industrial goth rock and Motley Crue these days play pyrotechnic cabaret, Vain gave a masterclass in teaching the youngsters here tonight what the joys of the glam Metal scene was all about. Brattish, vulgar and not giving two fucks what anyone thought.

Although the show at times did fall into danger of becoming a car crash, especially when Davy Vain stopped the music and opened his mouth, telling one story about having underage sex with a groupie in the US (age of consent is different is the States). At times it was in danger of falling into Gary Glitter territory. 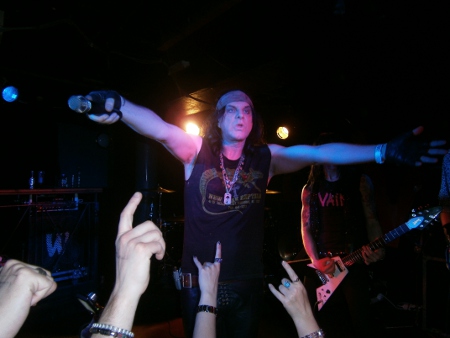 Thankfully whilst the audience looked at each other with unease, the band blasted right on cue into a storming ‘Who’s Watching You’. Later Vain would get down on his hands and knees and give his microphone to a lady to hold whilst he sang into it. At least he didn’t ask to reverse the role.

Vain showed no respect at all and were utterly brilliant. 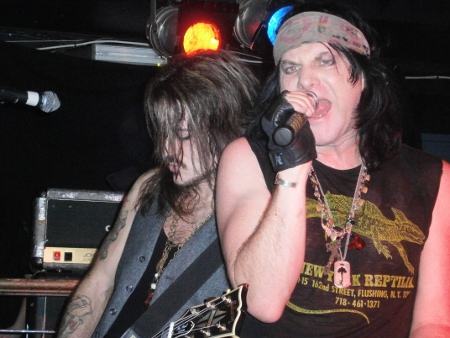 FURYON
Voodoo Me
Disappear Again
Souvenirs
Fear Alone
Our Peace Someday
Don’t FollowSTALA & SO
Shout
One Nite Stand
Got To Believe
She
Down
Hey, What’s Goin’ On?
Life’s Too Hard
Pamela
Woman
Everything 4 Money