No one could have predicted the success of Alter Bridge when they formed from the ashes of post grunge icons Creed. From making themselves a household name and selling millions in the States, the remaining members of Creed decided to go their own way following the erratic behaviour of singer Scott Stopp. 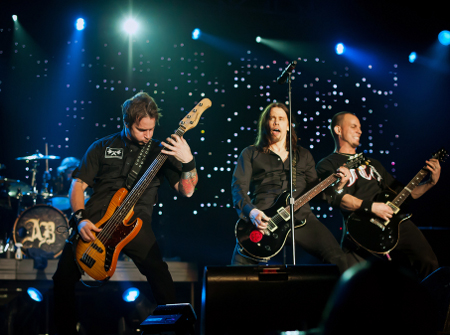 Since joining forces with Myles Kennedy on vocals in 2004 Alter Bridge have seen their profile rapidly raise here in the UK and in mainland Europe, gradually working their way up from the small music venues such as the Camden Underworld, the Astoria Theatre to Hammersmith Apollo and now they see themselves playing the Arenas.

It’s fair to say that a sizeable chunk of tickets sold for this tour are for the Kentucky rockers Black Stone Cherry who, like Alter Bridge, are out promoting that important third album.

Black Stone Cherry are no newcomers when it comes to playing the arenas having already learned their craft by supporting Def Leppard/Whitesnake and Nickleback here in the UK alone. Singer Chris Robertson had Wembley in the grasp of his hands from the opening number ‘Change’, putting in an effortless performance that kicked some serious butt. 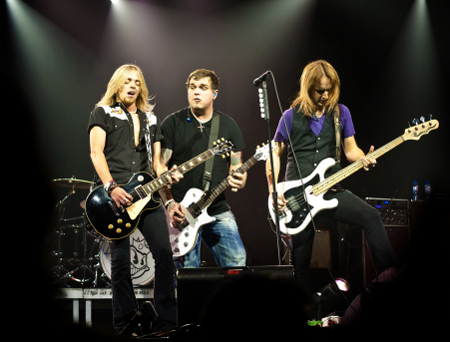 Guitarist with the blonde mane Ben Wells was using every inch of the stage, constantly running up and down the side ramps to be as close as possible to the arms outstretched fans.

The first verse to ‘Things My Father Said’ was lovingly sung by the Wembley throng and recent single ‘White Trash Millionaire’ is already in the collective hearts of their followers. They then dug deep into their roots with a cover of the Muddy Waters classic ‘Hoochie Coochie Man’. A solid performance that was in danger of over shadowing the headliners. 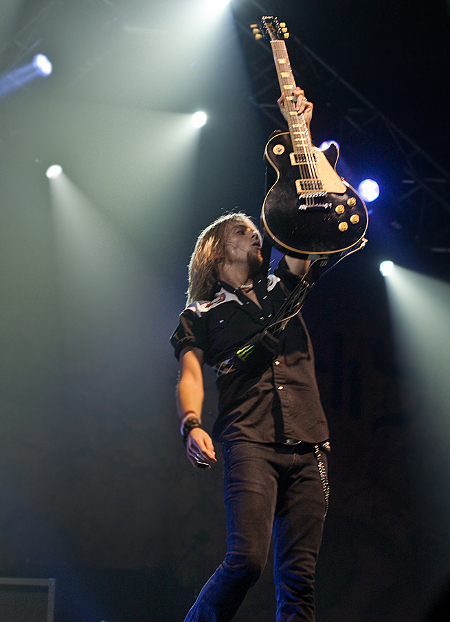 It can’t be too long before Black Stone Cherry are topping the arenas themselves. All the members of Alter Bridge are living parallel careers. 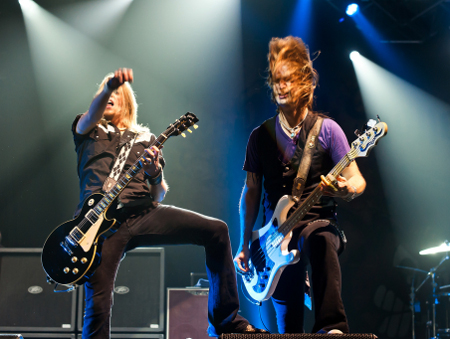 Myles Kennedy has become a modern day pin up guy for the ladies thanks largely to his time fronting the solo project of former Guns ‘N Roses axe man Slash, whilst the remaining three guys have reformed Creed with Scott Stopp (Yes sir, that all important Yankee dollar can’t be ignored.

Alter Bridge may not be as popular across the pond but here they can do no wrong. 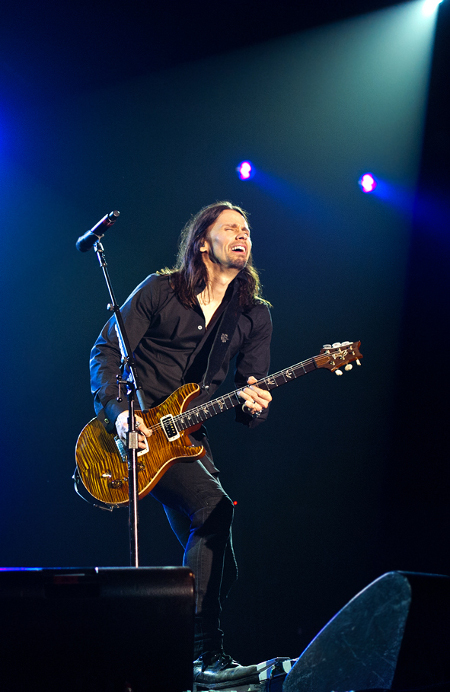 Filming the extravaganza for a future DVD the stage resembled something of a show that Rush would put on with fluorescent back screens and green lasers beaming all the way to the back of Wembley. However the band, dressed in black, looked a little lost on the big stage.

It took some time before Kennedy said any real words to the audience. “Oh my God, this is what I dreamed of in my bedroom when I played air guitar with a tennis racket… I think I’ve just wet myself”, words you would imagine coming from a winner of American Pop Idol rather than a Freddie Mercury type leader, but it was enough to make the ladies’ knees turn to jelly. 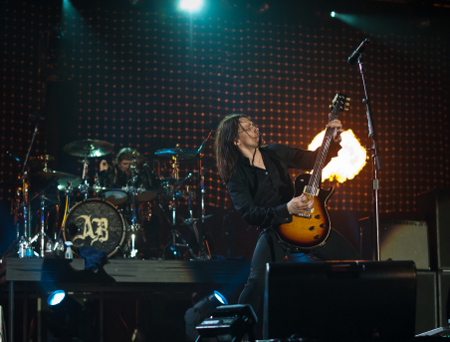 The commercial grunge was only lost on me as the rest of Wembley lapped up every riff from Alter Bridge. ‘Ghosts Of Days Gone By’ hit the right spot early on. ‘Come To Live’ had flames of pyro and ‘Metalingus’ entered heavy prog territory.

‘Blackbird’ is a new ‘Stairway To Heaven’ for those who haven’t discovered Led Zeppelin and that was followed by acoustic versions of ‘Wonderful Life’ and ‘Watch Over You’ which helped to ease the pace. A meandering six minute guitar duel between Kennedy and Tremonti was testing the limits during the encores but it did make ‘Rise Today’ more gratifying. 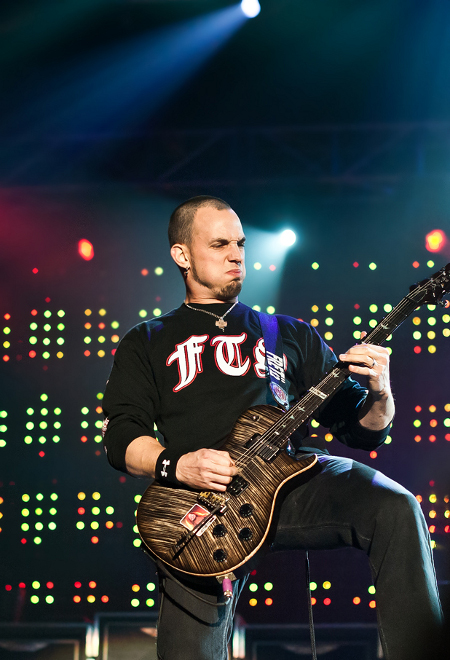 Alter Bridge have come a long way in a short time and it is rightly deserved, but like all things grunge, it just lacks that little bit of pizzazz which is what arena rock is all about.