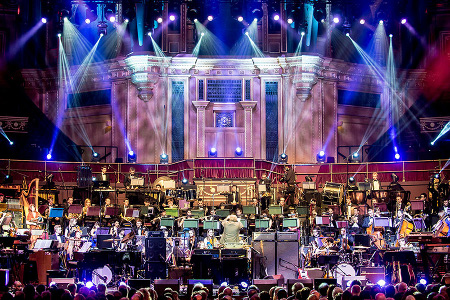 Deep Purple keyboardist and composer Jon Lord sadly passed away in 2012 and this special charity evening was to celebrate his life and works.

It started off with a highly emotional speech from his wife Vicki thanking fans and friends from all over the world for the messages of support the family had received before and after Jon Lord’s passing.

The first half of the show concentrated on Lord’s classical side with Paul Mann conducting the Orion Orchestra. Pieces from ‘Sarabande’ were beautifully delivered with the title track featuring Rick Wakeman. Murray Gould was joined by singer Margo Buchanan for a tranquil ‘One From The Meadow’.

Steve Balsamo sang Lord’s last work, ‘All Those Years Ago’, whilst Miller Anderson astounded on on the moving ‘Pictured Within’. Actor Jeremy Irons read the Thomas Hardy poem ‘Afterwards’ over a Jon Lord composition with Paul Mann on piano to end the first half of the show.

Local resident to the Lord family in the Henley musical sect is Joe Brown who despite not playing said a few chirpy words with raised many smiles all round. With a house band that at times featured three Whitesnake colleagues in Micky Moody, Neil Murray and Bernie Marsden, it was down to Paul Weller to get the rock rolling with a couple of Artwoods numbers with ‘I Take What I Want’and ‘Things Get Better’ and it most certainly did. 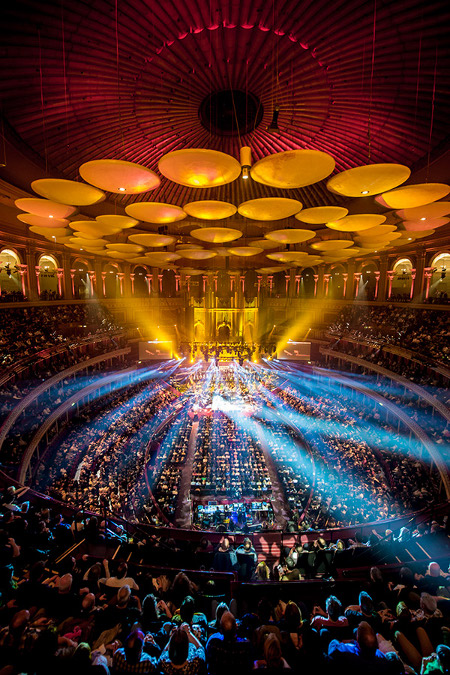 Marsden and Paice were joined by Temperance Movement’s Phil Campbell and Nick Fyffe for PAL (Paice, Ashton And Lord) renditions of the funky ‘Silas & Jerome’ and ‘I’m Gonna Stop Drinking Again’ perfectly executed by the gravely voice of Campbell.

Balsamo returned for an acoustic ‘Soldier Of Fortune’ with Sandi Thom.

Glenn Hughes’ tribute to Lord was simply amazing. After ‘You Keep On Moving’ he was joined by Iron Maiden’s Bruce Dickinson for a roof raising ‘Burn’ complete with keyboard wizardry from Rick Wakeman and guitar solo from Murray Gould. Hughes then filled the Albert Hall with his astonishing voice for ‘This Time Around’ leaving the stage emotional and to huge adulation. 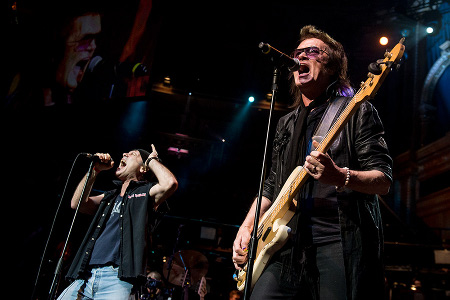 Deep Purple were the grand finale with Ian Gillan craftily looking dapper for the occasion in a t-shirt with a suit and bow tie printed on it.

Starting with two new songs dedicated to Lord in the keyboard driven ‘Uncommon Man’ and ‘Above & Beyond’ before Lord’s stage favourites in ‘Lazy’ and ‘When A Blind Man Cries’.’Perfect Strangers’, ‘Black Night’ followed with Dickinson joining Ian Gillan on the vocals for a screaming ‘Hush’. 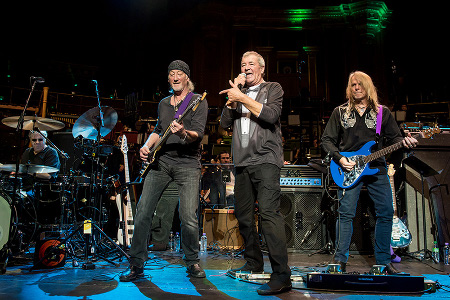 Surprisingly there was no grand finale of the immortal ‘Smoke On The Water’ but I believe the wondrous evening had run past it’s 11.00pm curfew.

However this was a superlative show with an unpredictable set list by a whole host of stars from a varied ground of musical genres who all paid the greatest respect to Jon Lord for his music and friendship. 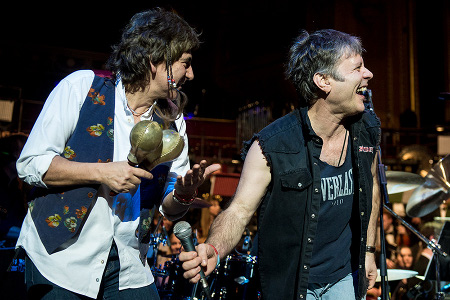 Thank you Jon Lord for the lifetime of inspirational music you have given us all. God bless your soul. 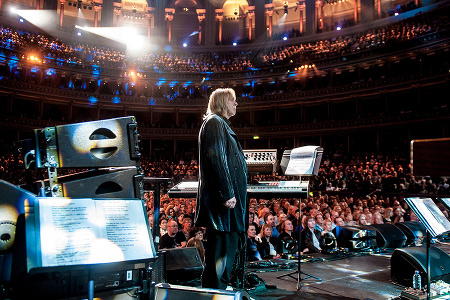