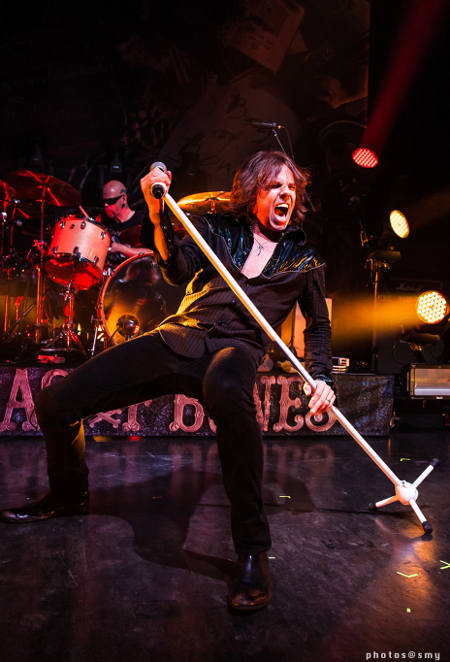 With one of their finest albums in their 30 year career, ‘Bag Of Bones’, Swedish rockers Europe were back at the Shepherd’s Bush Empire, a venue that is fast becoming their second home and a regular fixture on each tour of the UK and with Joey Tempest now residing in London this certainly had a home feel about it.

Atlanta trio Stonerider opened up tonight and impressed with a loose greasy touch back to the free spirited sound of American rock in the seventies with a sound that goes back to the garage days of Blue Cheer and the Grand Funk Railroad. A band that let the music do the talking. I would like to see this lot in a packed tiny club and just freak out.

Joey and the boys rocked from the moment they walked on stage and blasted into a trio of new tracks including opener ‘Riches To Rags’ with Tempest throwing his mic stand around ala David Coverdale style in his youthful prime. ‘Not Supposed To Sing The Blues’ sees some heavy riffage from John Norum and swirling keyboard work from Mic Michaeli.

There was a comedy moment during ‘Superstitious’ when a roadie walked on stage to plant a pair of the tiniest bongos brought from Toys ‘R US on a stand for Joey to tap on for a few seconds, only for them to make a return in the next song. If only Tempest could borrow a set from his hero Ian Gillan then it would’ve seemed a whole lot more authentic.

Love was in the air for some young couple when Tempest announced that a gent in the balcony was about to propose to his love. She accepted his engagement ring and the track ‘New Love In Town’ was dedicated to the love birds, much to the applause of the Empire. 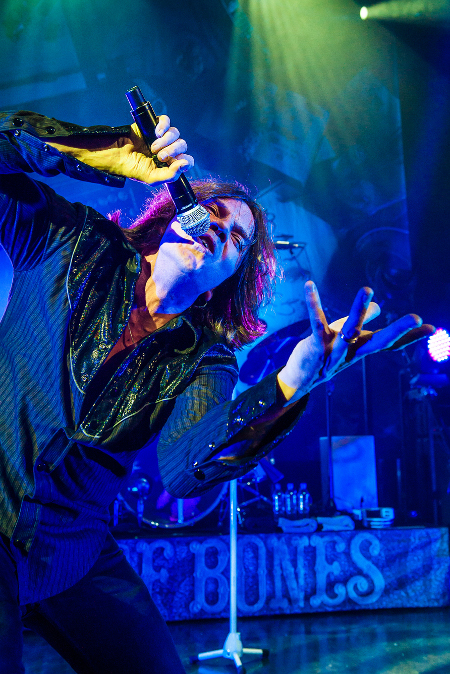 A mid acoustic section saw John Norum take on the vocals for a piece of homage to Peter Green’s Fleetwood Mac with a version of ‘The World Keep On Turning’. The ballad ‘Carrie’ is much stronger when played live, ‘Doghouse’ is as very ‘eavy and ‘umble as Uriah Heep at their height and ‘Rock The Night’ was bravely segued into the Who’s ‘Won’t get Fooled Again’

Encore time and an impressive ‘Kashmir’ish ‘Last Look At Eden’ nicely lined up things for the ‘Final Countdown’. A track in which Europe have been debating amongst themselves in whether to keep in the set or to downplay it in an acoustic form. 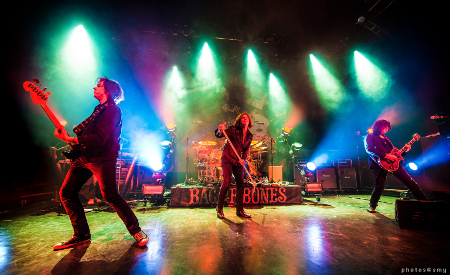 This is the song that has been a double edged sword for Europe and it’s about time all rock fans woke up to the fact that ‘this’ song rather than ‘that’ song is a bonafide classic.

26-years-old now and it still divides opinion but there’s no disputing the fact that the ‘Final Countdown’ is a storming live track that blows the roof off tonight and for a younger generation out there, this song is better known than Led Zep’s ‘Stairway To Heaven’… FACT!… It’s a classic that is instantly recognized, that not only do we all know the words to it but is also one of the few rock anthems that you can air guitar to, but also you can get those air keyboards out and parp along. Long may it reign supreme… Pure gold! 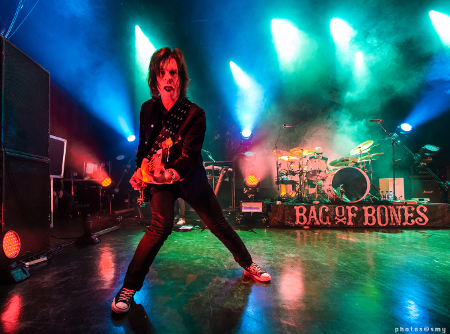 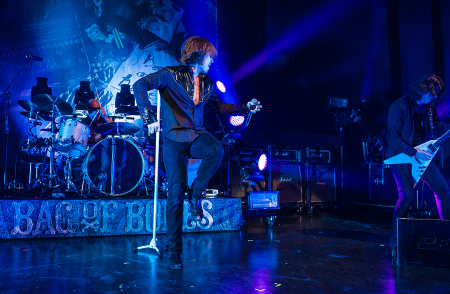 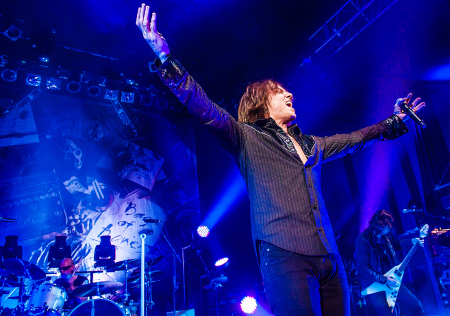 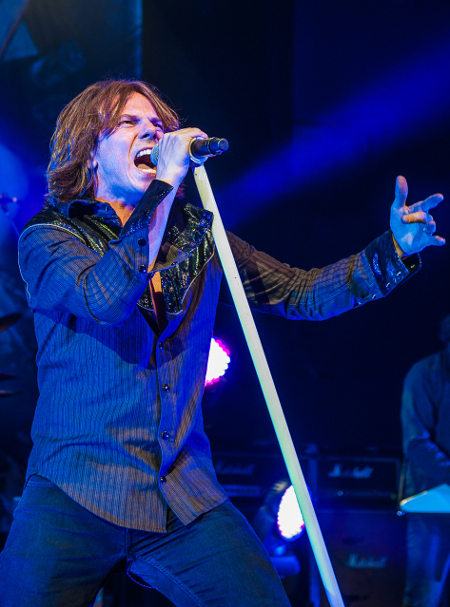 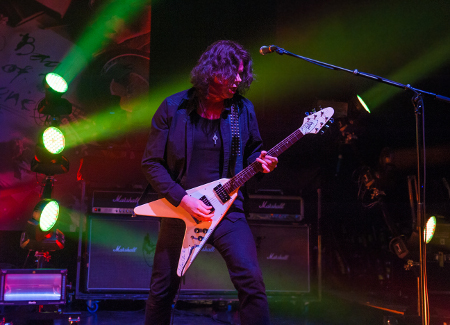 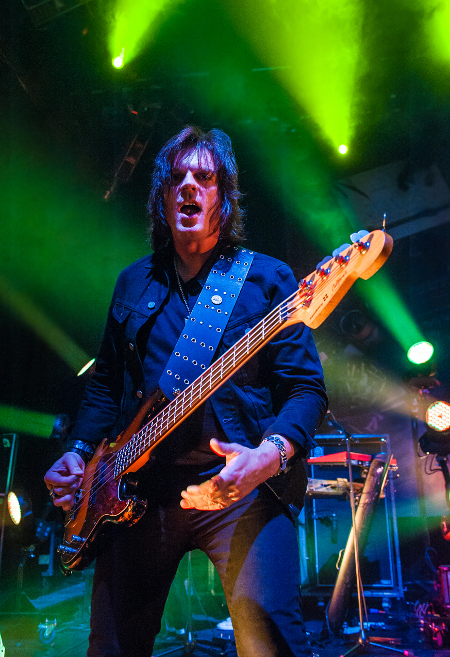 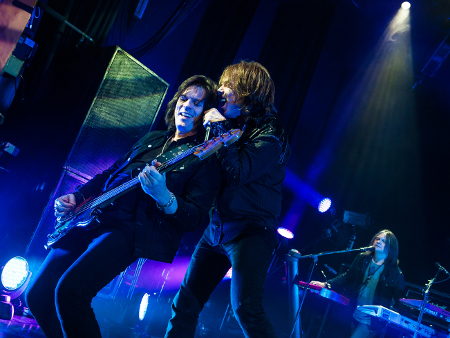 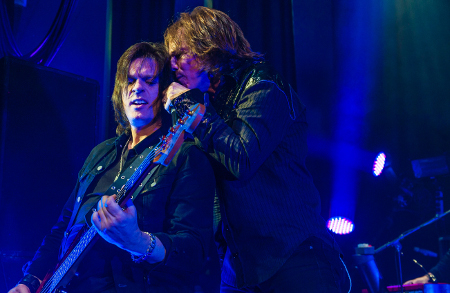 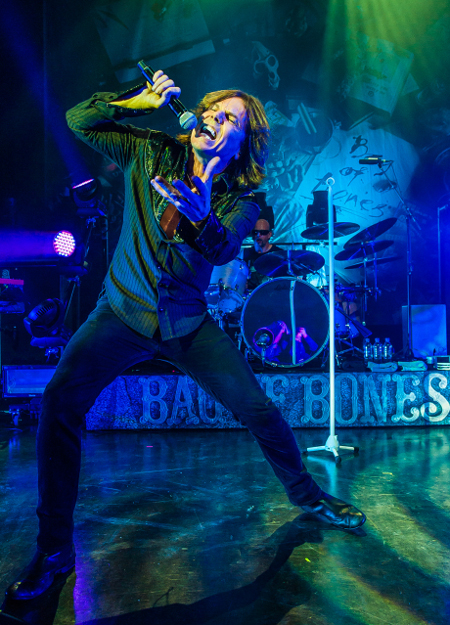 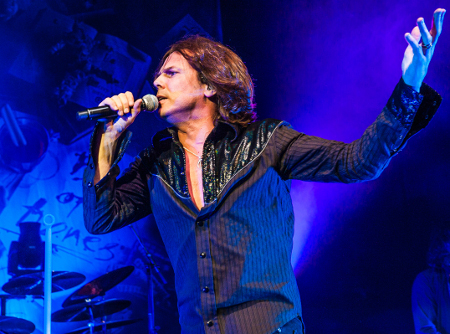 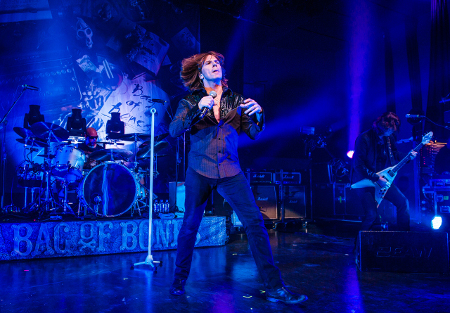 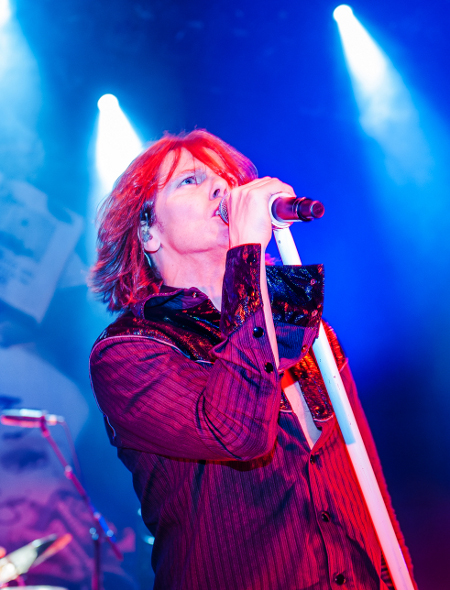 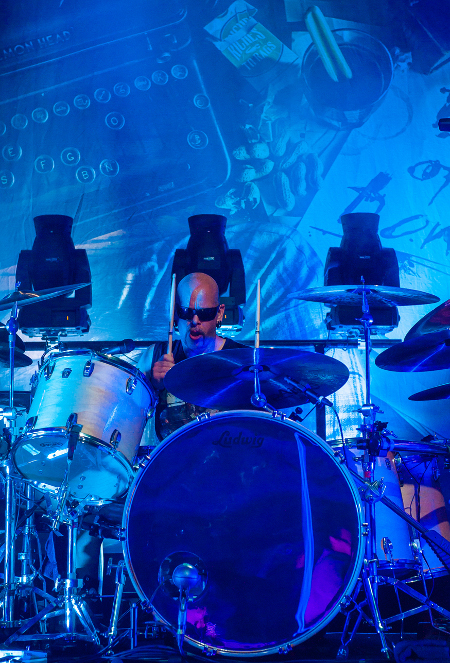 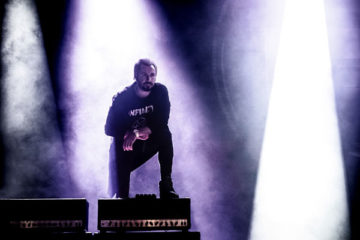