Presumably over the next few years we’re going to see the last tours by Black Sabbath, AC/DC and eventually Iron Maiden as our heroes finally retire or go to join Jimi and Bon’s supergroup in the sky.

Does that mean then that this is the end of the classic rock era, that we will never hear these bands again? I don’t think so. I think most of them will carry on in some form or another.

Thin Lizzy are a prime example, over 25 years since the death of their founder member, songwriter and frontman Phil Lynott, and they are still playing shows. They did claim that their recent Australian tour was going to be their last but then they also said that about the ‘Thunder And Lightning’ Tour thirty years ago.

I’m one of the new generation of Lizzy fans, I never saw them live with Phil Lynott back in the day. I was a bit sceptical about the idea of Thin Lizzy without Phil. Many fans felt this way.

Thin Lizzy have been gigging on and off with a variety of band members over the decades since Phil’s death but this recent line up with Ricky Warwick on vocals really worked for me despite the fact that they only had one original member (Brian Downey on drums) and two that were in the band in Phil’s day (Scott Gorham and Darren Wharton). The rest of the band have been hired since. 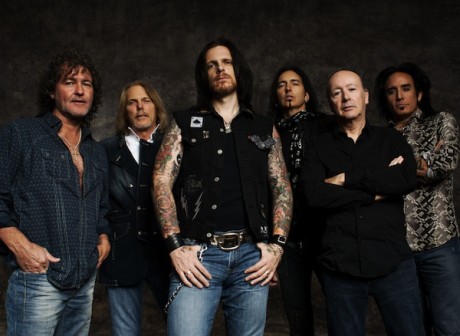 Sure, Ricky is not Phil but he’s still good. He sounds great and gives the songs the attitude and reverence they deserve. The other guitarist isn’t Brian Robertson either (in fact I don’t know who he is) but that’s not the important thing here. The band played faithful renditions of the songs we wanted to hear with style and passion. Nobody can bring Phil back but they can honour his legacy, his music.

Gene Simmons announced a couple of years back that Kiss may carry on without him and Paul Stanley some day. Kiss is bigger than its individual members, he said. Alice Cooper said something similar.

To some of us old fans that may sound impossible. Even now seeing Eric Singer in Peter’s make up and Tommy Thayer in Ace’s outfit singing ‘Shock Me’ and shooting rockets out of his Epiphone Les Paul is a bit odd. To me its like watching half a tribute band. 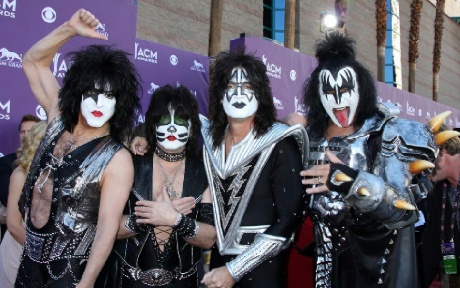 But that’s because I have fond memories of seeing the originals back in the day. The young kids around me in the audience didn’t seem to care. It’s still an awesome rock show. Will the kids in 20 years time care that Gene and Paul aren’t there either? No, they’ll just be happy to see the spectacle of a live Kiss concert.

It’s even been speculated that Gene and Paul’s kids, Nick Simmons and Evan Stanley might do the job. Rock royalty or just keeping it in the family? Either way it’s a connection to the past that’s increasingly made in classic bands and helps the smooth transition to the next generation more acceptable to the fans.

This next generation move has already started in some bands. Cheap Trick now have Rick Nielsen’s son Daxx on drums to replace the retired Bun E Carlos. Dweezil Zappa currently tours as ‘Zappa Does Zappa’ entertaining audiences around the world with his father’s music.

Over The Rainbow is another great example of how bands may go in the future combining family ties with former band members. They have Ritchie Blackmore’s son Jürgen on guitar while the rest of the band consists of former Rainbow personnel including singer Joe Lynn Turner. Again it’s not really Rainbow but as Ronnie and Cozy are no longer with us and Ritchie has stated that he has no interest in playing rock anymore it’s probably the closest you’ll get to hearing Rainbow for real these days. It’s certainly a good step above a local tribute band.

Probably the most controversial of these family moves in recent years was when Van Halen took Eddie’s son, Wolfgang on bass. When it was announced that he would be replacing Michael Anthony for the re-union tour many fans were outraged. 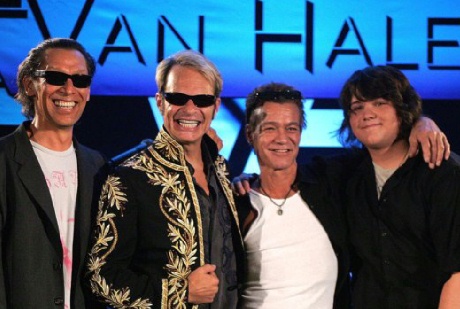 Hundreds of them posted protests online, dozens probably boycotted the tour meanwhile thousands more bought tickets anyway because when it comes down to it we really just want to hear the classic songs in whatever format we still can.

Would it be much different if Alex Van Halen couldn’t do a tour? Probably not. You might think that nobody would want to hear the songs without Eddie’s trademark guitar but judging from Hammersmith Odeon’s sold out crowd a few years back when David Lee Roth did a full set of Van Halen covers with the guitarist from a tribute band, you’d be wrong.

Dio’s Disciples is a very interesting case, showing how bands may progress in the future. When the late great Ronnie James Dio passed on his band continued to play his songs with two singers to replace the one main man. What makes this band different from an ordinary tribute was the official endorsement and management of Ronnie’s widow, Wendy Dio. 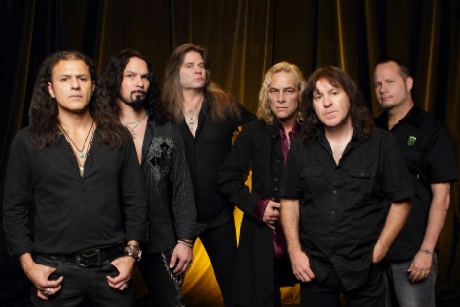 Having said that its Dio’s old band, the core of it is but none of them recorded any of the classics from the Rainbow, Sabbath or ‘Holy Diver’ eras with Ronnie. Since the band started they have changed line up a few times, evolving along the way but as with the other examples on this page they are still the best chance you’ve got of hearing faithful renditions of rock classics.

Then there’s the hologram option. A few years ago this would have sounded crazy. It still sounds like something out of a sci-fi script but already in Japan hologram characters are doing sold out shows. Have a look at this one.

Weird isn’t it? The late rap star Tupac Shakur also made a return to the stage in 3D projection form last year at the Coachella Festival. This is all becoming possible.

As technology in this field improves so too do the chances of seeing classic concerts recreated as realistic holograms in future. Imagine going to see the 50th Anniversary of the ‘Back In Black’ Tour in 2030 absolutely recreated in life like 3D form. I’d buy tickets to that.

The bands that do not naturally evolve in some officially endorsed way will simply find their following usurped by newcomers in the form of a new generation of unofficial tribute bands.

It’s already happened to the Beatles, ABBA and Pink Floyd. None of those bands perform regularly live anymore but unofficial tributes to them pack out arena tours. It’s not illegal to play ABBA covers while wearing spandex and a wig (though perhaps it should be?) but if the bands themselves do not put on the show in some form, their fans will.

There is however always an exception to every rule. The one band that seem to defy all the laws of nature is the Rolling Stones who have been playing ‘Satisfaction’ since 1965. They continue to do shows with an almost intact original line up (guitarist Brian Jones died in 1969 original bassist Bill Wyman recently re-joined the band for a few shows).

The only part of the entourage that have been replaced are the wives who are swapped for younger models every few years on a rotor basis. These guys have clearly preserved their vital organs by pickling them and currently show no signs of retiring. 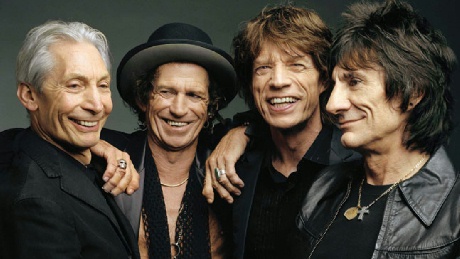