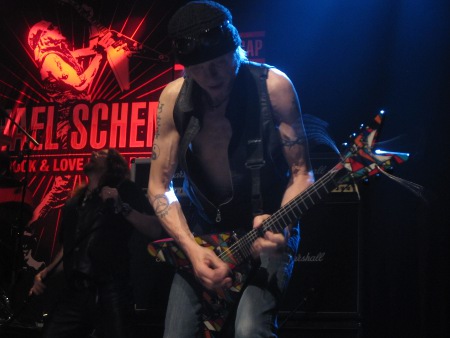 The last time Tank officially played London was 28 years (1985), approximately three stone and several drummers ago so tonight was a watershed moment in their illustrious history.

There was a hint of surrealism added in as well due to regular Tank frontman Doogie White not singing for Tank tonight but fronting the headline band instead.

Tank have drafted in former Dragonforce frontman ZP Theart to fill Doogie’s boots and he does a very fine job indeed, earning himself a spot of redemption after the commercial flop of his post-Dragonforce project. He carries off Doogie’s melodies almost to perfection and even adds in his own in places and enthralls the crowd right from the very opening bars of ‘Great Expectations’, a great choice of starting song with immensely ironic lyrics.

Tank seem more at ease at the moment with the music flowing easier now and they have a real gem in latest drummer Steve Hopgood who clearly is a key ingredient in this latest version of Tank. He has a special rapport with bass player Chris Dale that wasn’t quite there with previous occupants of the drum stool and it’s to be hoped that he can go on and break the record for longest serving Tank drummer which currently stands at around six months I believe. 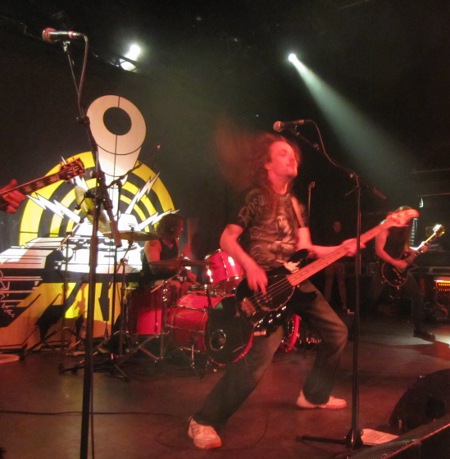 I jest of course. It’s an ‘in-joke’ with the band but one thing that is deadly serious about Tank is the twin guitar assault of Mick Tucker and Cliff Evans, a partnership that is now into it’s 29th year. You get much less for armed robbery these days.

Tucker, especially, looked far more relaxed and comfortable than I had ever seen him before and I am sure I even noticed a brief smile from Cliff Evans at one point but I couldn’t swear to it. 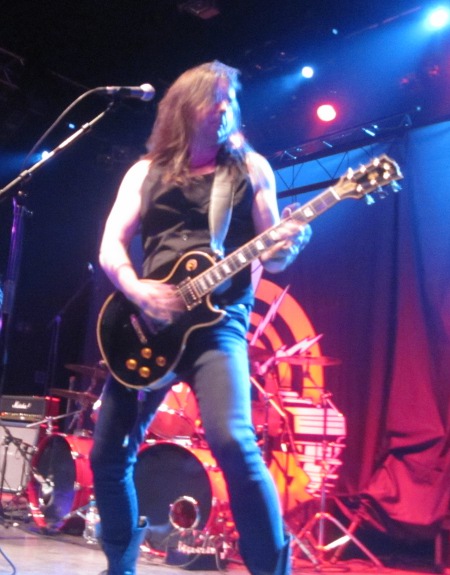 All in all this was a seriously great performance by a band who are still not held in as high esteem as they deserve to be or receive the accolades they should. I still believe that will happen one day and I am sure the majority of tonight’s healthy attendance thinks so to.

A mighty performance, sealed with a kiss. 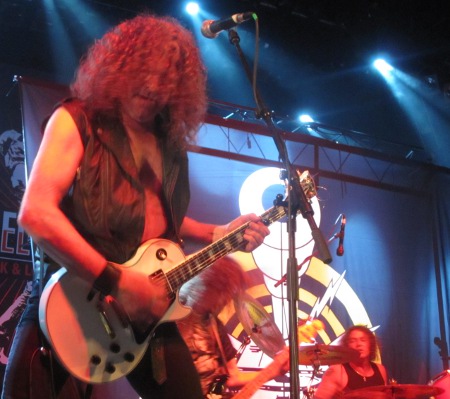 Michael Schenker and his magnificient Temple Of Rock played this very same venue at this very same time last year and it was so awesome that the prospect of seeing the same gig with exactly the same setlist mattered not.

But the setlist had been reworked and although it was pretty much nearly the same songs that featured last year (‘Horizons’ from the next album was added, along with ‘Rock My Nights Away’), the order was completely different to last year and it really couldn’t have been any better.

As with Tank, the band have progressed in the last year and couldn’t be more comfortable on the stage. Doogie White has made this position completely his own now and it simply does not matter that he is not the vocalist who originally made these great songs famous. 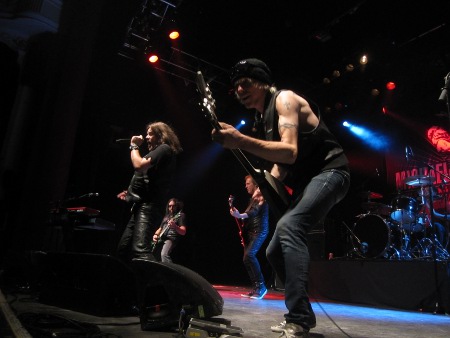 That could pose a big problem for Tank as there is every likelihood that the Temple Of Rock will roll on but as mentioned above, the boys have a more than adequate replacement already in place, should they need to fill the amiable Scotsman’s boots.

One very nice touch from Doogie was the very heartfelt “Thank you Ronnie” at the end of ‘Before The Devil Knows You’re Dead’. No explanations required there.

As for Michael himself, he’s a very different animal these days. The shades are gone now and for the first time in aeons he actually makes eye contact with and engages with his audience, which is marvellous to see. I make no apologies for using the word ‘comfortable’ for a third time. 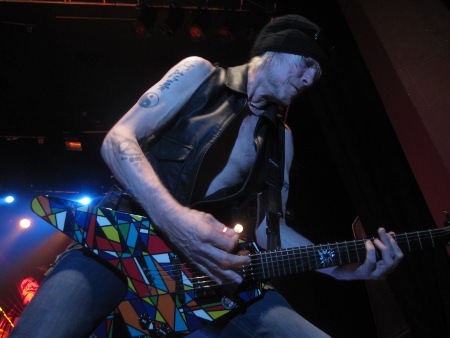 Wayne Findlay clearly couldn’t have enjoyed himself more and the rythym section of former Scorpions Herman (The German) Rarebell and Francis Buchholz make this a top, top line-up which you will find difficult to top these days.

Tonight, we had it all. A legendary British Metal band who look to be finally in the ascendancy, a global guitar legend with a super hot band around him playing an amazing selection of some of the greatest rock tracks ever written.

It really doesn’t get much better than this and you should pay a visit to the Temple Of Rock to worship as soon as you possibly can. 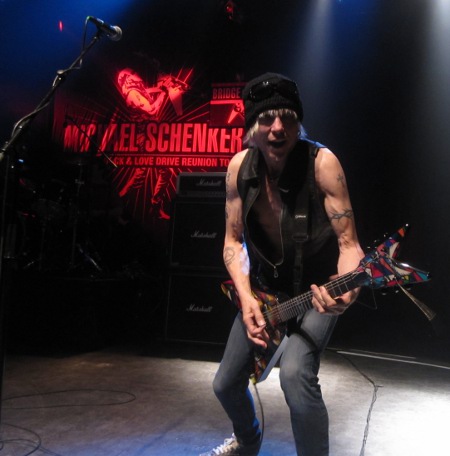 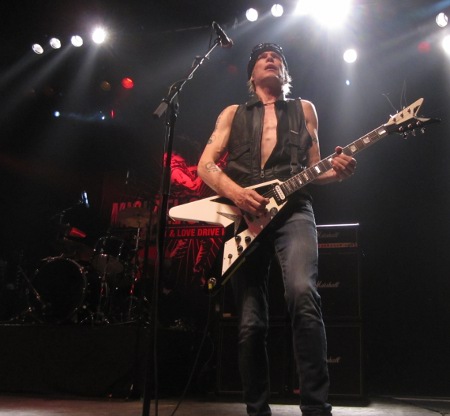 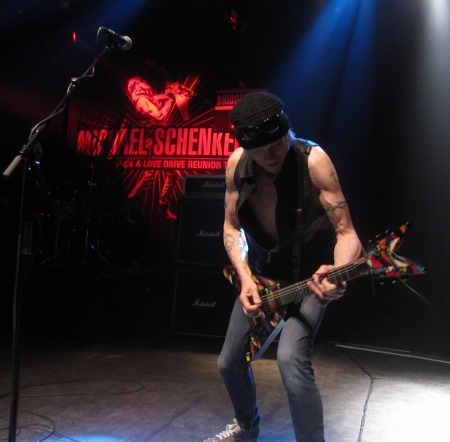 AN IN-DEPTH CONVERSATION WITH MARCO MENDOZA