ZUD
‘The Good, The Bad And The Damned’
(Independent release) 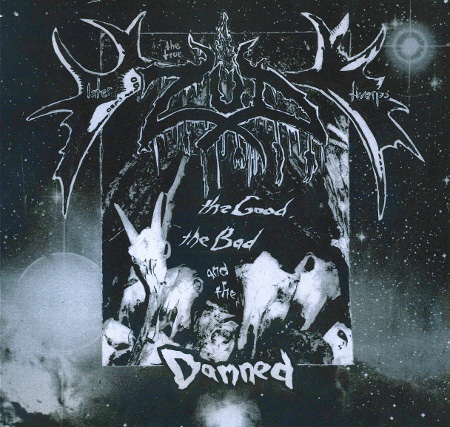 Just their name, ‘ZUD’, had me sufficiently intrigued to want to listen to their debut album, ‘The Good, The Bad And The Damned’. Their name is apparently derived from the Mongolian word, “zud”, which roughly translates as: a particularly snowy and cold winter, one in which many livestock animals are killed by the cold. Very bleak, OK, so now I am definitely interested.

The quartet from Thompson’s Point in Portland, Maine, describe their music as “Old school sleazy n’ cheesy Bluesy rockin’ Black Metal. Old Mayhem and older Bathory mixed with Roky Erickson, early Van Halen, Ash Ra Temple and a slew of other classic rock, psyche and various NWOBHM influences.” Quite a combination, but a pretty accurate description, and the slant they take on this mix has quite an original quality to it.

After the intro ‘Portal To Infinity’ there are four tracks and they are all pretty lengthy totalling over forty minutes. All are fascinating listens, a clever mix of primal Black Metal and raw Rock and Roll, with a touch of the psychedelic also at times. It has a rough, rocking groove to it and even made me think of Darkthrone at one time for the blackened punk attitude.

There are some great melodies in the mix and the vocals are harsh and gritty yet crystal clear. I also enjoyed the drum work which pummels away and at times seemed to jump right out at you and then slip back into the background again. 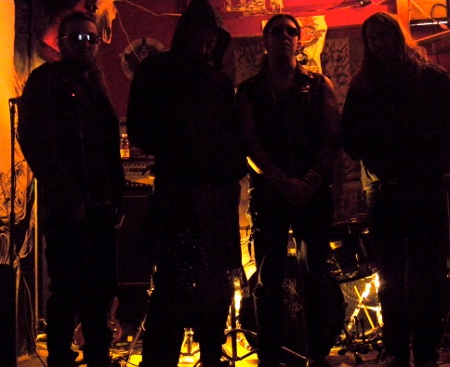 I can’t fault the album, nor pick a favourite, between first and longest, ‘Skull Shaped Bell’ which has a beautiful opener, catchy and exciting and a track that sticks in the mind, ‘Blood And Twilight’ darkly hypnotizing with a dirty, slightly psychedelic edge, the slow and sinister to open, ‘The Junction’, at times so darkly atmospheric and at others manic and insane or the final track, ‘Dendrite Fumes’ which employs atmosphere building sound-bites as it opens as well as selectively throughout and has a very harrowing feel as it progresses, an excellent album ender.

The tracks are killer and fun, atmospheric and emotional, bold and exciting, with, in places, quite a profound message behind them.

The album was engineered and mixed by Todd Hutchison (AOK Suicide Forest, Falls of Rauros) at Acadia Recording Co in Portland Maine and mastered by Tore Stjerna (Watain, Repugnant) at Necromorbus Studios in Stockholm Sweden. Limited to 333 hand numbered CD’s so if you want to try and get hold of a copy, contact them at: bogusrendition@gmail.

So to finally quote the band, this album is for; “Those who know that no friends or glory waits at the end of the line, only death… and that there is nothing to do about it but to learn to enjoy the torture that is life through the bizarre but unique opportunities which it can present, to embrace the wastelands in the pouring rain, to smile at death, to wink back at the world when the time comes, knowing that the only thing left to say is “later twerps…”.” 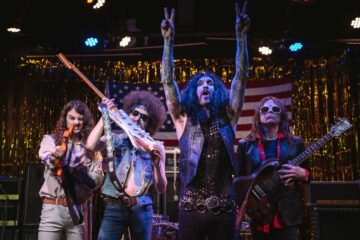