Progressive Metal band Wilderun, who recently signed to Century Media Records, have recorded and released an alternative version of the song ‘Hope & Shadow’, which was originally part of their second album ‘Sleep at the Edge of the Earth’.

The band told MetalTalk: “We were super bummed when we were forced to postpone our recent tour, but we decided to keep ourselves busy in quarantine by starting a series of ‘Remote Rearrangements’ of some of our previously released songs.

“‘Hope & Shadow” is from our second album and is part of the larger ‘Ash Memory’ suite. We decided to isolate this song and give it a slightly different spin, and we are very happy with the result!”.

They told us: “After months of being out of stock, and amidst many inquiries, we are excited and relieved be issuing a rerelease of ‘Veil of Imagination’!

“It’s even more thrilling that it will be our very first album to be distributed by a record label and we couldn’t be happier to partner with Century Media.

In addition to finally getting this album out on vinyl, we’re also looking forward to releasing a special cover of Iron Maiden’s ‘Seventh Son of a Seventh Son’ as a bonus track on the CD rerelease, so our fans can get something extra with this new issue.”

MARK SPIRO TO SHARE BEST OF AND RARITIES ALBUM 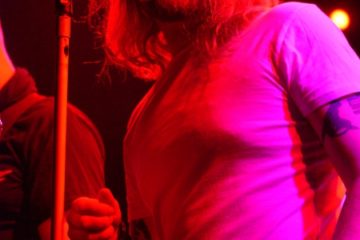