In disturbing Concert related news, Jeff Wayne’s Musical Version of The War Of The Worlds – Alive On Stage will now tour the UK in 2022. Originally planned for March/April 2021, the COVID-19 pandemic has been blamed for the rescheduling and it remains to be seen how this will affect other concerts planned for early/mid 2021.

Jeff Wayne commented: “No matter how disappointing this has been, we know we are the lucky ones who will perform once again.

“The ‘Life Bbegins Again’ Tour, is named after an existing song within my Musical Version, a song about life returning to normal following the Martians’ failure to foresee Earth’s bacteria.

“As many know, when the Martians invade Earth, they terrifyingly exclaim ULLA! When we return, we believe it will be a cry of joy instead.” 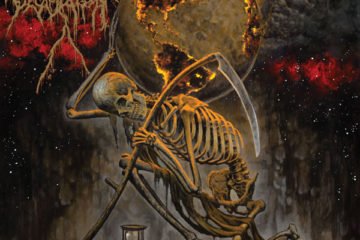