Vocalist David Readman and drummer Markus Kullmann have returned to the Voodoo Circle fold, with the band set to release the ‘Locked And Loaded’ album 15 January 2021, via AFM Records.

To whet your appetite, the band have released the new single ‘Devil With An Angel Smile’ which you can watch below, or hear on MetalTalk’s Soundcloud Tracks Of The Week playlist.

Alex Beyrodt tells us: “The truth is that I had written a dozen songs for the album fairly early, before Mat and I got together and decided that we wanted to embark on a slightly more retro-oriented direction“.

“Once the return of David and Markus was a fact, I sat down again and wrote some more numbers with that retro concept in my mind, ‘Devil With An Angel Smile’ being one of them.

“Because we absolutely wanted David’s charismatic voice and Markus’ brilliant drumming to play a prominent part in those new songs.”

Mixed and mastered by Jacob Hansen (Pretty Maids, Volbeat, Primal Fear), ‘Locked And Loaded’ is the successor to 2018’s ‘Raised On Rock’.

Tracklist:
Flesh & Bone
Wasting Time
Magic Woman Chile
Locked & Loaded
Devil With An Angel Smile
Straight For The Heart
Eyes Full Of Tears
Devil’s Cross
Trouble In The Moonlight
This Song Is For You
Children Of The Revolution

The Wildhearts / Explosive Live album out in December 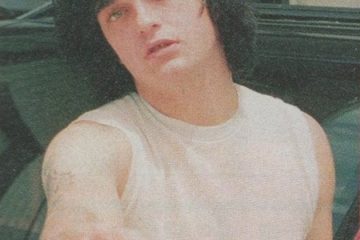