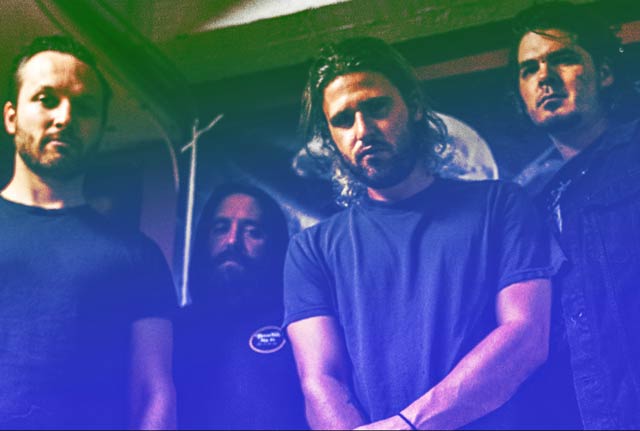 Halifax, Nova Scotia. Horror Punk Rockers The Bloody Hell dropped their self-titled debut full length a while back, but have just released a third video and single ‘Last Word’ to further support it. So what better reason or opportunity do we need to revisit and take a closer look at the release.

The band told us what to expect from their album: “What if all those hooks, melodies and chord structures you love about Classic Rock where covered in distortion, the lyrics screamed bloody murder and the songs were played at Punk Rock speed.

“A Satanic sonic assault on the ears, comprised of concepts covering heartache, substance abuse, death and the occult, drenched in feedback and overflowing with blazing guitar solos.

“The Bloody Hell is what would happen If George Thorogood sang for The Misfits, but all the songs were written by Tom Petty.

Which gives you a pretty good idea what to expect. 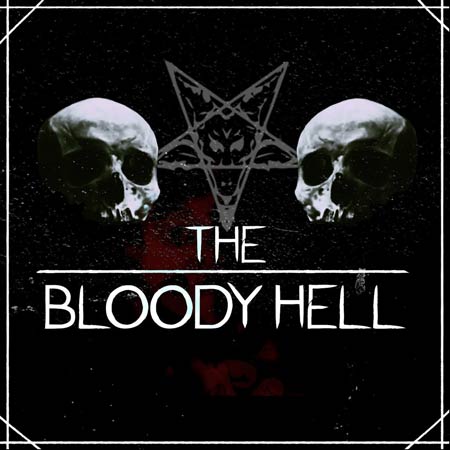 Sound wise it is very accessible. This is up tempo and fun listen that is easy on the ear and compelling to the mind, with influences that the band cite as ranging from Misfits, Nirvana and Motörhead and it is filled with catchy hooks and grungy raw edged vocals.

A winning combination in this particular context, it is a very broad spectrum and if you like a horror twist, then it could be even more appealing to you. Lyrically the content is interestingly often ambiguous and delivered with clarity of content, so you can give them your own interpretation.

Opening on the scene setting ‘Welcome to Hell’, this is a haunting piano instrumental with a distorted mid-point. It then rips into the up tempo ‘Last Word’ with its haunting, yet punchy delivery and uplifting bursts of leadwork (the video below paying homage to the great horror films of the 80’s and 90’s, particularly the original Texas Chainsaw Massacre film). The sinister theme of the song is “I’ll get the last word yet.”

‘Diggin’ is another track where the anti-hero will not let go, digging his beloved up in the graveyard. For him death does not part. Who says romance is dead, even when one of you is?

‘Evil Everywhere’ takes a sleazy bluesy twist with some excellent Blues rich leadwork rearing up across the track and is one of my favourite tracks of the album. The raw vocals sit so well with Blues element – a match made in Hell.

The tempo is back up for ‘Speed Demon’ but still maintaining a bluesy element and also with ‘Out of Our Minds’, an up tempo a song about breaking addiction, but looking back at the memories, with a bit of a Skate Punk feel to the sound.

Another favourite of mine is the sleazy and groovy ‘Drink Myself To Death’, a song about partying in Hell. We all knows the Devil has all the best tunes and with these squealing leads, this is an addictively groovy number. He is bound to want to add to Hell’s Jukebox.

Final number ‘Uncharted’  is another up tempo Blues tinged driving track, which has esoteric and occult theme to the lyrics. But most importantly it’s a groovy little closer.