Formed in 2019 by the mysteriously named A.84 on guitars and bass with L.77 covering vocals and lyrics, Spanish Black Metal outfit Vaciø have recently dropped their debut EP, Et Destituta Mortis, a three-track fifteen-minute offering, and it makes for a very engaging listen.

Vaciø have, with this EP, aimed to create their vision of Black Metal, with lyrical inspiration from occultism, misanthropy and nihilism with an esoteric slant and a sound that has a very engaging raw old school leaning which should appeal to fans of Dissection, Lord Belial, and Mörk Gryning. Diogo Mota of Gaerea joins Vaciø as guest/session drummer. 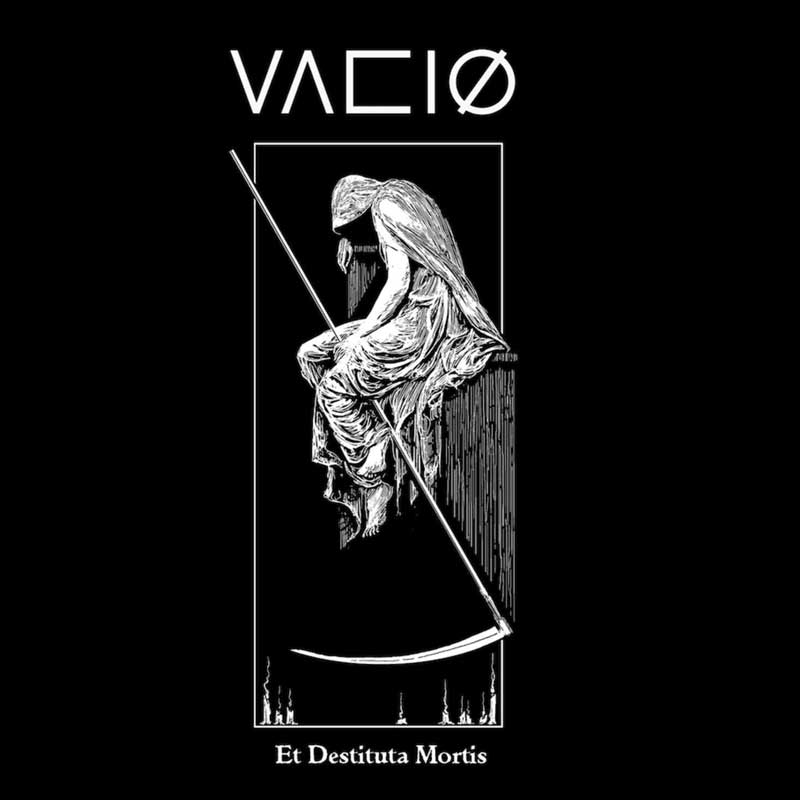 The opening piece, Two Moons (Between Phobos and Deimos), immediately delivers a burst of blackened fire as it begins and is an enthralling meld of intense and driving riffs with acerbic blackened vocals and dark and mournfully haunting passages punctuated with torturous screams. A brutally stunning and utterly engaging listen that leaves you wanting to hear more.

The subsequent track, Into The Jaws Of Sobek, does not disappoint either. It has a hypnotic dark melodic undercurrent that forms the base of the track, making it hugely engaging with the snarling vocals, drum battery and intense riffing cutting a raw swathe over the top.

There is an ebb and flow to the track, so it’s not flat or linear. Another excellent piece, as is the final offering, The Knowledge Of The Void. This opens with an intense blackened drive, dropping back with a dark, mysterious and haunting manner. All the while, the acidic vocals and driving riffs surge their way through with dark and sinister intent, again with that wonderful organic ebb and flow, making the overall sound so engaging.

Et Destituta Mortis was recorded, mixed and mastered by A.84, and the starkly expressive cover art is by Misanthropic Art and is definitely worth your attention.

Album Of The Week / Troy Redfern, an honest, raw heart full of soul