Touch, the first ever band to grace the stage at Castle Donington, have reformed and ‘Tomorrow Never Comes’ is the first song to be released by the band in almost 40 years.

Opening the inaugural Monsters Of Rock festival in 1980, Touch bassist Doug Howard was more than likely the first Donington musician to be hospitalised too, having swallowed a bee straight after their set was finished.

Howard said: “I had to be rushed to hospital because I had an allergic reaction to the bee sting. It flew into an open bottle of beer. People now think it is funny, but it could have had serious consequences for me.”

Formed in 1978, Touch, with their brand of Power Rock and soaring harmony vocals, were courted by a number of industry figures and eventually signed with Atlantic Records sister label Atco.

Their debut album ‘Touch’ was released in 1980 and a second album ‘Touch II’ was recorded in 1982 [and produced by Todd Rundgren], but never released.

While their music was popular with fans of the early AOR music trends, the band never achieved that commercial success which maybe they deserved, with multi-platinum artists such as Survivor, Journey and Foreigner pushing the genre forward in years which followed.

Now, almost 40 years later, the band have reformed and are set to release the album ‘Tomorrow Never Comes’ 30 April, though Deko Entertainment and you can listen to the title track from the album below.

Stay tuned for more details from the band at MetalTalk in the upcoming weeks as we count down to the album release.

As Mark Mangold says “Feels like déjà vu all over again!”

'The Narcissist' marks studio return for Devil Sold His Soul 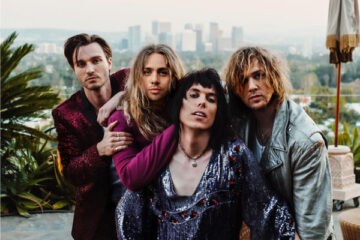