Thunder have announced a ‘TV Special’ where they will play songs from their new album ‘All The Right Noises’, plus some of their classic tracks.

Danny Bowes told MetalTalk: “As soon as we made the announcement to move our arena shows back to 2022, we decided we can not wait until then to play the new tunes.

“Fans have been asking us for a streamed gig since the first lock down began, but we have resisted until now, because it can not be a proper Thunder live show without them in the room. The format we have come up with will involve our fan club members via video for some of it, so they will see us performing and get to ask us questions too.

“It is not the same as a live show, but it is not meant to be. When the show goes out, we are hoping it will feel less like a gig and more like a TV show, with us playing these brilliant new tunes and loads of screaming nutters in their front rooms.

“What can go wrong?” 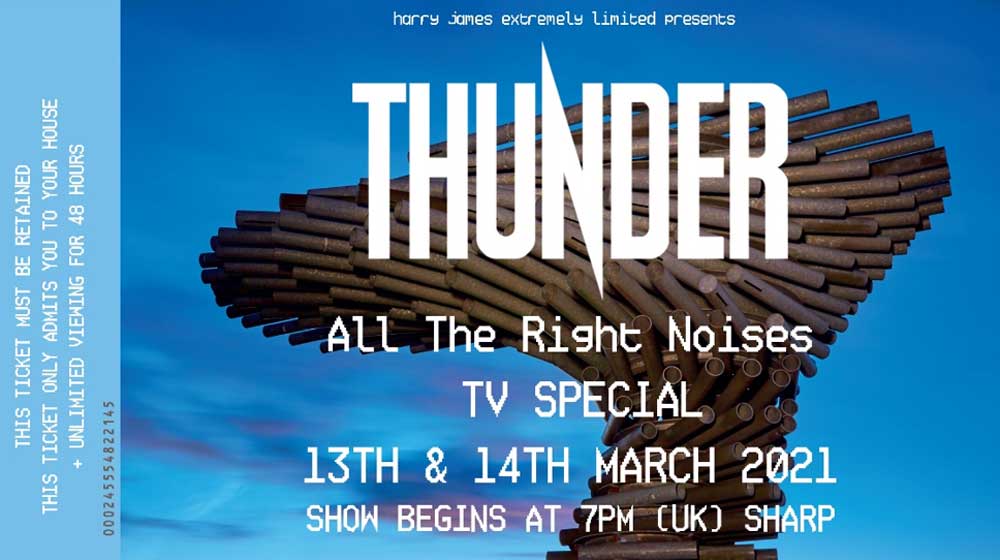 The show takes place 13 March 2021, at 7PM GMT and will be available to stream for ticket buyers for 48 hours.

Patreon members of the Thunder Channel fan club will be able to take part in a Q&A with the band via video.