I first came across These Wicked Rivers eighteen months ago whilst covering a New Wave Of Classic Rock weekender at The New Cross Inn in London for MetalTalk, when quite frankly, they blew me away. Two impressive EP’s have paved the way for today’s release of their debut album, so I’m more than happy to find this new offering in my inbox and wasted no time in eagerly reaching for the headphones and Jack Daniels.

I must say I’m initially a bit taken aback by first track ‘Tea Leaves’. This short and quirky song with its repetitive slide riff, is not your usual album opening fodder and certainly not what I expected at all to be honest. Singer John Hartwell repeating the line “I saw the death of humanity in my mamas tea leaves” six times in the space of two minutes had me wondering what else was in the tea.

I know this because I counted them during the twenty minutes I spent listening to this track on repeat until it finally made sense with me singing the line myself whilst nodding my head and tapping my foot. Some might say opening your debut album with a song such as this is a brave move, though I prefer to suggest it shows great confidence and belief, not only in this song but the remainder of the album as a whole.

Try it for yourself, you’ll be hooked. 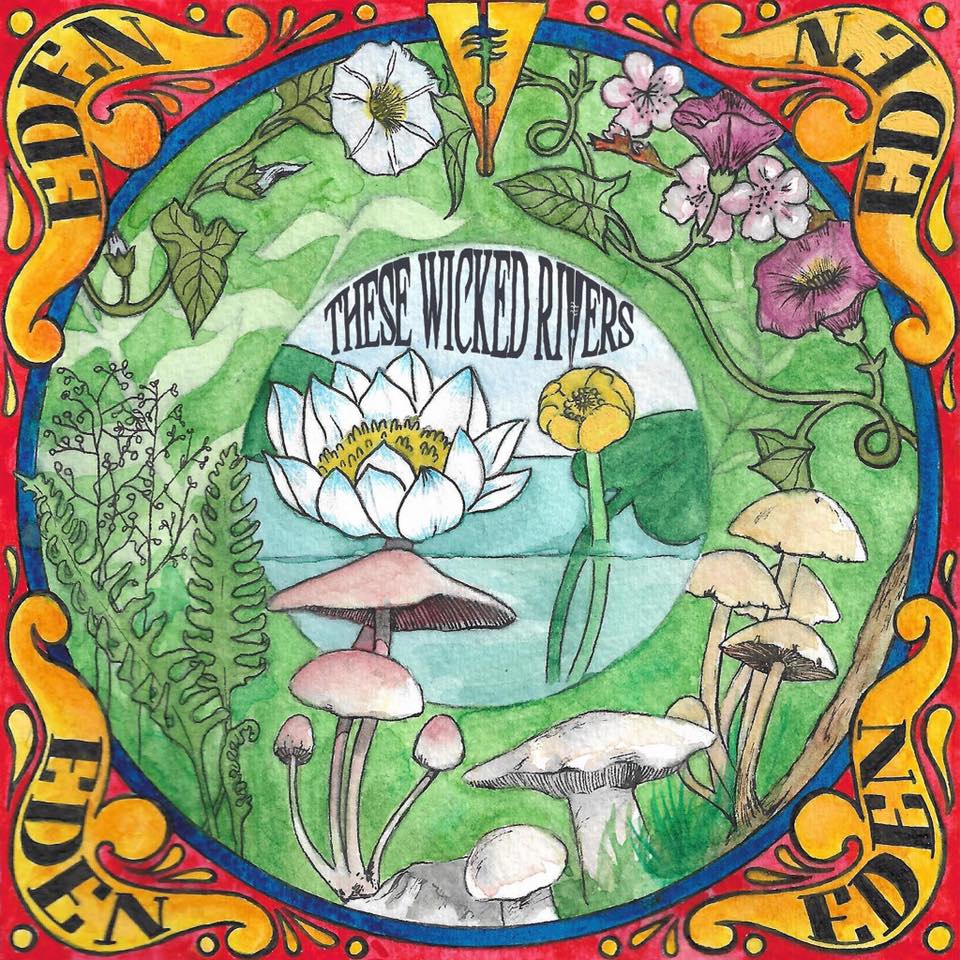 First single ‘Shine On’ gets this bluesy Rock ‘n Roll party started in earnest with guitarist Arran Day laying down some dirt trodden grooves over Hartwell’s bourbon soaked tones. “My mama told me you got just one chance here”, this guy likes singing about his mama, which is nice! Running out with blistering fretwork, before coming to an abrupt end, this song is destined to become a live favourite.

‘Hit the Ground’ opens with drummer Dan Southall getting busy leading into a foot stomping rocker. If like most people now, you’re already aware of TWR, then you’ve probably heard the next track ‘Floyd’, with it being the bands second single from the album and afforded an excellent video release to go with it.

A poignant tale that guitarist Arran Day explains: “Floyd was the first song I ever brought to the band lyrically.

“It’s a tale about a homeless gentleman who sits in doorways silently watching people committing sins. Floyd sits still in the cold wet night, shackled to the sins he’s indebted to find.

“The people he’s been watching eventually notice him and all of a sudden Floyd disappears. Was he murdered by the people to hide their lies or was he a projection of their guilt which they’ve just removed to continue happily sinning away? Who knows?”

‘Evergreen’ ups the tempo slightly and with the subject being a man in the woods living in a shack, welcoming you to the evergreen for the chance of your life. These guys like to tell tales with imaginative and creative lyrics.

The next track opens up with some snare before Day brings the riff to the table, a table full of everything that is good about the so called NWOCR, though I’m not sure one can actually pigeon hole this band. ‘Money’ is another tale, this time of money, honey, fingers in pies, loopholes and payrolls. I’m sure you’re getting the picture.

Slow picking from Hartwell or Day and ultra low end from Sam Williams introduces ‘This Train’. Hartwell’s sublime vocals taking this slow burner to another level with more impressive distorted wah from Day running out at over six minutes. You can imagine this opus in the background of your favourite Western movie – so good.

Piercing guitar leading into a fuzzy riff, makes the next song intentions known immediately from the start.  An angry Hartwell sneers “fuck all the voting, fuck all the lies” and gives good advice with the title of the track, ‘Count to Ten’.

Another slow entrance bringing visions of tumbleweed rollin’ on, ‘Cease Fire’ with its heavy chords and hooks, burns along with Hartwell quizzically asking “what’s the point of shooting when you called cease fire”. Sounds like someone wanted to get the first shot in!

‘The Garden’ and ‘Won’t be Broken’ keep this bluesy Rock ‘n Roll train on the right tracks, whilst the brooding ‘World in Chains’ sees the band “riding shotgun with the devil” in spectacular style. It is destined to become another live favourite.

Bonus track ‘Don’t Pray For Me’ is only available on the hard copy of the album, which sadly I don’t have at the moment, so my order is going in shortly and I strongly recommend yours does too.

So, a truly stunning debut from These Wicked Rivers who have had to cancel their album release party due to the lockdown.

However good news abounds, as you can catch a performance from the guys this bank holiday Monday @ 14:00 on the Breaking Bands Virtual Festival which is raising funds for all the bands appearing and RACPA (Rock Against Child Pornography and Abuse UK).

Donations can be made at https://www.gofundme.com/f/breaking-bands-virtual-festival-2020. 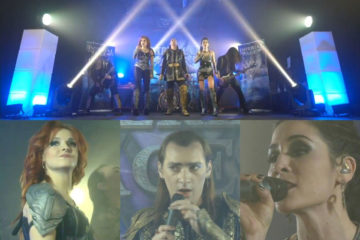