The latest production from this burgeoning company is a bard-to-the-bone, full metal hamlet with tats, biker boots, wanton violence, sword-play and fierce language scorching the air. Disturbing and exhilarating in equal measure, Hamlet may be the longest of Shakespeare’s works, but this vibrant interpretation cleverly distills the action into three well-paced 45 minute acts.

The play centres upon the hyper-kinetic performance of rising Mercury Shakespeare star Humphrey Pitman, who plays multiple roles with schizophrenic relish. For those unfamiliar with this twisted tale of obsession and succession, a quick Wiki look-up before the show will yield dividends, so you can tell your Claudius from your Horatio and your Polonius from your Marcellus. 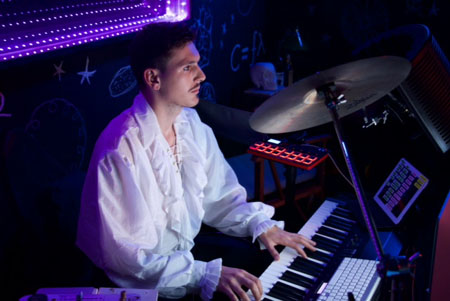 While Pitman’s the king-fu soul of the action, it’s Petrina Fitzpatrick, in her dual-role as conflicted mother Gertrude and tragic heroine Ophelia, who reveals its bleeding heart. The poised, yet poignant delivery of her character’s demise is a haunting mix of sung requiem and funereal elegy.

That being said, there’s some wonderful pathos from Philip Welford and Rayner Bourton, as the mute, masked enforcers that appear in a number of scenes. The initial threatening menace descends into slapstick violence that brings welcome comic mettle to the dark and bloody subject matter. Welford also features as Hamlet’s father, reimagined as the HOG Daddy of all ghosts: patch-jacketed, skull tattooed and long overdue a trip to the barbers. His sudden apparition was a real coup de théâtre and drew gasps from the audience as this Franken-Dane stomped relentlessly towards his cowering son. 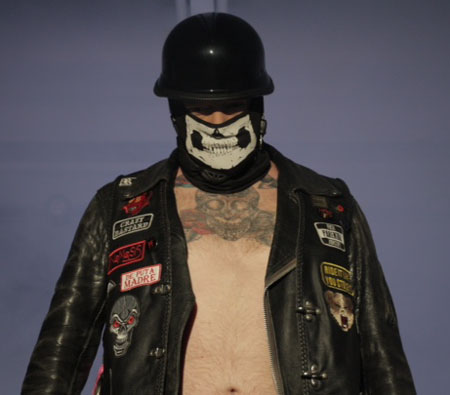 Also impressive is Benjamin Blackmore, who provides live sonic narration, astride his ‘Bard to the Future’ time machine, summoning eerie and insistent rhythms and sumptuous keyboard textures that enhance rather than overpower the dramatic tension.

So, to see or not to see? This adaptation of the Danish play certainly brings home the bacon. I heartily recommended ‘Enter The Ghost’ as an accessible, yet richly dark rendering of a classic tale, as it succeeds in lightening the heavy load of the source material without over-diluting the vital themes of morbidity and loss. 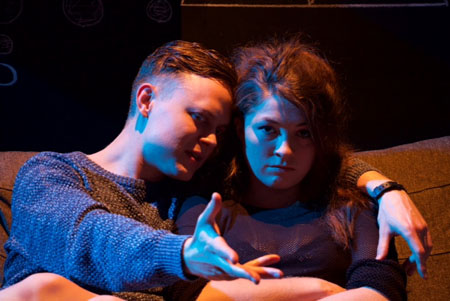 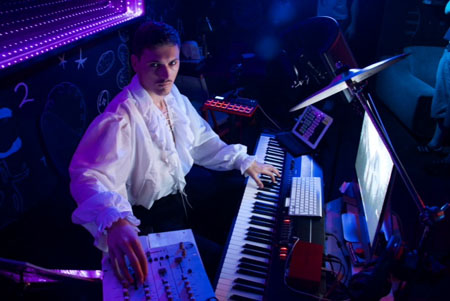 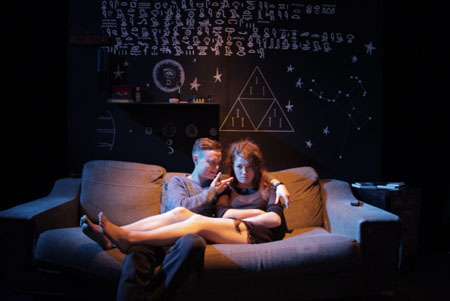