The light of Phil Lynott’s post Thin Lizzy band Grand Slam shone brightly, but briefly, during the mid 80’s and appeared to be firmly extinguished with Phil’s untimely death in 1986. However, Laurence Archer, who wrote and performed with Lynott and Grand Slam, rebuilt the machine and the bands debut album finally saw the light of day in November 2019.

Today, Grand Slam have released an acoustic version of ‘Sisters Of Mercy’, alongside details of their ‘Hit The Ground’ tour for December 2020.

‘Hit The Ground’ was the debut album recorded by Laurence, alongside Mike Dyer, Benjy Reid and Dave Boyce, and it honours the traditions of the bands history while looking to the future. The album features classic tracks co-written by Lynott and Laurence Archer alongside new songs that embody the same ethos of freedom, positivity and adrenalin of 80’s Grand Slam.

Tour dates are below and you can listen to the new track here: 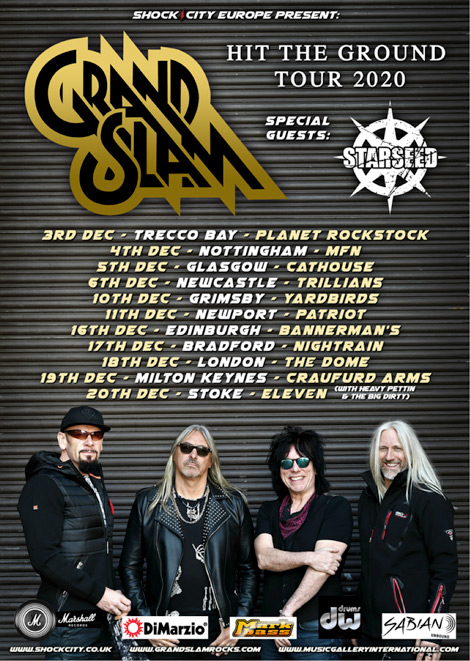