With the new album ‘House Of Noise’ set for release 17 July, Massive Wagons have today shared a hilarious Lego stop motion video for the new single ‘Bangin In Your Stereo’. The film features characters such as Noddy Holder, Superman, Darth Vader and R2D2 – see if you can spot them!

Front man Barry Mills told MetalTalk: “Bangin was one of the last tracks we wrote for the album, we were playing through all the other tracks on a regular basis in practice and just realised what the album was missing, it was this song!!

“A big old riffing rock n roller, big statement in your face kinda song, loud, ballsy, catchy as hell and under 3 mins haha, it’s a party track, goes down ace live and is really fun to perform, I love the dual guitar riff off at the start, left and right bang bang like a boxer, then BOOOM one up the middle, floored!”

Massive Wagons have also invited fans to become part of the bands inner circle via ‘Wagons World’, held on the Patreon platform. Here you can support the band and there are some fantastic packages on offer.

Global cast of 66 musicians unite for 'Together On Our Own' 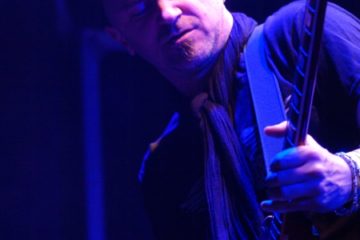