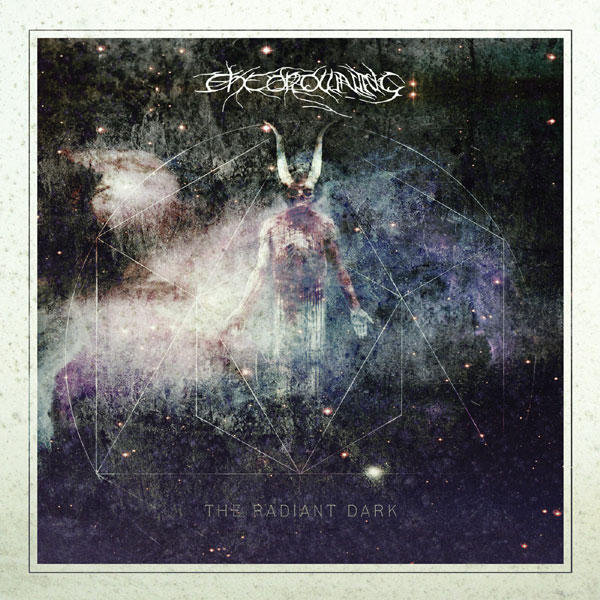 Welsh death/doomsters The Drowning return with their fifth studio release, ‘The Radiant Dark’, their first with their new label, Transcending Obscurity Records, and what a label debut it is; an utterly crushing offering!

‘The Radiant Dark’ is an eight track release that encompasses a hefty fifty-seven minutes of blissfully bleak listening time manifesting as a hauntingly melodic, rather than a sonically slow style of doom, which is infinitely more interesting, complex and enjoyable, particularly for that reflective inward looking quality.

The pace allows you to take time to ponder and reflect and the healthy duration makes each track like a meandering journey not just within the track but also within the dark recesses of your own thoughts and self and you can’t help but take stock of your own being as a result. 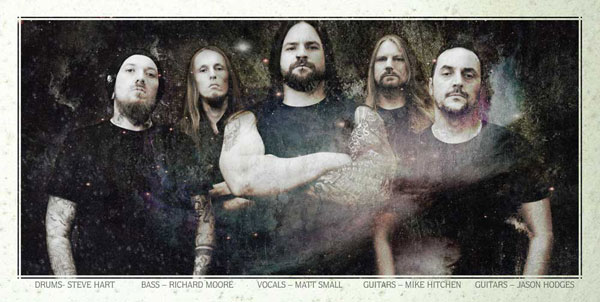 The vocals come in on several different levels, predominantly a deep growl and a higher acerbic scream, complementing each other and acting as a two sided dialogue at times, always contrasting superbly against the haunting melodies which are in abundance across the release, often forming the core of the tracks.

Add to this the predominantly restrained drum work which breaks out into short complex patterns which are skilfully dropped into those brief spaces in the sound, adding a little bit of an extra flourish and texture, and even the occasional chunk of lead work bursting through when needed, and the overall result is a powerful emotive album.

It’s hard to pick favourite tracks on an album of this calibre but I was especially drawn to ‘In Cold Earth’ where the beautifully haunting and mournful repeat melody forming the backbone of the track expands out into some equally beautifully haunting and mournful lead work, and the equally mournfully melodic ‘All That We Need Of Hell’, which slows to a heavy sombre pace as it comes to a close, like the deathly silence of a once beating heart…

Tracklisting:
1. Alpha Orionis
2. The Triumph Of The Wolf In Death
3. Prometheus Blinded
4. In Cold Earth
5. All That We Need Of Hell
6. Harrowed Path
7. I Carve The Heart From The Universe
8. Blood Marks My Grave

‘The Radiant Dark’ is such a superb album it not only gets a full ten out of ten beers, I’ll throw in a bottle of Buckfast Tonic Wine for vocalist Matt. It is available on Transcending Obscurity Records and The Drowning Bandcamp from 8th November and will interest fans of My Dying Bride, Enchantment, Mourning Beloveth, Paradise Lost, Anathema, Morgion or Officium Triste.