Sylvain Sylvain, guitarist with the famous 70’s Rock band New York Dolls, has died of cancer at the age of 69.

A founder member to the New York Dolls, Sylvain forged their style which merged the aggressive sounds of Punk Rock with the sultry moods of Glam Rock.

Before forming the New York Dolls, Sylvain and drummer Billy Murcia started a clothing business called ‘Truth and Soul’, while Sylvain also worked at a men’s boutique, a time which would define Sylvain’s fashion sense. The boutique was across the street from the New York Doll Hospital, a doll repair shop, which would eventually inspire the name for the band in 1971.

Sylvain and David Johansen would be the only constants until the band’s eventual breakup in 1977. By this time they had produced two albums, which were not crossover hits, but New York Dolls had had a huge influence on the city’s music.

The band reformed in 2004, releasing three albums and playing a 2011 ‘Glam-a-Geddon’ tour alongside Mötley Crüe and Poison.

His wife, Wanda O’Kelley Mizrahi, wrote: “As most of you know, Sylvain battled cancer for the past two and 1/2 years. Though he fought it valiantly, yesterday he passed away.”

David Johansen wrote on instagram: “My best friend for so many years, I can still remember the first time I saw him bop into the rehearsal space/bicycle shop with his carpetbag and guitar straight from the plane after having been deported from Amsterdam, I instantly loved him.

Biff Byford / Saxon are the real 'Speed Kings' with Inspirations 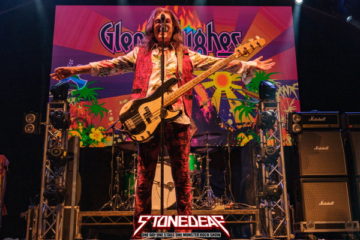