Undeniably a true Metal legend, Max Cavalera was at a crossroads in 1996 when he walked away from his life’s work in Sepultura. Troubled not only by the acrimony of the split, he was also struggling with the death of stepson Dana Wells.

That Cavalera remains a force in the world of Metal today remains a credit to the man, whose unrelenting desire to make music as he sees fit is admirable.

This deluxe package of the first four Soulfly albums plus a disc of additional bonus material allows us to return to those days over two decades ago when Cavalera, aided by his revolving door of guest musicians, came raging back to the Metal scene.

Debut release Soulfly is the first in the collection. Released in April 1998, it’s a chaotic and sometimes confusing release with multiple styles and influences. It features the core musicians of Cavalera (vocals and rhythm guitar), Jackson Bandeira (Lúcio Maia) on lead guitar, Marcello D Rapp on bass and drummer Roy Mayorga (currently plying his trade with Ministry).

Alongside these, numerous guests are sprinkled throughout the record, including the Fear Factory duo of Dino Cazares and Burton C Bell on opener Eye For An Eye, Fred Durst and DJ Lethal on Bleed and Benji Webbe (Dub War, Skindred) on vocals on Quilombo and Prejudice.

Soulfly contains tracks which incorporate the styles that were very much part of Sepultura. Plenty of tribal patterns and instruments feature, along with huge riffs on crashing tracks like opener Eye For An Eye, the funk groove of Prejudice with Webbe’s distinctive delivery and the nu-Metal flavoured Bleed.

It’s an album that stands up reasonably well today, despite some of the dated styles that dominate. At 68 minutes in length, it’s not a quick listen, but even today, there are some cracking gems tucked away. Check out the tribal delivery of Tribe or the title track, as well as the heavier stuff in the shape of No Hope = No Fear.

Experimental and different, it may not be Cavalera’s finest hour, but this is an album that brought Cavalera through a difficult time and moved him forward to the next release.

With Mikey Doling replacing Bandeira on lead guitar, 2000s Primitive saw Cavalera up the quality of writing and trimming over 15 minutes off the timing of Soulfly.

The groove style was much in evidence, with the use of the berimbau to start opener Back To The Primitive before the huge riff that drives the song kicks in. Cavalera’s growling vocal and pounding percussion both shine through in this bruiser of a song.

Elsewhere on Primitive, we see a return for Chino Moreno on Pain, the Deftones frontman having already given his support to the debut. Primitive also sees appearances from Corey Taylor on Jumpdafuckup, the inclusion of lyrics from the Seps Inner Self and Slayer’s Criminally Insane on Terrorist, which sees Tom Araya adding his vocals and the emotion of Son Song with Julian Lennon.

It all adds up to a solid sophomore release, albeit one that hasn’t aged that well today, given some of the nu-Metal elements that seep through parts of the release. Listening back now, it’s a little confused, although some of the tracks still rip the ears off.

Two years later, and 3 arrives. It’s an album that continues in much the same vein as the previous two releases, with plenty of tribal patterns and percussion and a tendency to divert to passages that at times seem incongruous with the direction of travel.

Cavalera refrained from drafting in as many guests as previously. The album opens powerfully with Downstroy, Seek’ N’ Strike and the visceral Enterfaith, the former duo being bombastic tracks that rely heavily on the punishing riff whilst the latter is simply a raging aural storm.

It’s typically brutal and, at just under an hour, contains ample tribal groove. The variation is at times stark – just listen to One and L.O.T.M back-to-back, for example, the latter a maniacal blast.

Cavalera’s tribute to Dana is delivered on Tree Of Pain, the angst and feelings of Cavalera pouring forth in a frenetic deluge of grief along with son Ritchie and bookended by some gentle vocals from Asha Rabouin. The inclusion of some world music in Soulfly III and Zumbi maintains the format from the first two albums. Overall, 3 maintained the consistency of the first two releases, albeit with the inevitable couple of weaker tracks.

Continuing the consistency of delivering an album every two years, 2004 saw the final album of this quartet in Prophecy. Of note is the complete line-up change with the arrival of Marc Rizzo on guitar, drummer Joe Nunez and a double bass approach with Dave Ellefson and Primer 55 bassist Bobby Burns joining Cavalera.

It’s also of note that this album saw more experimental world music mixed alongside the more standard thrashing style, such as the title track and Living Sacrifice. Once again, it is slightly disjointed and doesn’t flow particularly well in places, but as in the previous three releases, the overall variation in styles keeps the album interesting, and there is ample thunderous riffage to maintain the interest.

The short blasts of Defeat U contrast with the sliding reggae slant of Moses, whilst the fiercest track, Born Again Anarchist, features some stellar work from Rizzo on his debut.

The additional disc contains 12 extras songs, some of which are remixes and others which are dubbed rarer cuts. For the fan, this is probably the best disc of the five, for there are tracks here which are certainly less familiar.

As with any “extra” edition, it is usually stuff that wasn’t good enough to make the final albums, and that certainly seems the case here, with the remixes probably appealing mainly to the diehard Soulfly fan.

It’s an interesting collection of tracks with some pure aggression on the likes of Ain’t No Feeble Bastard and the 25 second Chaos counted by the expansive soundscapes of Soulfire (Uncontrollable Remix), amongst others. A unique cover of Sabbath’s Under The Sun is worth a listen as well.

As Soulfly prepare to deliver album number 12 in Totem in a matter of weeks, The Soul Remains Insane serves as a useful reminder of the roots of the band.

The package comes with a host of extras, including a detailed book. It is the music that defines a band, of course, and however you feel about Cavalera, there is enough here to demonstrate why the Brazilian icon remains an important member of the Metal hierarchy almost 40 years since he started making his own form of extreme music. 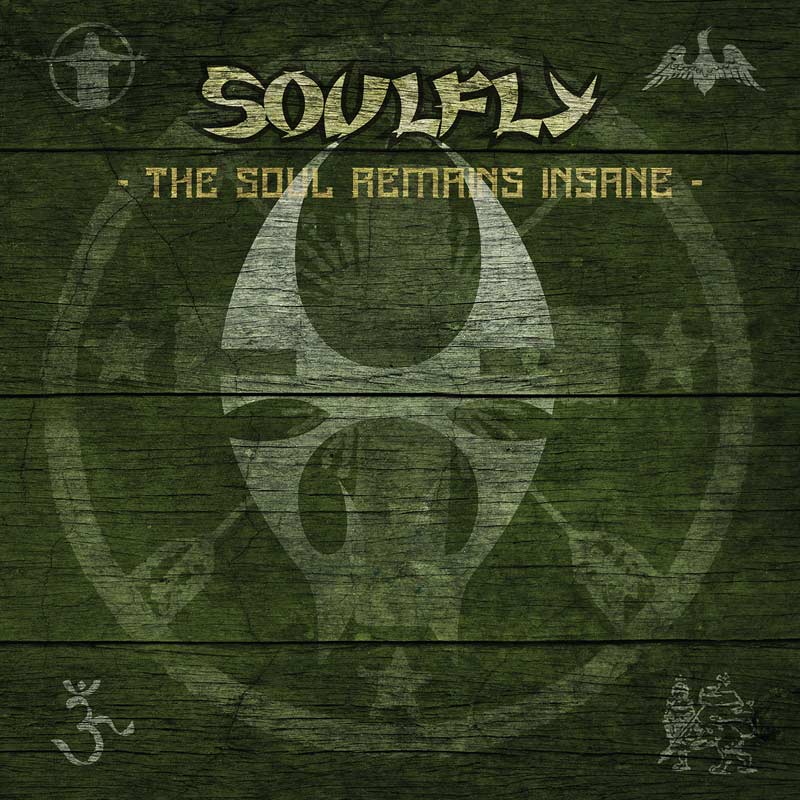 Steve Vai - Gash - A very worthy and heartfelt tribute to his fallen friend Johnny Sombrotto, this release stands as something both men could be truly proud of. Words: @pmonkhouse1 @stevevaihimself @mascotlabelgroup