Soulburn / Extreme Metal Perfection in all its powerful glory

Dutch Death/Black/Doom Metal outfit Soulburn do not surface very often, but when they do, you know that it is to deliver a brutal slice of audio devastation and that time is on us once again with just their fourth full length since 1998. ‘Noa’s D’ark’ is a further exploration into the harsh realities of life.

This release sees a refreshed line-up with legendary drummer Bob Bagchus departing and Marc Verhaar stepping up to replace him. However as a great technical drummer, he has kept true to Bob’s style, so the essential original feel is maintained, with that old Venom or Bathory feel to the drum work.

In fact the old school feel throughout is carefully maintained with devastating effect, so anyone who might be fearing a disruption to the vital status quo need fear no longer. The spirit of the blackened old school courses through the ugly veins of this album withan abundance of vehement vitriol. 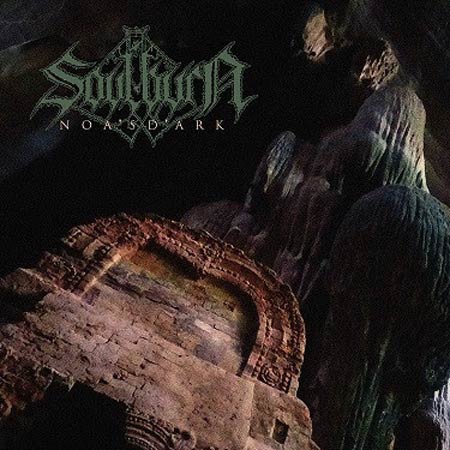 Vocalist Twan van Geel told MetalTalk that “there is a bit more variety in the vocals this time. It’s more from the heart, maybe even like how Quorthon did it in Bathory, something more primal. I tried that and I tried some clean singing as well.

“I really wanted some Bathory vibes in the vocals.

“The title ‘Noa’s D’ark’ is a play on words. I’m a big fan of Nietzsche. I love philosophy. I love to think and philosophise myself, about religion, death, life, love, magic, sex, everything. So, I just put everything in there. I’d hear the vibe of the song and I just start writing and in no time, I have this monster growing in front of me.

“I have my own thoughts about the lyrics and you can read those in the liner notes, but I like to keep it a bit vague so the listener can find their own feeling from them.

“It’s not all dark, there has to be a real balance of light and love in life, but you also have to acknowledge the real darkness in our lives, the fact that life is ending. When you embrace the end of life, which is in sight of everybody but you don’t know when and you can do everything that you want to do in your life, then that’s where I think the real magic is.

“I think then you can give life to the full and you’ll be the best version of yourself, so there is a positive side to it.

“But I don’t focus too much on the positive side, because Metal always promotes the dark side more, right? [laughs]”

First listen through. I assumed the expansive seven-minute opener ‘The Morgue of Hope’ would be my favourite track. It is that good, with it’s bleak sparse opener building with crushing doom rich blackness, stepping up further into a Black Metal plodding groove, then a more up tempo blackened drive.

I love the way this track builds in steps and the way the vocals rip through with power and vitriol. It then falls away into haunting reflection in the second half, only to come storming back, a breath-taking listen.

Then you find yourself a couple of tracks further in and realise each track is both hugely individual and equally magnificent in it’s own right. Every one reaches into your very soul and rips it to shreds.

Title track ‘Noah’s Dark’ is, as it suggests, dark and driving, filled with power and vitriol, with a robust ebb and flow and a soul ripping, broad ranging vocal delivery.

‘Anarchrist’ brims with atmosphere and brutal unrelenting raw drive and is lifted in it’s latter part, with haunting leadwork.

‘Shrines of Apathy’ has a lovely, deliberate black plod to open, developing into a dark repeat, building with an undercurrent of drum work and vitriolic vocals which slice through with utter menace. At the midpoint, there is a deranged spoken element and closing deranged shouts.

I love the vocals on ‘Assailed by Cosmic Lightning’. They take on an unhinged mood that feels tortuous. The intonation and variance is superb as they rip out above a blackened raw undercurrent.

On ‘Triumphant One’, less is more, in this sparse but powerful offering. Then when you think it can not get any better, suddenly ‘Anointed – Blessed – and Born for Burning’ manifests, a dark driving and tortuous track which features added guest vocals by Asphyx frontman Martin van Drunen adding extra layering and texture to the sound

For ‘The Godless I’, from the minute the vocal delivery starts, it sends a cold shiver through you. It is so soul rippingly malevolent.

Finally there is the superb closer ‘From Archaeon into Oblivion’ with its varying mid-tempo drive, haunting choral bursts, vitriolic vocalisations and mid-point bleak sparseness, a track which is utterly powerful to the very end.

The album’s limited first CD pressing comes with O-card packaging and two bonus tracks: ‘Abyssica’ and ‘On the Crimson Wings of my Ruin’, from their 2018 EP ‘Carpe Noctem’, the last tracks recorded with Bob Bagchus on drums.

An album for me that epitomises Extreme Metal Perfection in all its powerful glory.

The new single ‘Shrines of Apathy’ was released last Friday, which you can watch below.

Frontman Twan van Geel told us: “It is with great honour we hereby present to you our latest video: ‘Shrines of Apathy’.

“Recorded and compiled by the notorious Maurice Swinkels (aka Sephiroth – dark horned ruler from the abyss). It was a great joy collaborating with him on this, and are more then pleased with his craftmanship!

“‘Shrines of Apathy’ is the third single we spit out from our upcoming album ‘NOA’S D’ARK’, which will be happily aborted in the viral magnitude of 2020’s November 13th.

“This song as well, might just remind you all of the unstilled hunger of our death magnets! The time is NOW and however you want to fill this in on your behalf, make it count! Mors Vincit Omnia!”

Enigma Experience / Källgren tells us 'The Zone' is inspired by autism

Soulburn / Extreme Metal Perfection in all its powerful glory 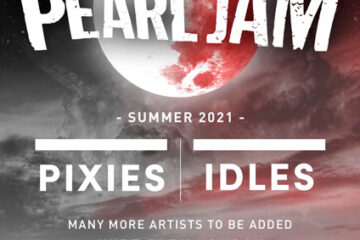