Cover me, I’m going in… this week’s Steve Göldby Talks Metal, The Covers Edition, is rammed full of cover versions only. Some will surprise you, some will shock you, and all of them will absolutely rock you.

As well as a ton of great music that you might be hearing for the very first time, all the usual features you have come to know and love are here for you, along with something completely different.

Hall Of Heavy Metal History European co-presenter, Whitney Ribbins, is co-presenting today’s show. Are the Morris Dancers summonsed? Have a listen here and find out… 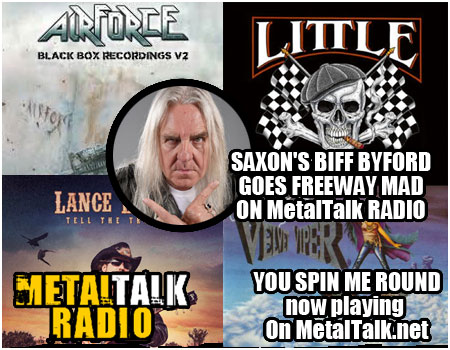 This week’s You Spin Me Round show on MetalTalk Radio features legendary Saxon frontman Biff Byford talking to MetalTalk’s Andy Rawll about the vinyl re-issues of the first three Saxon albums.

Biff and Andy pulled into a motorway restaurant and talked about where the intro to ‘Motorcycle Man’ came from and how Saxon went one better than Montrose with it, the debt he feels his band owe to The Friday Rock Show and Motörhead, the pressure they were under when they came up with two classic albums in one year and whether or not ‘Big Teaser’ was actually about tea drinking?

On this week’s show you’ll also get to hear tracks from the new albums by Promethium, Little Caesar, Lance Lopez and Velvet Viper as well as Airforce’s EP ‘Black Box Recordings Vol 2’.

You Spin Me Round is MetalTalk’s album review show featuring the best new releases with expert commentary by the top Metal reviewers around. The show is presented by Deputy Editor Liz Medhurst and is available to enjoy right here.

The MetalTalk round-up includes chat about the new Judas Priest album, Alice In Chains and their next album, Nathan Utz, formally of the band Blonz, stepping in as frontman of Lynch Mob, Def Leppard and Motley Crue and great music from The Dead Daisies, Accept, Bulletboys, Dimmu Borgir and lots more.

This show is right here in full, for your enjoyment: 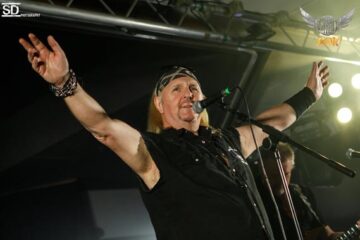