Slipknot are the Saturday headliner at Download and their sound check early this morning ensured plenty of festival goers didn’t miss the early action today.

The early start must mean that Corey Taylor has his troops totally geared up for tonight’s show, or maybe they forgot to reset their watches after arriving in the UK and are still working on American time. 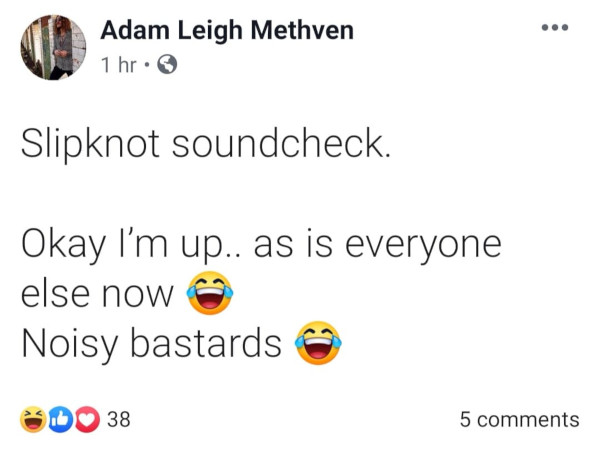 Slipknot’s first headline appearance at Download, in 2009, would also be their last UK performance with bassist Paul Gray before his untimely death in 2010. Their performance was later released as the live DVD, ‘(sic) nesses’.

All three of this weekend’s headliners have had top billing before and the subject if future headliners has been a hot topic for some years now. Download promoter, Andy Copping, spoke to Music Week and gave some clues about who might headline in the coming years:

“I look at bands that haven’t headlined the festival that definitely could and some have been around a while and some haven’t,” he said.

“Those have all just come straight off my tongue. Then you’ve got the younger element: Fall Out Boy, Paramore, Panic! At The Disco, Bring Me The Horizon, A Day To Remember, who are all snapping at the heels.” 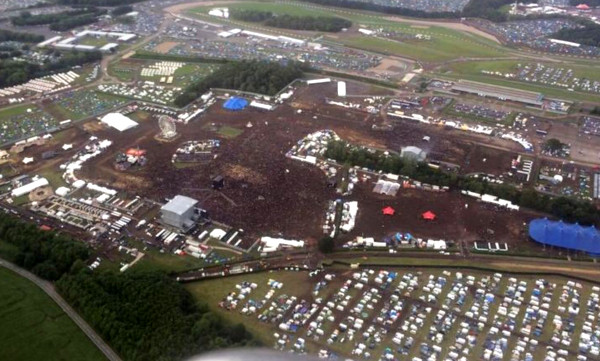 One band who never headlined was Nirvana. It very nearly happened in the early nineties when original Donington promoter and Monster Of Rock founder Maurice Jones put up a £1million guarantee (roughly £666million in today’s money) but even that couldn’t make what would have been Nirvana’s only ever UK major festival appearance happen.

But it was definitely smelling just like teen spirit at Download’s Zippo Stage this morning as Elvana, the Elvis singing Nervana tribute act, actually drew a really big crowd to the second stage.

‘Smells Like Teen Spirit’, complete with cheerleaders handling the backing vocals, was just what this crowd needed and it has definitely set the tone for the day. 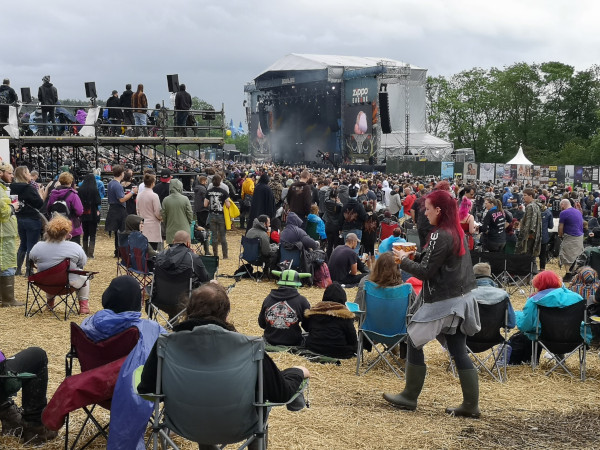 Power Trip had a massive say in that too as their sound was unbelievably loud and intense and permeated across the entire site as the band ripped through a hardcore mix of thrash and punk which the hardy souls down the front lapped up.

The Texans had the whole arena buzzing in fact, as you can see right here.

“Who’s excited for Behemoth?” asks singer Riley Gale. “This one goes out to them – it’s called ‘Crucifixation’…”

We’re looking forward to Behemoth a lot and there’s a fair chance they could take the headline of our next article which will be online in a couple of hours or so.

Download takes place at Donington Park, which is just off the M1 and right next to East Midlands Airport on Friday 14th to Sunday 16th June 2019. Tickets are still available right here.

Steve Howe / Shares 'The Headlands', the first track from 'Love Is' 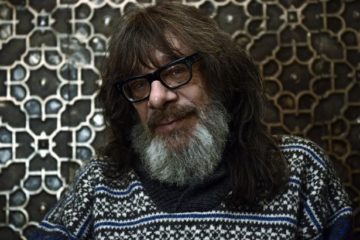