Tribute and cover albums are a most tricky beast and whilst intentions are always good, the results are often a very mixed bag. Do you go for a straight copy of the originals or put your own individual spin? Both paths are fraught with dangers: the former potentially redundant and the latter possibly taking away all you held dear of the source recordings. Fortunately, L.A. four-piece Heaven Below have managed to weave through this virtual minefield and the results, whilst some not always hitting the bullseye, mark this as an album well worth investing your time and money in.

Heaven Below – ‘Rest In Pieces – A Tribute to the Departed’

With an eclectic mix of artists, these twelve tracks, twenty-three if you treat yourself to the double disc version, cover the bases from all out Metal, Punk, Grunge and through to Country, all done with an obvious tender-hearted passion. The central concept of putting together a selection of songs linked by having one or two members having passed away is a somewhat macabre one and whilst the cover art is somewhat questionable, the music itself is excellent.

Queen’s anthemic ‘We Will Rock You’ is a great opener and a real statement of intent, a full-on Metal monster that growls and roars in all the right places – so much so that you feel sure that the band’s hard rocker Brian May would most definitely approve. 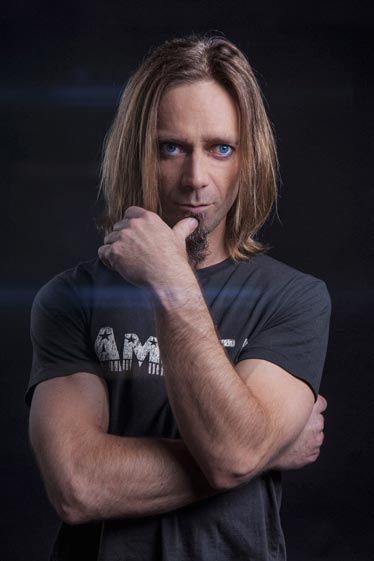 The band take a spirited swing at ‘Touch too Much’, not though messing too much AC/DC’s winning formula and Pantera’s ‘Revolution is My Name’ captures the manic aggression and prowling menace of the original.

There’s a definite change of pace next with ‘Down in a Hole’, one of the tracks where they have taken a slightly different approach and this version of the Alice In Chains gem is, and say it quietly, possibly even better than the original musically speaking.

A wonderful blend of piano and the vocals from Patrick Kennison and Nikki Stringfield adds to the layers of this lush and gentle cover that’s less spacey than the original, making it an album highlight. 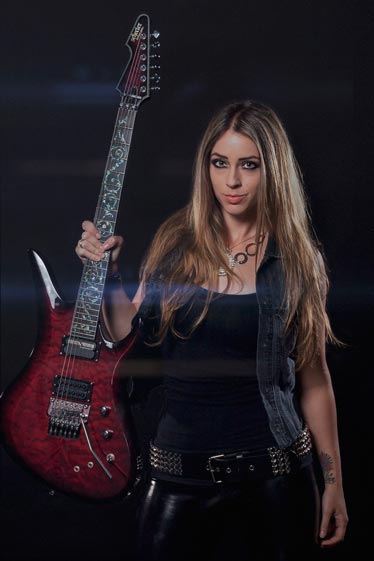 ‘Motor Medley’ is back to basics again as bass player John Younger takes over the vocal duties on this run through of ‘Overkill’, ‘Iron Fist’ and ‘Ace of Spades’, grabbing the fire of Lemmy’s crew with a roughshod intensity that is counterpointed by more finesse in the guitarwork than existed in the seminal tracks.

Johnny Cash’s ‘Ain’t No Grave’ is turned into a huge, Southern Rock bruiser powered by Shad Wilhelm’s drums, coming on as if done by Black Label Society and ‘Like a Stone’ is a soulful and gritty, AOR version of the Audioslave favourite. 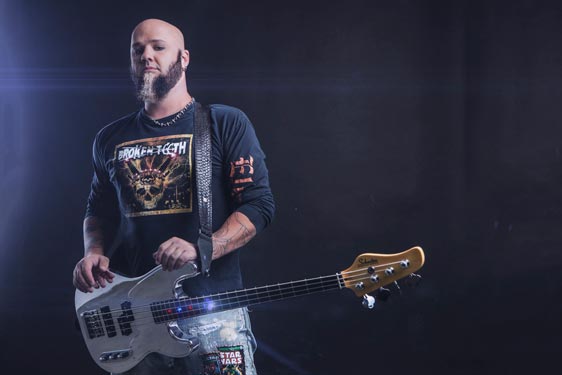 Attempting any song by Ronnie James Dio is going to be monumental task for anyone, his voice legendary and absolutely peerless, so ‘Hungry for Heaven’ was always going to be on the back foot for this very reason. Whilst the vocals, much as there is a love for RJD, don’t compare and this particular track seems to appear an over-reach due to this, the instrumental work though is monstrously good and Stringfield really shines as she attacks her guitar with real verve.

In a way, ‘Crawling’ suffers a little of the same fate, Chester Bennington’s original performance so compelling and unique, but this is nevertheless a great version with an elegant and superb arrangement, the twin vocals once more working their magic.

Alice Cooper meets Andrew W.K. in the knockabout party anthem that is ‘Somebody Put Something Into My Drink’, adding a bit more of a Metal edge to the Ramones punk leanings, before Heaven Below yet again show their more restrained side to finish the album. 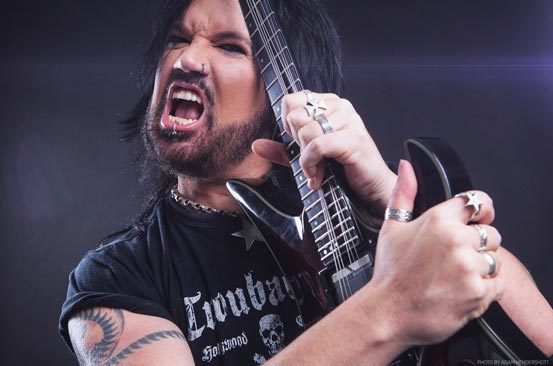 Once again, it could be said that this new take on Judas Priest’s ‘Desert Plains’ is even better than the original, it is The Eagles/Bon Jovi epic Country Rock beautifully accomplished as it makes it way in a more dynamic and less rushed manner to Halford and Co.

Overall, the album really works and by avoiding a lot of obvious choices the band have picked wisely, bringing a welcome fresh coat of paint to some old favourites and deeper cuts.

‘Rest in Pieces’ can certainly be enjoyed as a stand-alone album, appreciated as part of the band’s canon of material or as an excuse to dig out the original versions of the songs and rediscover why you drew them all to your heart in the first place.

In a world of tribute albums, this certainly stands tall and proud.

Heaven Below & The Iron Maidens – ‘Powerslave’
35 years since it was first unleashed on the world, ‘Powerslave’ remains one of the stratospheric highpoints in Iron Maiden’s catalogue, both the album and the track itself showing a band at the peak of their powers.

Ambitious in scope and epic in length, it is full of the drama and feral energy that has become the trademark of Steve Harris’s crew.

As a celebration of this landmark, Heaven Below and top tribute band The Iron Maidens joined forces in the studio and have produced this incendiary and punchy version of the song that perfectly captures all the urgent intensity.

Guitars snarl, bass and drums gallop and vocals soar as the two bands fire off of each other, sparks flying like two giant robots locked in mortal combat.

You can almost feel Eddie’s unsettling smile of approval as this charges from the speakers, his timeless, skeletal head nodding in time with the music.