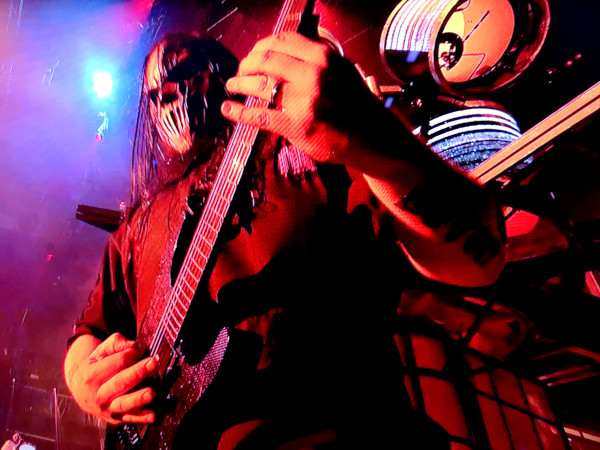 The action on the Zippo Stage is all done for the day now and what a way to wrap things up with Halestorm absolutely bringing the house down.

Halestorm followed Stone Temple Pilots, who went down much better than Die Atwoord did on the Main Stage earlier. It’s hoofing down with rain again when they come on but they win over the doubters easily with everything you need to know being said in this tweet.

Any concern about a Scott Weilandless Stone Temple Pilots were vanquished one minute in. Awesome pic.twitter.com/2C9WbOBTdW

Lzzy Hale was nothing less than a leather laden rock Goddess with the voice of a roaring tiger and her band are fluent and solid.

“It is truly a dream come true to play this stage,” remarked Lzzy and if you missed this compelling performance today, you can catch them when they return to the UK in November. 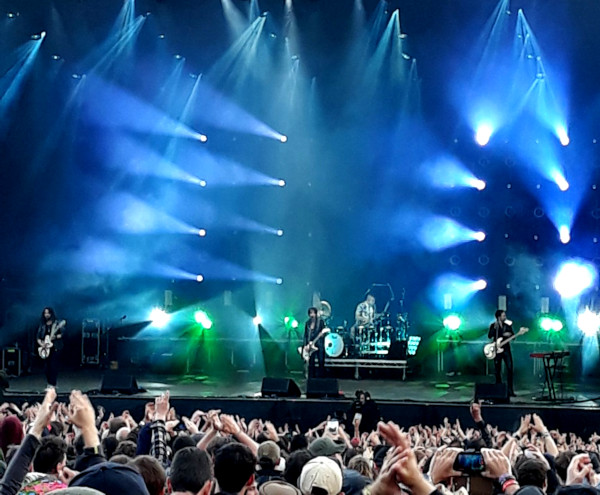 Drummer Arejay Hale, also Lzzy’s brother, pulled out an interesting solo before the frontlady asked: “Donington – are you a freak like me?” to herald in one of their best songs. There are plenty in contention for that title.

Asami from Lovebites was invited onto the stage to duet with Lzzy, whose Explorer guitar appeared to be bigger than her, but this is a big band with a big sound who have come a long way in a relatively short time and headlining Download’s Zippo Stage is just one more step on that journey. 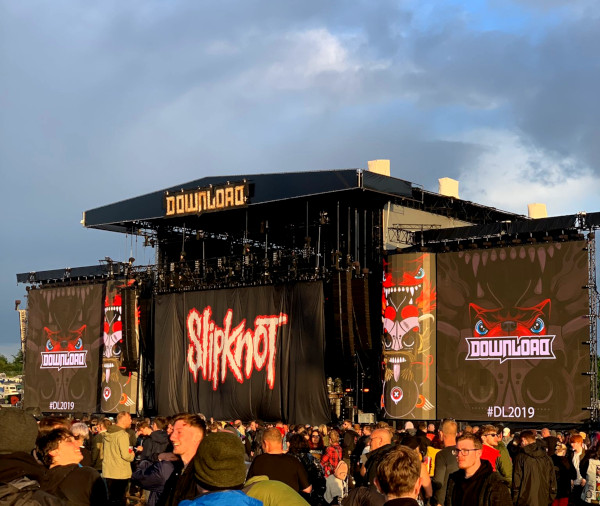 The anticipation for headliner Slipknot is amazing and the arena explodes when the banner comes down and the masked ones kick into ‘People = Shit’. They may have new masks but the support remains constant and tonight’s mosh pit is incredibly lively.

Jay Weinberg has the equal raw animalistic power of drummer extraordinaire Joey Jordison who sadly had to retire due to MS, and every fist is in the air as Corey Taylor shouts “let me hear you scream Download!” followed by “I’ve been waiting a long fucking time to say this again – how are you feeling download 2019?” 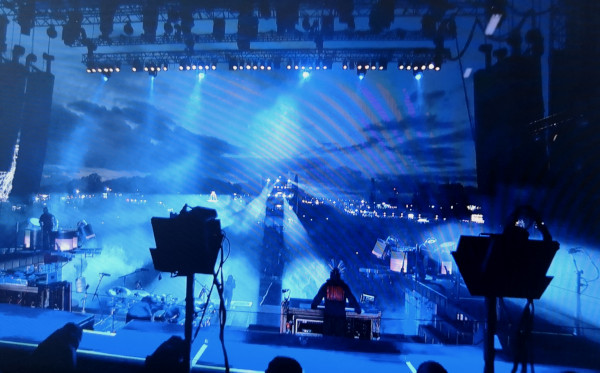 The band tear through ‘Unsainted’ as the majestic riffs and absolute brutal energy serenade Britain’s largest Metal crowd and the beauty of Corey Taylor’s performance is now on full display as he switches with complete ease between growls and melodics.

The guitars of Jim Root and Mick Thompson are absolutely growling but more than anything it’s Jay Weinberg’s drums that are right at the front, resounding across the Donington Park field like rolling thunder with ‘Surfacing’, ‘Disasterpiece’, ‘Before I Forget’ all sending this massive crowd into ecstacy, the latter seeing the whole audience singing along.

Whoever is filling in under that new @slipknot mask, keep doing what you’re doing! I feel like I’m watching a fan of the band have the experience of playing with and enjoying the band live on stage and it really shows. #LongLiveTheKnot 🤘🏽🤘🏽🤘🏽

“Of all the summer festivals and all the European festivals, THIS ONE feels like home,” says Corey as fire spits to the tunes of the choruses. He paces the stage as though on patrol, looking like the Phantom of the Opera in his new greatcoat.

“Because we’ve been looking forward to this for so long, we have something really special for you,” announces the frontman and the crowd again go wild, this time for ‘666’ which is followed by an explosive ‘The Heretic Anthem’. 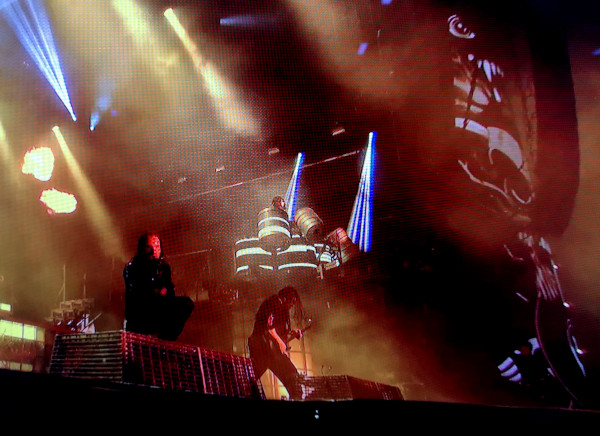 It’s sheer brutality as ‘Sulpher’ kicks in to massive smoke blasts and the whole place literally goes mental again for ‘Psychosocial’, while ‘The Devil In I’ is completely haunting.

Despite being stricken by tragedy, with bassist Paul Grey passing away nine years ago, percussionist Shawn ‘Clown’ Crahan’s daughter passing recently, as well as the previously mentioned Joey Jordison’s difficulties with MS, Slipknot are still absolutely on top of their game and were utterly triumphant tonight. 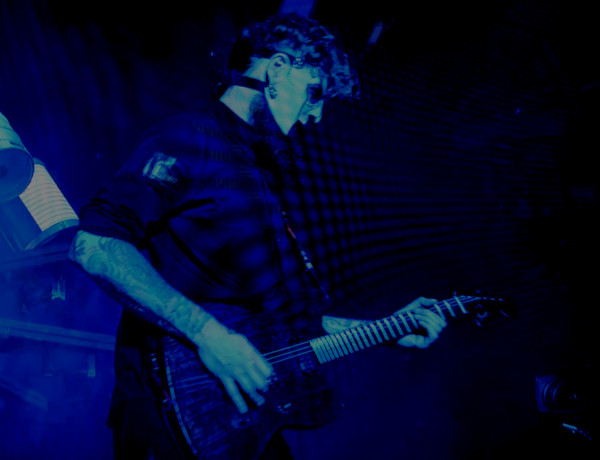 “Look around, this is your family – they are trying to divide us, but look around, we are all here,” stated Corey before ending the main set with ‘Duality’ and one of the largest mosh pits ever seen breaks out, making Download look like Slipknot have opened the seven circles of Hell!

‘Clown’ brought his other two children on stage once the encores were over in a really touching moment and talk among festival goers was not just of a superlative performance, but of this unusual poster that appeared earlier today. Can you work out it’s meaning?

Corey may have offered a big clue with his parting shot: “My friends, my family! On behalf of my brothers thank you for making a dream come true again – you’re going to see us again very soon, I promise you.” 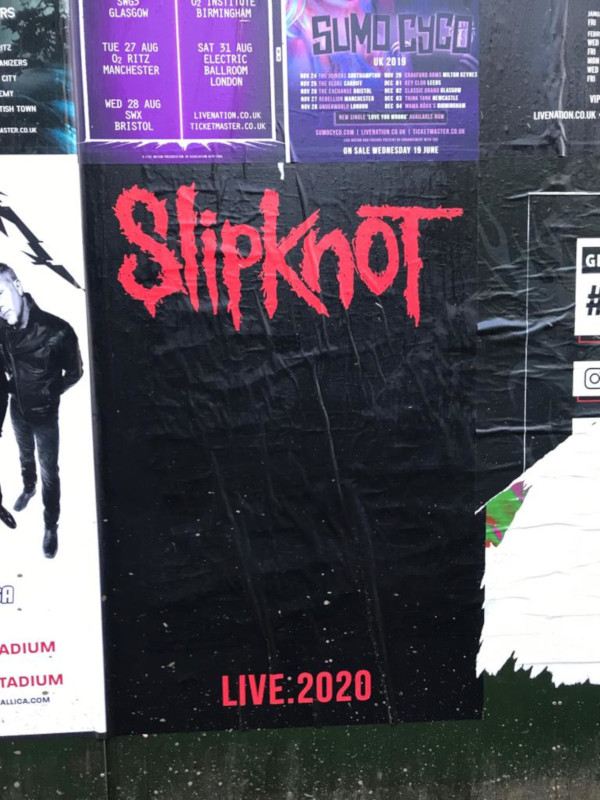 That’s it from us today. You can check out our Download coverage so far right here and you can expect the constant updates to continue throughout Sunday.