Former Van Halen singer Sammy Hagar was interviewed by Rolling Stone magazine and talked about everything from the pitfalls of success to his occasionally lavish spending habits, but it was no surprise when the conversation eventually turned to Van Halen.

Sammy clearly has a very good relationship with Rolling Stone as he stated:

“Most people I talk to I say, ‘No comment, no comment,’ when Van Halen comes up. And then I talk to you and it’s free speech. But I’m good. I have no regrets.”

When asked by the magazine whether he had spoken to Eddie Van Halen since the final show of the 2004 reunion tour, Sammy replied:

“Nope. The closest thing we’ve had to a conversation was I wished him a happy birthday two years ago [via Twitter], and I said, ‘I hope you’re doing good’. He got back and said… I’m sure his publicist or his social media person probably did it, but with his blessings I’m sure, and he said, ‘Hey, thank you, I hope you’re doing well too’, or something like that.”

And on regular rumours that he’s going back to Van Halen.

“I haven’t talked to anyone, and I’m not reaching out. I’m gonna tell you exactly what my dream would be, though. It would be Sam, Dave, Mike, Al and Eddie [the band’s 1984 lineup, plus himself]. If [Eddie’s son] Wolfie’s band opened, that’s fine.

“I’d say, ‘Dave, you go out and play two songs, then walk off the stage. I walk out, I’ll do two songs. I’ll walk off, you do two songs’. Can you imagine the competition of that? Dave goes out and does ‘Jump’ and ‘Ain’t Talkin ‘Bout Love’. I go out there and blow out something like ‘Good Enough’. You gotta hit it hard, and you better be good.

“I would give my money to food banks if they would do the same. I would love to give the fans the greatest Van Halen show they could possibly have today. And then say, ‘OK, I still don’t like you guys’.

“I think it could happen in a second. I think there’s so much money involved that somebody will make it happen. Think of the promoters, managers, t-shirt guys, you name it.

“Not a smart guy. He’s the smartest guy.

“He’s made the impossible happen with bands before. He just needs to convince Eddie this is a good idea.

“Yeah. I really think it’s kind of inevitable. And if it doesn’t happen, it’s getting kind of late now. If it doesn’t happen by next year… here I am making predictions again. But at 75, I don’t want to do a Van Halen reunion.

You can read the interview in full right here. 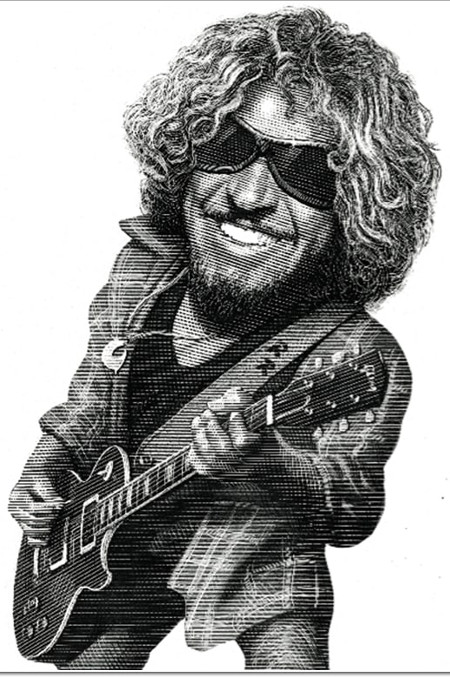 MICHAEL ANTHONY TALKS VAN HALEN REUNION WITH BOTH ROTH AND HAGAR
“I think now is the time, especially if you listen to some of the interviews Sammy has been doing…”