He may not be mentioned in the same conversation as your Robert Plant’s, Ian Gillan’s, or Paul Rodger’s of this world, but to many Robin McAuley will always be classed as Rock royalty. And for a bit of irony, he was born 28 miles north of Dublin in Meath, known as ‘The Royal County.’

With stints in Survivor, Far Corporation, and Grand Prix, he is best known for his longtime association with German axe legend Michael Schenker in the McAuley/Schenker Group, which produced three still very much cherished albums, ‘Perfect Timing’ (87), ‘Save Yourself’ (89) and M.S.G (92). As far as recording as a solo artist, McAuley isn’t exactly what you’d call prolific. ‘Standing On The Edge’ is his first venture going it alone since his 1999 debut ‘Business As Usual’, but after pretty recent appearances on two Michael Schenker Fest studio releases and a live album recorded in Tokyo, McAuley has the bug again.

McAuley told MetalTalk: “It was hard not to draw reference to the dreaded pandemic we all still find ourselves in, so I just spat out what I was feeling. ‘Standing On The Edge’ seemed an appropriate title to describe the current climate.

“In contrast to that, however, songs like ‘Run Away’ hearken back to my childhood years, racing across the fields next to our house trying to beat the rain home. I’m still running all these years later! Alessandro [Del Vecchio] sent me this beautiful music, and the lyric and melody came together quite quickly. It’s very simple and childlike and I really like how the song turned out.

“On the other hand, ‘Wanna Take A Ride’ was just me desperate to get out of the house during lockdown and head to the beach. Top down, throttle wide open, and a stiff middle finger to COVID-19. I crank this so loud in my car. Makes me smile! :)” 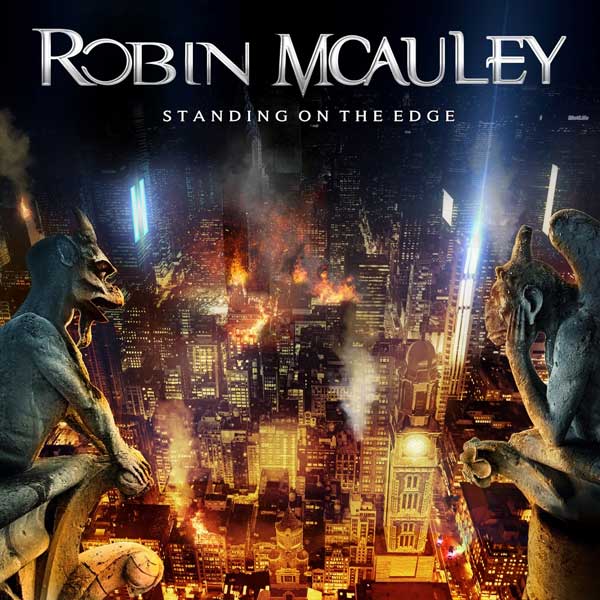 He sticks his chest out early doors with opener ‘Thy Will Be Done’ and title track ‘Standing On The Edge’, two hard nosed tunes that announce his return with a clenched fist.

With Frontiers Music darling Alessandro Del Vecchio on board as a co-writer, producer and of course keyboard duty, the sound of the songs, for the most part, are expansive. But for anybody who has forensically followed McAuley’s career, you’ll know he’s above needing any studio bells and whistles to enhancement his performance.

His glorious pipes dominate the feel good ‘Do You Remember’ and ‘Chosen Few’, so much so that it makes you realise that vocalists of this quality aren’t emerging as often as they used to.

An inevitable ballad is always on the menu with albums of this ilk. The highly infectious ‘Run Away’ is a step ahead of the normally predictable power drivel served up. This heads up a more Reo Speedwagon direction with every hook built to last.

Former Heart guitarist Howard Leese weighs in with a banging co-write and solo on the stupendously classic sounding ‘Supposed To Do Now’, bringing his years in Bad Company out in style. The quality of this album continues right to the summit with the pounding muscle of ‘Running Out Of Time’ resolutely confirming to us all that Robin McAuley is back.

McAuley told us: “perhaps this record is not everything I ever wanted to say or record in a solo effort, but it’s how I felt at the time. I’m far from being done. I hope you like what you hear.”

‘Standing On The Edge’ is pure comfort Rock at its very best.

Standing On The Edge

Edoma / Encapsulating all the best aspects of Black and Death Metal 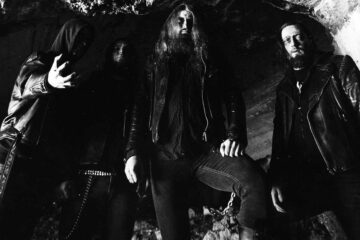