A recent quote from Rush guitarist Alex Lifeson confirmed what Rush fans already knew, but hoped wasn’t true. He said – “We haven’t toured for a few years and there are no current plans for us to get together to write or record. You could say that we (Rush) are finished.” Thus closes the final chapter on Rush’s almost half century career.

The legacy that Rush leave behind cannot be overstated – nineteen studio albums, eleven live albums and nine compilations and ALL done on their own terms.

Rush were formed in the Toronto suburb of Willowdale by school friends Alex Lifeson, Geddy Lee and John Rutsey. They did the usual round of bar gigs before finally recording their self-titled debut album in 1974.

The line-up changed for the one and only time in July of that year when drummer Neil Peart replaced John Rutsey. Originally written off as a “poor man’s Led Zeppelin”, Rush took their brand of geeky prog rock around the clubs of Canada and America. The band signed to Mercury records and their story really began in earnest.

With Peart’s lyrics and colour and depth to Lee and Lifeson’s extravagant musical landscapes, Rush slowly began their rise. A fateful meeting between label and band in late 1975, after their poorly received ‘Caress Of Steel’ album saw the label demand that they write more hit singles to get airplay.

Rush’s answer was’2112′, an album that contained a side long sci-fi conceptual piece about a dystopian future where everyone was ruled by the priests of The Temples Of Syrinx. Peart loosely based his lyrics around the writings of Ayn Rand and the band made a conscious decision to deliver the best possible album they could.

If they were dropped, then at least they would go down in flames and more importantly, on their own terms. ‘2112’ found Rush a broader fan base, much to the band and label’s amazement. Concert attendances started to rise and they actually began to make some money. Not a king’s ransom, granted, but enough for Mercury to leave them to their own devices.

The first album after ‘2112’ was also the band’s first live album, ‘All The World’s A Stage’ which was recorded in Toronto on their ‘2112’ tour. This started a pattern that would remain for a number of years. Each chapter of the band’s development was closed with a live album, generally after four studio albums. 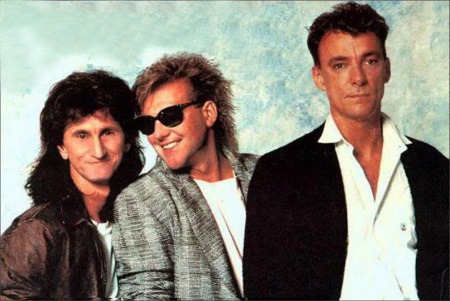 Given that the early 80s saw the New Romantic explosion and synthesizer based music really finding its feet, that chart position is quite an incredible achievement from an old Canadian prog rock band.

I was introduced to Rush’s music around 1980 when I was a wee lad of 13 years old in Scotland. Straight away, the complex music and intelligent lyrics set them apart from the rest of their peers. Yes, Genesis and E.L.P. all seemed a bit too much English public school for my taste and Rush became my prog rock band of choice.

A friend of mine gave me a loan of ‘All The World’s A Stage’ and that album changed my musical life forever. I made it my mission to collect as many Rush albums as my meagre pocket money would allow.

After around a year, my collection was up to date and then began the eager anticipation of each new release. The early 80s also saw Rush take a drastic change in musical direction, ditching the long sci-fi themed epics in favour of a more modern keyboard augmented New Wave sound.

Fast forward to May 25th 1983. That fateful day was my first introduction to a Rush live show. A group of friends hired a minibus and we drove the 3thirty odd miles from Greenock to the Royal Highland Exhibition Centre at Ingleston on the outskirts of Edinburgh.

This grand sounding building turned out to be nothing more than a huge cattle shed (literally!) but I didn’t care – I was finally going to experience Rush live! Obviously my memories of that night are somewhat hazy, but I do remember the awful smell of the thousands of cattle that had trooped through the venue when it wasn’t being used for gigs, the volume of the band was huge and the crowd were REALLY up for it. 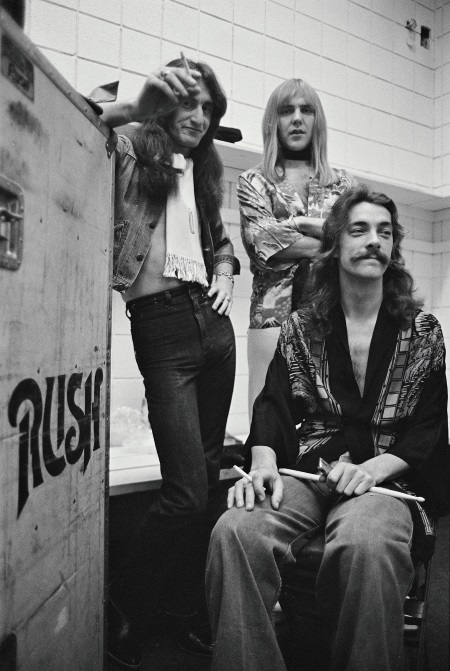 I definitely remember Geddy Lee asking the audience to move back a few paces to stop the people at the front being crushed against the barriers. My sixteen year old mind was officially blown – they were everything I expected they would be and more. I would go on to see Rush a total of eight times and all of them were special occasions.

The last time I saw Rush was on May 30th 2013 at the SECC in Glasgow on their ‘Clockwork Angels’ tour. That show was momentous for two reasons – I took my youngest daughter with me and it proved to be the last time the band would play Glasgow, or even Europe. It was also the best concert I’ve ever seen – and I have been to a LOT of gigs throughout the years.

The band were joined onstage for the second set by the ‘Clockwork Angels String Ensemble’ who enhanced the live performance of almost the entire ‘Clockwork Angels’ album and also a selection of Rush classics. Everything about that show was perfect for me. I was with my daughter watching my favourite band perform at the very top of their game and we witnessed a remarkable live spectacle.

Roll back the years to August 10th 1997. This would be a date that would change drummer Neil Peart forever, and in turn, Rush as a band. On that date, Peart’s nineteen year old daughter was tragically killed in a single car accident in Canada. Almost 10 months later on June 20th 1998, Peart also lost his wife to cancer.

Unsurprisingly the drummer was consumed by immeasurable grief and set off on a motorcycle trip that would see him on the road for a whole year, covering 55,000 miles. One cannot begin to imagine the emotional turmoil he must have been experiencing on that journey, having his life turned on its head in such tragic circumstances.

He told his story of that emotional journey in his book ‘Ghost Rider: Travels On The Healing Road’ which is a raw account of a man at a very real crossroads in his life, both personally and professionally. 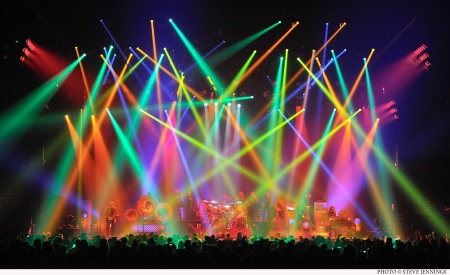 Rush remained on hiatus until 2001 when Peart informed his bandmates he was ready to get back to work. At the end of 2013’s ‘Clockwork Angels’ tour, the band decided to take a year off after a number of years of heavy touring and album releases.

When they reconvened, Peart had already made up his mind to tell the guys he was retiring. Speaking in the ‘Time Stand Still’ documentary, Peart said “The only reason that would make me go back on the road is if one of the guys were to say that they had a medical problem and didn’t know how much longer they could play for.”

Guitarist Alex Lifeson said that very thing. He told his bandmates that he’d been diagnosed with arthritis in his hands and he would like to go on the road one last time. Peart also said in the documentary “I had the worst case of Tourette’s that night in my hotel room after hearing the news from Alex. The next morning I shook myself down and said – it is what it is, let’s go one last time.”

The R40 tour was announced and the press release for the dates stated that it would probably be the last major tour the band would undertake. The tour lasted thirty-five dates across North America and the final show was on August 1st at the LA Forum.

At the end of the gig, Peart joined his bandmates at the front of the stage to take a bow and say goodbye, something he had never done in all his years onstage with Rush. That moment alone sealed the deal on Rush as a live act. That was it. Finished.

Am I sad that there will be no more albums or tours – YOU BET! Do I understand their reasons for stopping – definitely.

I did feel strangely emotional when I read Lifeson’s confirmation of Rush’s retirement. I know they are just a rock band, but they were MY rock band.

If Dirk, Lerxst or Pratt ever read this, I would like to give my personal thanks to them for providing the soundtrack to my adolescence right up to the present day, and for providing me with untold moments of musical and lyrical joy.

It has been an honour to watch and listen to you grow as musicians and, to quote a lyric from the ‘Clockwork Angels’ album – “All that we can do is wish them well.”