Robert Plant has announced that a new 30 track ‘Digging Deep’ anthology will be released 2 October, via Plant’s own Es Paranza label. Further news is that the first episode of the third season of his acclaimed podcast, ‘Digging Deep with Robert Plant’, was aired 27 July.

The 30 tracks includes three previously unreleased songs: ‘Nothing Takes the Place of You’ (written by New Orleans musician Toussaint McCall and recorded for the acclaimed 2013 film, Winter In The Blood), ‘Charlie Patton Highway (Turn It Up – Part 1)’, taken from the soon to be released album ‘Band of Joy Volume 2’ and a spectacular duet rendition of Charley Feathers’ rockabilly classic ‘Too Much Alike’ featuring Patty Griffin.

‘Digging Deep with Robert Plant’ is now into its third season. Five brand new episodes will premiere every two weeks, all recorded earlier this year with BBC 6 Music’s Matt Everitt, before a live audience at London’s Rough Trade East.

The podcast finds Plant delving into his back catalogue to revisit songs recorded in his incredible history, while also telling stories of inspiration, collaboration, and intervention. The podcast has proven a success, with over 1.6 million streams/downloads. 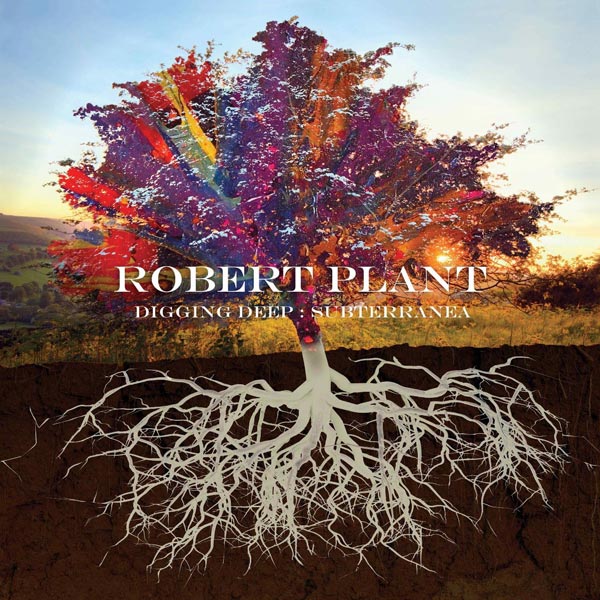 CD1
Rainbow
Hurting Kind
Shine It All Around
Ship of Fools
Nothing Takes the Place of You *
Darkness, Darkness
Heaven Knows
In the Mood
Charlie Patton Highway (Turn It Up – Part 1) *
New World
Like I’ve Never Been Gone
I Believe
Dance with You Tonight
Satan Your Kingdom Must Come Down
Great Spirit (Acoustic)