As the world continues to mourn the loss of one of the greatest Guitar Legends, Eddie Van Halen, Ritchie Blackmore has spoken of “the ultimate guitar hero.”

Blackmore said: “Eddie Van Halen was a brilliant guitarist who started a technique of guitar playing which was emulated by a whole generation of guitarists.

“He was one of the nicest musicians I ever met in the music business. Very shy and not at all conceited about his ability as a guitar player.

“Frank Zappa said he [EVH] reinvented the guitar. I agree. He will be sadly missed but his brilliant legacy will always be remembered.

Gene Simmons, who produced demo recordings of Van Halen in 1976, said: “Your jaw will drop when you hear that demo and all that music coming out of four guys”, he told the LA Times.

“He [EVH] knew the greatness in his fingertips. You could feel the confidence as soon as he picked up a guitar, but there was none of this ego and bullying that a lot of talented people seem to have. I’m no stranger to that myself.”

Simmons posted a short, tearful video to Twitter: “I’m heartbroken. He wasn’t just a guitar god. … He was a gentle soul. What can I say? Rest in peace, Eddie.”

What a Long Great Trip It’s Been.. pic.twitter.com/lfTcxwRSaT

We received this from Alex Van Halen… “Hey Ed. Love you. See you on the other side. Your brother, Al”#EddieVanHalen #EddieVanHalenRIP pic.twitter.com/dunXGiXhkK

We love you Eddie. The music will live forever. – Mike & Sammy. @eddievanhalen https://t.co/TUOgRvAAov 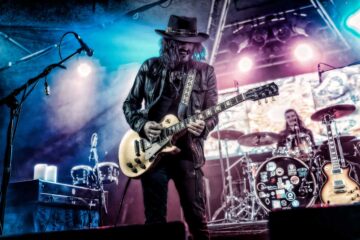