There is no better feeling than when you discover a new band that completely “destroys you”, within the first minute of listening to their album.

This is exactly what happened when I pressed play on ‘Dark Vistas’, the second album from Swedish conceptual Death Metal trio Furnace

At that point I knew nothing about the band, other than genre and nationality, but within those first sixty seconds I knew was it was a powerful listen, as it made the hair stand up on the back of my neck.

While reading the brief that came with the release, eager to discover more, this mesmerising meld of “conceptual Death Metal in a melodic, thrashing and gothic setting” as it was described, had well and truly got me hooked.

There is something strongly familiar to the sound, particularly the vocals. A powerful, yet fluid growl, with impeccable clarity of lyrical content and excellent intonation. alongside addictive riffing.

To next discover that this was one of the newer projects of the thirty plus active projects of the Swedish Death Metal Legend Rogga Johansson was less of a surprise. I had lost count of exactly how many, to be honest, I suspect he might have also, but given his outrageously massive musical output annually, I also forgave myself for letting the debut Furnace release ‘Black Stone Church’ slip by me.

On this project Johansson is joined by Peter Svensson (Assassins Blade, Cult Of The Fox and Void Moon) on bass and backing vocals, and Lars Demoké on drums and percussion. 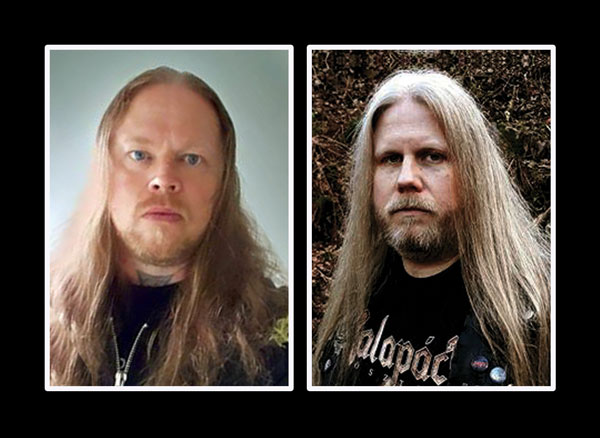 ‘Dark Vistas’ is a “full on story telling album” which “delves deep into the Lovecraftian and cult riddled mythos!”

It has a sound that is Death Metal at the core, but the melodic element seems to echo a subtle meld of The Cult and Neil Young. It is this element that manifests in a Gothic tinged melodic construct that courses beneath and between the individual tracks of this forty-three minute eleven track offering, giving them a commonality and continuity of theme without being repetitive or samey.

Opening track ‘Suburban Nightmare’ really does make the hair stand up on the back of your neck. I’m five listens in to the album now and it still sends a shiver down my spine. This sums up much of the charm of this whole album; it’s engaging and unnerving in equal measures.

‘The Other Ones’ is a mid-tempo, sinister chugger, with a couple of melodic but powerful drops in tempo along with some great drum work. This is the first time I have crossed paths with Lars and I’m quite impressed with what I’m hearing across this album from him – his playing is very varied and expressive.

‘The Calling’ is a dark, haunting track, with a driving pace and d-beat which all takes a dark diabolical turn in the second half, before resuming the original haunting mood.

‘Yog-Sothoth (The Key and the Gateway)’ is slower, with a sinister haunting mood, very Lovecraftian, and here, Rogga treats us to some superbly protracted vocals, adding to the sinister atmosphere. This is especially so, when Peter’s backing vocals join Rogga’s and there is a light gothic melody at the mid-point, which serves to make the rest of the track even more sinister.

’94 Bloch Lane’ has a beautifully bleak gothic melody, which sits so well with the deep vocals and the pace ramps up for the dark punchy ‘Trapped’.

‘A Journey through Dark Vistas’ has great bleak and reflective opening riffs, sitting well with the accompanying drum work, alongside a dark groove, paring back to make way for the very commanding growling vocal delivery. The opening riffs are reflected in the melodic interludes across the track, with that key original Gothic melody popping up in the second half to keep the continuity.

‘Escape’ is haunting and wistful to open, building with layers of both punch and gothic groove and great drum rhythms.

‘From the Blackest Void’ is predominantly up tempo and driving, aside from a few poignant drops, and Rogga’s vocals take on a brutal snarl with an eerie soundbite closer.

‘Eve of Triumph’ continues in a similar tempo and drive to it’s predecessor, with an extra touch of gothic melody and acerbic tortured low screams towards the close.

The aptly titled ‘Another Ending’ brings these dark tales to a close, with the return of that meld of The Cult and Neil Young Gothic melody from the opening track tying everything together. This just makes you want to go around for just one more listen through… the sign of a great album.

‘Dark Vistas’ was produced at the Rotpit and Night Wind Studio, with a cover artwork by Juanjo Castellano. The layout and logo were crafted by Roberto Toderico and the album is available from Soulseller Records as a CD, LP or digital release.

An essential buy for all Rogga/ Swedish Death Metal fans, this really is a spectacular listen and it’s wonderful to hear Rogga continuing to push his boundaries further. 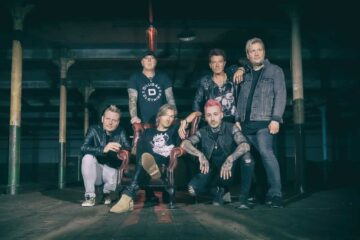