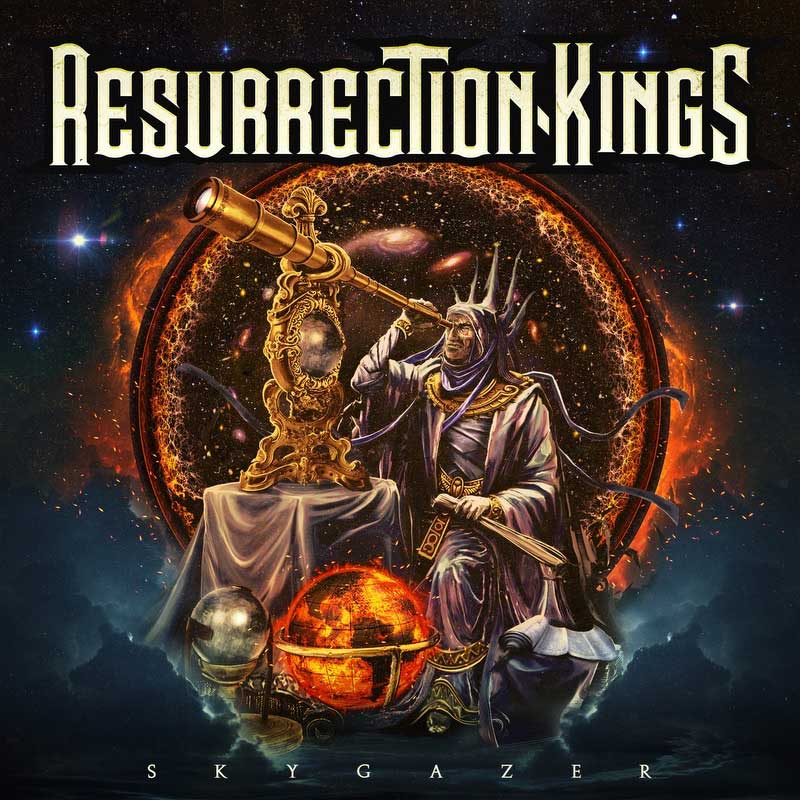 Resurrection Kings are back with their second album, Skygazer. With a heavyweight lineup and a strong set of songs, guitarist Craig Goldy’s band continue to set the bar high with this solid release.

Craig played on three Dio albums and replaced Jake E Lee in Rough Cutt, so he has all the chops and more. “We all brought our A-game to the making of this album,” Goldy says. “With the freedom to utilise the music we were all influenced by that started our musical endeavours to begin with. Hopefully, we expanded upon them in a way that will, in turn, inspire another generation of listeners to start a similar journey.”

L.A. based Chas West handles the vocals, having performed that duty with bands including Lynch Mob and the million-selling Foreigner. On the skins, Brooklyn-born Vinny Appice is drum royalty, with credentials including Dio, Black Sabbath, and even backing John Lennon on numerous occasions.

Skygazer, the opening track, is a huge sounding piece of music. With a low-down riff and immense chorus, this Purplish type tune indicates what to expect for the whole record. Chas West is clearly a class act. It’s no surprise he is front and centre throughout this album. His range, control and expression impress.

The faster-paced World’s On Fire comes next. Machine-gun drums, serious lyrics, and a John Sykes (Whitesnake 1987) approach give way to an astounding solo, courtesy of Mr Goldy. This band is quite clearly Craig Goldy’s baby, but the songs most certainly come first, and so they should at this level of songwriting.

There’s a theme of Purple, and later Sabbath running through this release, which is no bad thing. From the more bluesy Tears to my star track Fight Against Our Pride, these songs are both memorable and, yes, catchy. Beware ear-worm guys and gals.

Angry Demons, a more menacing version of Mistreated, gives way to the riff-tastic Savior Of Souls, which gets my vote for the guitar solo of the whole album.

Foreigner fans will enjoy both Don’t Blame Our Love and Calling All Angels, which has another solo to take you to the sky and back. The moody but quick Is This The End, foot-stomper Troubled Soul and the marching beat of Set Me On Fire complete this wall-of-sound package. The whole thing is held together by Vinny Appice’s performance, which sounds like Godzilla is in town (and he’s only round the corner).

I’m very glad they did, as quality shines throughout, centred on songwriting, supported by artists at the very top of their game. You will enjoy those ear-worms.