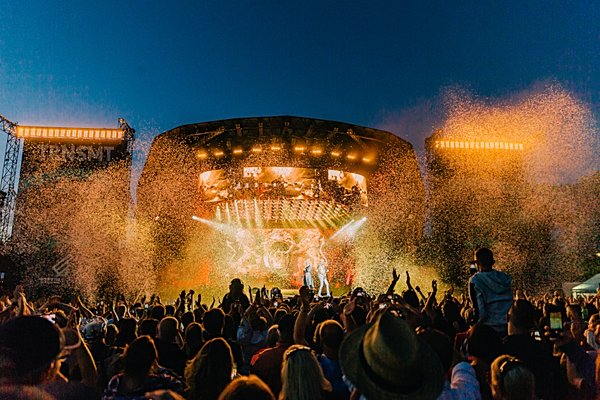 With Scotland’s biggest music festival, T In The Park, on hiatus, Glasgow’s TRNSMT has become the most high profile event in the live music calendar north of the border.

Based in Glasgow Green in the centre of the country’s largest city, it draws up to 50,000 revellers per day and this year took place over two three day weekends. In common with T In The Park it’s more a mainstream rock kind of event with headline acts this time like Liam Gallagher And The Killers. However on the second Friday they put together a bill with enough of a hard rockin’ edge to tempt MetalTalk along for a look.

Opening the day on the secondary King Tuts stage were local favourites The Amorettes. These three hard rocking ladies have been treading the boards hard of late but I doubt they have had the opportunity to play a set to a crowd bathed in such warm sunshine. As always they took the circumstances in their stride and produced a short powerful performance full of their usual verve and energy. Traditional set closer ‘Hot And Heavy’ was probably never more appropriate given the heat of the day. If they keep performing like this it won’t be long until they are on the main stage at events like TRNSMT. 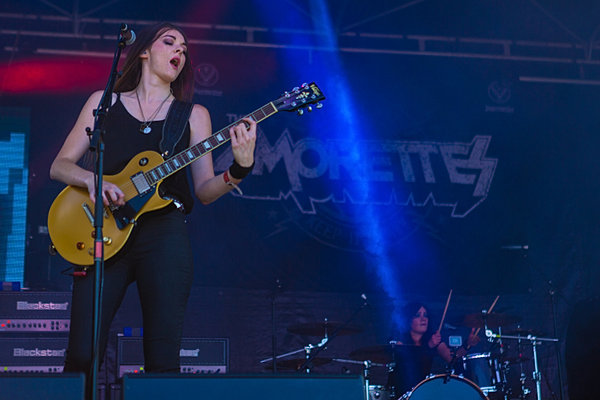 Over on that main stage The Temperance Movement tried to reach out to the sun soaked masses with their blues fuelled rock’n’roll.

They didn’t have the best sound and like most of the bands on that stage today they struggled a bit to get a reaction from a crowd who were mostly over a hundred yards away beyond a massive fenced off ‘Golden Circle’ viewing section. Singer Phil Campbell’s quirky humour helped them along though and there was some grooving in the sunshine. 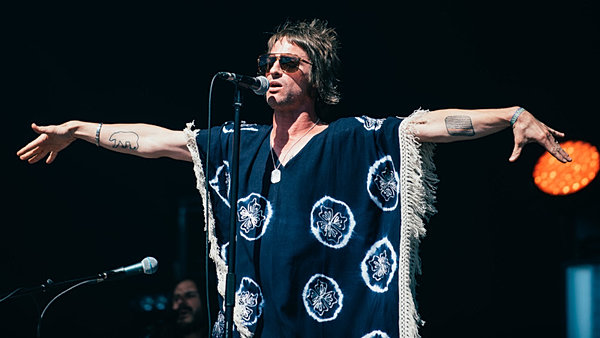 The Darkness were next up and it wasn’t long before Justin Hawkins was complaining about how far away everyone was. Of course if anyone can bridge that gap it’s him and they were soon creating their usual good time rock’n’roll vibe.

Meanwhile, over on the King Tuts stage Glasgow’s own Mason Hill were managing to do the same, pulling in an appreciative crowd with their brand of melodic hard rock. Full of youthful swagger and a friendly affability epitomised by singer Scott Taylor, they had style and substance and made new friends while pleasing their old ones in the crowd. 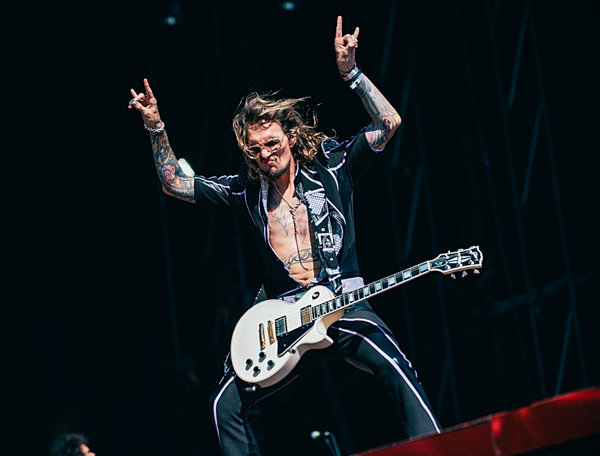 Back on the main stage the acid country rock of the Alabama 3 was a bit of a left turn musically and that massive gap between them and most of the crowd proved a real barrier for them. Despite a massive bass heavy groove and a wacky sense of humour they struggled to get the audience going.

The main stage area was getting very busy now and to keep a good viewing slot I had to forego any more visits to the second stage. This meant getting a good look at Scots veterans Texas who went down very well but seemed awfully bland to this old rocker and a step too far towards the mainstream for me.

Headliners Queen are a band who have successfully crossed over into the mainstream while still retaining their rock street cred. The opening duo of songs in ‘Seven Seas Of Rhye’ and the classic riffing ‘Tie Your Mother Down’ illustrated that perfectly, a pair of genuine rock tunes embraced with open arms by a massive crowd of mixed ages and musical backgrounds. 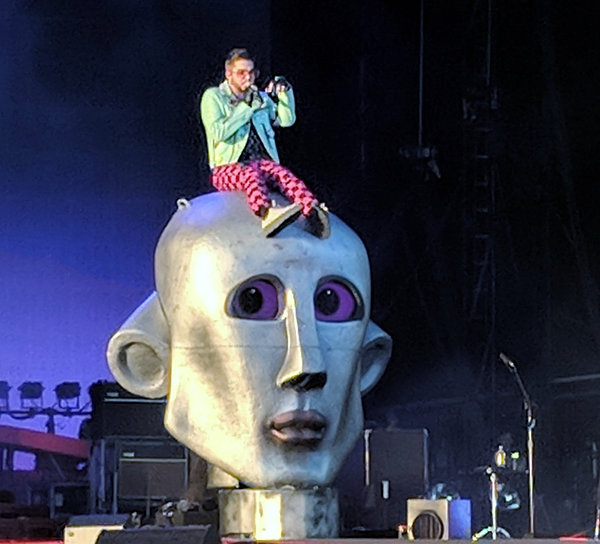 They have clearly succeeded in getting past Adam Lambert being out there in front instead of Freddie Mercury, but just to make sure Lambert includes a “let’s celebrate Freddie together” speech early on and then gets on with being his own man. He is a terrific, flamboyant performer and stomps around the stage in a succession of eye catching outfits, adding a colourful presence to proceedings which you can’t help but smile at.

More importantly though he has the vocal chops to do this huge variety of songs justice, something that few could manage. Anyone wondering why he got the job just needs to hear him on ‘Who Wants To Live Forever’; simply breathtaking.

His, shall we say, more experienced bandmates seem to be having a ball too. Brian May sounds in great form on his guitar and has a big smile on his face all of the time. Roger Taylor is the same, thoroughly enjoy playing drums, ably supported at times by second drummer Tyler Warren and revelling in the chance to sing lead on ‘I’m In Love With My Car’.

Their original singer was never far away though too, appearing in video form in a couple of occasions to join in the fun. These days though it is the songs which are the real stars.

That incredible back catalogue has songs which are etched into people’s souls and out in the hard partying masses where I was, the word perfect, ecstatic reaction to ‘Don’t Stop Me Now’, ‘Bohemian Rhapsody’, ‘Somebody To Love’ and many more was a sight to behold. It was just a shame that ‘Love Of My Life’ was lost in an overlong and way too quiet acoustic set which might be better left for when they are back in the arenas.

By the final rousing chorus of set closer ‘We Are The Champions’ it was undeniable that whatever the circumstances and the billing, Queen + Adam Lambert is a magic combination and this was a triumphant headlining show. Forget any preconceptions, just go along and see for yourself that they’re still a kind of magic.