Mr Big drummer and founding member Pat Torpey has sadly passed away aged 64 from complications due to Parkinson’s disease. 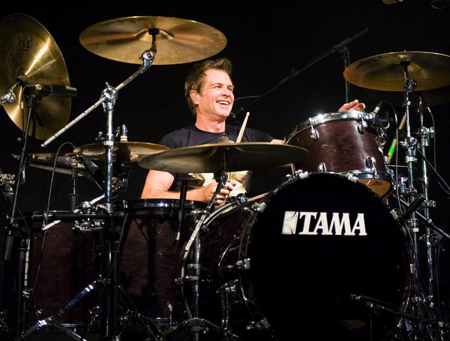 Billy spoke about Pat’s battle with Parkinson’s disease in a 2017 interview with Rock Rebel magazine, saying:

“Pat, unfortunately, ran into a bad situation, and as a band, we wanted to make sure that he knew that we were with him 100 percent. It’s a tough thing for everybody, but Pat has demonstrated incredible courage and strength. He’s inspiring to so many people all over the world. I get e-mails from people every day who maybe don’t have the same affliction, but have something similar and Pat inspires them to get out of bed and get going and push back a little bit more. I think that’s a wonderful thing in itself.

“A lot of bands are out there now and they don’t have all the original members. Sad, sometimes you can’t. People pass on and situations, but we really want it to be Paul, Eric, myself and Pat. Matt [Starr] is incredible at helping out. I have to mention how awesome he is and how wonderful a job he’s done to do Pat’s parts the way they should be done. Really wonderful.”

Many more tributes have been paid from across the rock community, including the following:

So saddened to learn of the passing of my friend and former band mate Pat Torpey. We spent… https://t.co/Os6Fx9y4LU

So sad to hear of the passing of Pat Torpey. A lovely man. My prayers to all close to him. Pat Torpey, Mr. Big Drummer, Dies https://t.co/8vBqRJzmRP @UltClassicRock

So Sad to hear about fellow drummer and friend of 30+ Years Pat Torpey’s passing ,We came up… https://t.co/MY1rmfDNTD

So shocked and saddened to hear of #PatTorpey’s passing…my heart goes out to his family and all of his bandmates and friends who I know are all completely devastated over this…my deepest condolences @BillyonBass, @PaulGilbertRock @Richie_Kotzen Eric Martin @mrbigmusic 😢 pic.twitter.com/DTYti7urqq