NFL Players Who Have A Secret Love For Metal Music 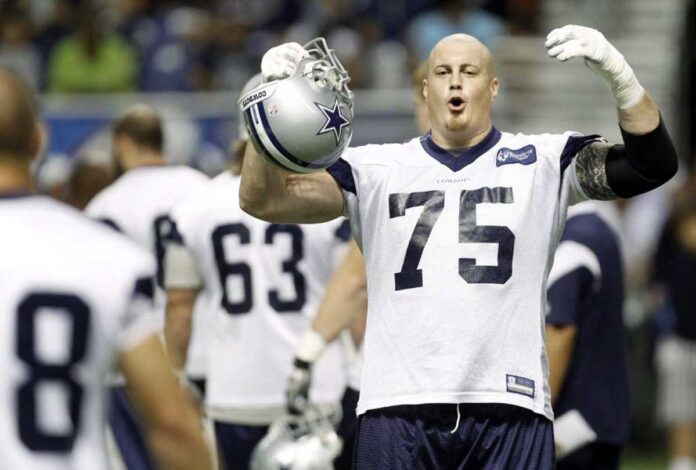 The National Football League is a well-diversified league where we get a mix of players with different religions, nationalities, and beliefs. The same goes for their taste in music, which, let’s face it, the most common type of music that screams out of the locker room is hip hop and R&B.

However, much to the annoyance of their teammates, there are also plenty of Metalheads who use this type of music to pump up full of energy before the game. Ok, none are part of TwinSpires list of NFL quarterbacks with most Super Bowl wins. They are still football stars who share their time between the field and Heavy Metal concerts.

Heavy Metal fans can be found in every corner of the world, so there is no surprise when we see NFL players that are huge fans of this music genre.

MetalTalk takes a look at some of the biggest Metal music fans in NFL history.

Have you ever heard of Free Reign? This is probably the heaviest and most physically intimidating music group that is packed not one but three former NFL stars.

Marc Colombo was a professional American football offensive tackle playing for teams like the Dallas Cowboys, the Chicago Bears, and the Miami Dolphins. He had a very long career in the NFL, which started back in 2002 after being drafted by the Chicago Bears. His career as a player ended with the Miami Dolphins after Colombo decided to become an assistant offensive line coach for the Dallas Cowboys.

With that said, he still shared his love for Metal music which made him chase his music career after retiring from professional football. Colombo is the lead singer for the Free Reign and also plays the guitar.

The second member of the Free Reign Metal group is Cory Procter who was a guard for the Cowboys, the Dolphins, and the Lions. He didn’t spend as much time in the NFL as Colombo and didn’t have such a successful career in the big league.

However, he found his passion with Free Reign and he is now in charge of the drums instead of being a guard in the NFL.

The last member of the group is Leonard Davis, who had an amazing 12-year NFL career playing as a guard/tackle for teams like the 49ers, the Lions, the Cardinals, and the Dallas Cowboys.

He has obtained many awards throughout the years, like the three times Pro Bowl and reached many achievements like being the Second Team all Pro and First-team All-Big 12 in his early career days. He has played 171 games and started in 155 of them.

After retiring from professional football, he and his NFL buddies formed the Free Reign band, where Davis plays the bass.

The fourth member of Free Reign is a non-football player, guitarist Justin Chapman. Most people consider this NFL-infused Metal group to be a marketing gimmick, but in fact, all athletes came together naturally, and their love for Metal bonded them together.

Turley is another former professional NFL player who spent nine seasons in the NFL playing as an offensive tackle for the New Orleans Saints, Kansas City Chiefs, and Los Angles Rams. After suffering from some bad injuries, Turley decided to end his professional football career and start a new one in music.

Turley was always a brave athlete on the field, and we can spot the same bravery when it comes to his music taste. He plays a never-before-seen style of music described as a “power country” which is a combination of country, Heavy Metal, and rock music into one package.

During his professional NFL career, Turley played in a series of Heavy Metal bands during the offseason. Once he retired, he devoted his free time to music and released an album called Anger Management. He also has a cannabis business.