Myles Kennedy / Releases first song from ‘The Ides Of March’

Myles Kennedy has told MetalTalk that he will release his second solo album ‘The Ides Of March’ this 14 May, via Napalm Records. Today he has released the first song ‘In Stride’, a track built around his slide playing.

The album is set to showcase Myles’ love of Rock, Blues and Country music and looks to be another classic which has been inspired by and created during this COVID-19 crisis.

‘In Stride’ has Myles delivering a “take it all in stride” message.

Myles told MetalTalk: “Chill out. That pretty much sums it up.

“The lyric paints a picture of a survivalist preparing for an impending zombie apocalypse. It was inspired by the first wave of lockdowns as everyone was buying vast amounts of toilet paper and supplies.

“I started to ask myself if it might be wise to try and gain some perspective and not overreact… keep calm and carry on.”

Kennedy created the structure for the songs and then worked with friend and drummer Zia Uddin and bassist/manager Tim Tournier. The three recorded the album in Florida with longtime producer Michael “Elvis” Baskette.

The album features the title track ‘The Ides Of March’, which clocks in at over seven minutes.

The Ides Of March: 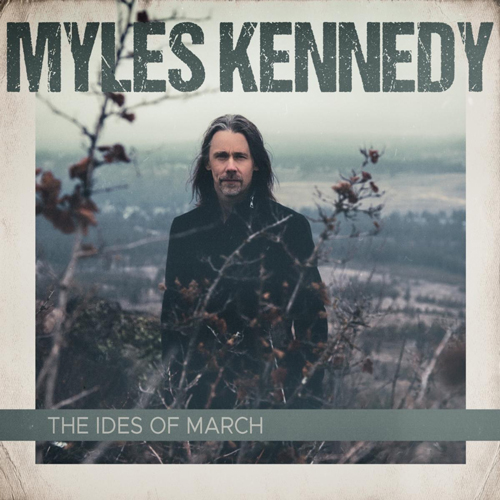