“Sometimes our paths are meant to be crossed with one another more than once in this lifetime…… and that’s how the story of Mütherload came to be.”

Guitarist Patrick Davison bumped into drummer Matt Ashton, purely by chance, for the first time since their previous band Heaven Ablaze went on hiatus in 2013, both with a desire to create, they recruited bassist Chris McKichan, guitarist Derek Haley and vocalist Derek Lee (ex-Ataxia) and the Melodic Death Groove outfit Mütherload was born.

Guitarist Patrick Davison comments, “The Ü EP is our first step back into the Metal scene after years of silence. We feel this small collection of music represents the focus that we’ve developed as a band in our songwriting for the first time in years. Musically, we’ve stretched our reach into new territory with open tunings and more space for vocals. This EP deserves to be played loud, so crank it up!” 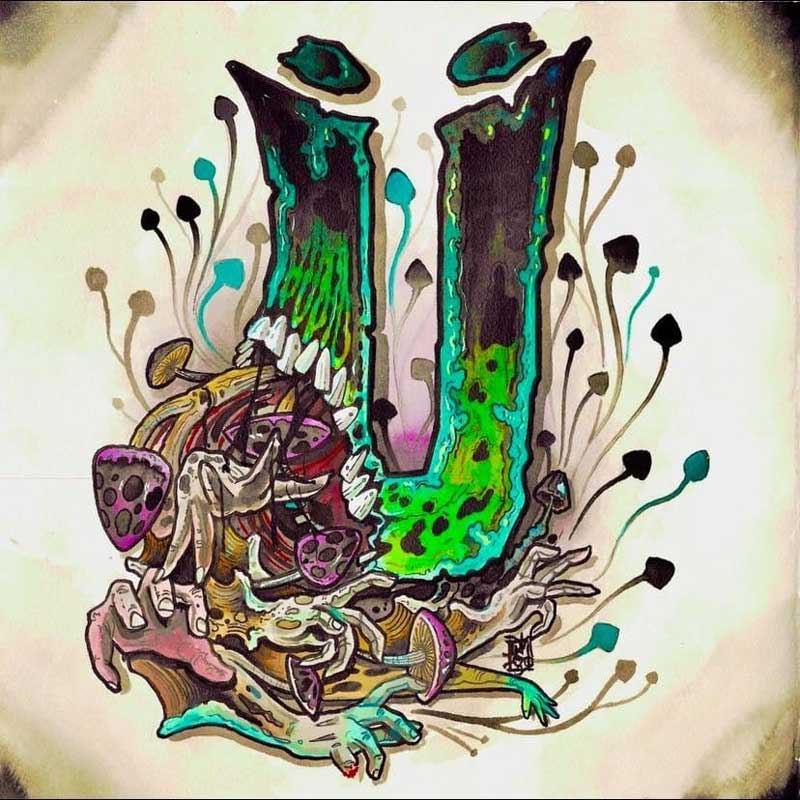 Brutal vocals and the groove

Indeed, the years away have done no harm. This EP has a very fresh and exciting sound. The thing that drew me to it most is the balance between the brutal vocals and the groove, particularly where the riffs have that technical edge to their construction.

Opener Insect is full of bounce and groove with a very subtle tech edge, a little reminiscent of Psycroptic, which, as a fan of those legendary Aussies is bound to grab my attention, a track that really starts to bounce and spiral towards the close, but Mütherload is just getting started.

Already released as a single The Visitor, with their first music video earlier this year and available to watch below, about which the band say, “The song was originally written years ago as an acoustic song, which is why if you listen carefully, you can hear an acoustic track in the chorus.

They feel this song best represents their sound as there is a little bit of everything in there; groove, thrash, melody, dynamics, and flow, along with it being one of their favourites to play live. I absolutely love this track, particularly for the way it bounces along in such an engaging way and the way the raw growls slice through, and there is a little more of the emerging Psycroptic style riffs but more defined this time.

Title track Ü is an interesting acoustic interlude with a spoken sound bite over the top, from one of the funnier moments from the film Caddyshack taking you straight into Iniquity, a bouncy groovy beast with an equally lively groovy chunk of closing leadwork.

Thaügüst is another acoustic piece, an instrumental and the calm before the storm that is the final offering Lamia which also has deep haunting cleans which pop up alongside the growls, a closing offering that packs a punch.

Ü is available on all digital streaming platforms.