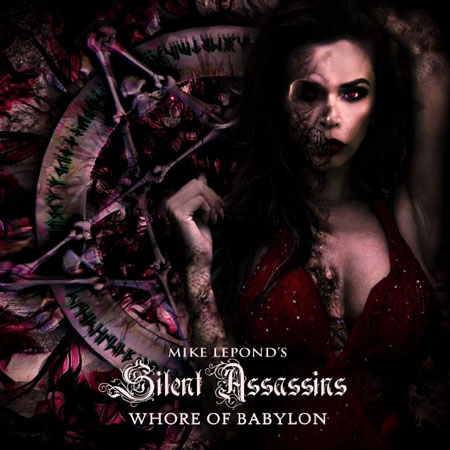 The Power Metal of Mike LePond’s Silent Assassins can be heard in its full glory, as today is new album ‘Whore Of Babylon’ release day (26 June).

It is the third album from the band, lead by LePond, who is known worldwide as one of the foremost bass virtuosos in Heavy Metal music and a member of progressive metal band Symphony X.

Today, then band have released a new video for the track ‘Tell Tale Heart’, with LePond telling us:  “Take the ultimate journey through darkness and death with my Metal movie score to Poe’s classic story. This song is epic and one of my proudest moments.”

Recorded between tours with Symphony X, ‘Whore Of Babylon’ is a no-holds barred Heavy Metal album and regales with tales of some of history’s most fascinating and brutal characters.

As well as fantastic bass, LePond also plays all rhythm guitars on the album, while the core of Silent Assassins remains the same.