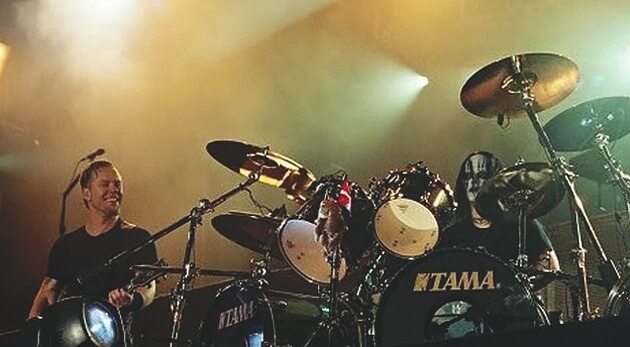 On 5 June 2004, 100,000 fans filled Donington Park for the annual Download Festival. Being the biggest summer music festival in England for Metal and Rock fans, the festival has attracted some of the biggest acts in history. Black Sabbath, Iron Maiden, AC/DC and many others have all graced the stage.

On this night in 2004 however, it was time for the biggest Metal band in the world to headline. The previous year, Metallica had played an unannounced, surprise, mid-afternoon set on the second stage. What everybody attending Download 2004 did not expect, was a set from Metallica that would even surpass the previous year in terms of uniqueness.

As the story goes from those who were backstage at Download, word of his absence started spreading among bands and journalists alike. Enter the rumors and speculation. Was he fired? Did he quit? Even rumors of his death began to spread among the gossiping masses.

When it came time for the headliners to be on stage, and a full hour went by without a word, the rumors and speculation began to spread among the audience as well. Eventually however, Metallica, minus Lars Ulrich, walked out on stage. 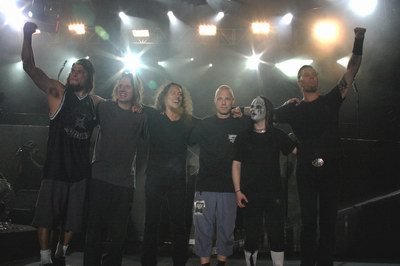 After an apology for the delayed start, James Hetfield explained that Lars had become ill and had to be brought to a local hospital.

While there were no additional details at the time, the band wished him well and as the old saying goes, the show must go on. A few select drummers from other bands that had performed that day were called into duty, to play an abbreviated but blistering set of some of the biggest songs in their entire catalog.

To start off the set, fans were greeted by a rare Big 4 crossover, when legendary Slayer drummer Dave Lombardo joined Metallica for both ‘Battery’ and ‘The Four Horsemen’.

This was a collaboration that many Metal fans had always dreamed of and the songs were tightly performed.

Lombardo played completely in sync with the band, as if they had always been playing together.

The only real giveaway that this was barely rehearsed were some of the transitions.

In ‘Battery’ for example, when playing live, Metallica rarely perform the bridge following the second chorus. Lombardo, who probably had only practiced along with the album prior to taking the stage was unaware of this.

In fan filmed video of the concert, you can see Robert Trujillo make his way over to make the correction and help guide him along to the next section. This was a spontaneous, fully Rock and Roll experience… one that sounded great but also could have fallen apart at any point if in less capable hands.

The rest of the night saw Slipknot drummer Joey Jordison truly rise to the occasion. With the exception of ‘Fade To Black’, which featured Lars’ drum tech Flemming Larson behind the kit, Jordison played through the rest of the songs.

‘Fade To Black’ was probably the low light of the set, as it became a bit more plodding than it normally would be with Lars playing. 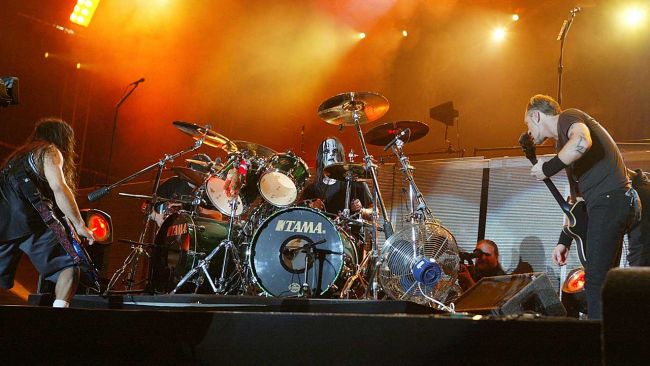 While it seems to have taken Jordison a song or two to get comfortable, it was not long before he was powering through heavyweight classics such as ‘Seek and Destroy’, ‘Sad But True’ and ‘Enter Sandman’, with near perfection.

Jordison truly did a brilliant job of playing the parts as they had been recorded on the albums, but with new fills and his own brand of manic energy to let you know this was the same drum set, but a different drummer.

Within 24 hours of Download 2004 ending, Lars Ulrich revealed via video that he was well. Due to life situations and a hectic schedule, he had suffered a severe anxiety attack.

To date, this has been the only Metallica show in their almost 40 year history that Lars did not play.

This created a truly once in a lifetime experience for fans, especially for those that always asked “what if Metallica had a different drummer?”

Despite differing opinions among fans as to how much better or worse the band may sound with Lars not behind the drums, we do know for a fact that Metallica would not be the same band without him.

Metallicast is a Metallica fan podcast hosted by Brandon, a lifelong Metallica fan, graduate of Berklee College Of Music and a current music educator in New York City.

With episodes ranging from topics such as Master Of Puppets to MTV Icon: Metallica, Metallicast has gained a legion of listeners called the Metallicast Militia.