His family wrote in a statement: “We are heartbroken to share the news that Joey Jordison, prolific drummer, musician and artist, passed away peacefully in his sleep … Joey’s death has left us with empty hearts and feelings of indescribable sorrow. To those that knew Joey, understood his quick wit, his gentle personality, giant heart and his love for all things family and music.”

Joey joined Slipknot, then called the Pale Ones, in 1995, and he renamed the band after one of their song titles. He featured on the band’s first release, Mate. Kill. Feed. Repeat., with the lineup growing to nine members for the release of their self-titled debut album in 1999.

He left the band in 2013 and later revealed he had transverse myelitis, a nerve disease that affected his ability to play.

“If I can do it, you can do it. To people with multiple sclerosis, transverse myelitis or anything like that, I’m living proof that you can beat that shit.”

After Slipknot, he played with Scar the Martyr, Vimic and Sinsaenum, and continued Murderdolls, a side project he began in 2002.

In June 2004, he played with Metallica at Download, when Lars had gone missing.

Joey Jordison/ When ‘Metal lives within your heart..you can accomplish anything’ 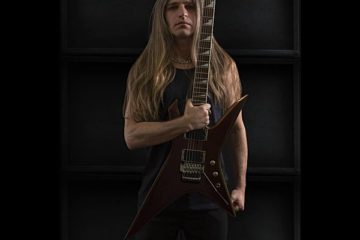