It’s now almost forty years ago when back in 1979 Sounds journalist Geoff Barton coined the phrase, the New Wave Of British Heavy Metal, more commonly known in its abbreviated acronym form as NWOBHM. 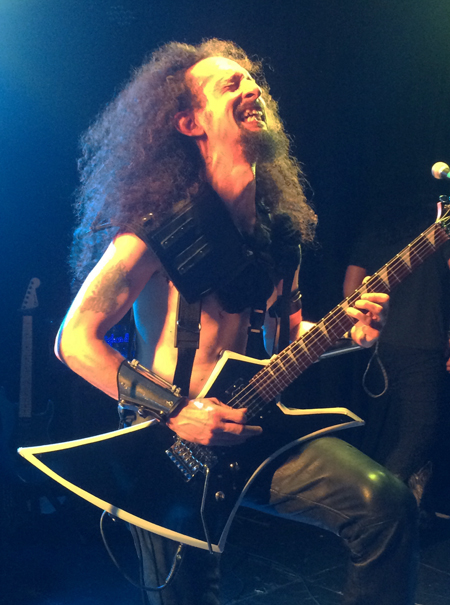 Pioneering bands such as Led Zeppelin, Deep Purple and Black Sabbath had already peaked by the late 70s and the more progressive bands such as Yes and Genesis were getting their bloated workouts spat on and discarded by the unimpressed punk rock noise oinks.

Once the phlegm had dried out, the DIY ethic of punk was adopted by young Heavy Metal bands up and down the country who sold their demo tapes and self financed records at gigs and through mail order.

The raw sounding Metal was now harder and faster with sparks of melody entwined with innocent lyrics of escapism, mythology and lust for the opposite sex.

The NWOBHM movement soon gathered pace thanks to the coverage given by Sounds who published weekly rock charts supplied by rock DJs such as Neil Kay and airtime given by Tommy Vance on Radio 1s Friday Rock Show.

NWOBHM saved Heavy Metal from the claws of death. Bands such as Motörhead, Judas Priest, UFO and Thin Lizzy were already treading the boards before NWOBHM gained its momentum but they certainly benefited from it as they rode the tidal wave along with new bands such as Saxon, Iron Maiden, Def Leppard and Girlschool who would soon become regulars on national programmes such as Top Of The Pops and Tiswas as their singles and albums would dent the national charts.

Only a handful of bands from the NWOBHM period would find fame and fortune but the legacy and inspirations spread worldwide. Overseas bands such as Anvil, Accept, Mercyful Fate and Loudness all ran their engines from the fuel ignited from NWOBHM.

The crash, bang, wallop from Geordie Speed Metallers Raven inspired the Thrash movement, as did the epic riffs that came from Diamond Head. The devil worshipping lyrics of Venom inspired the whole Black Metal scene. 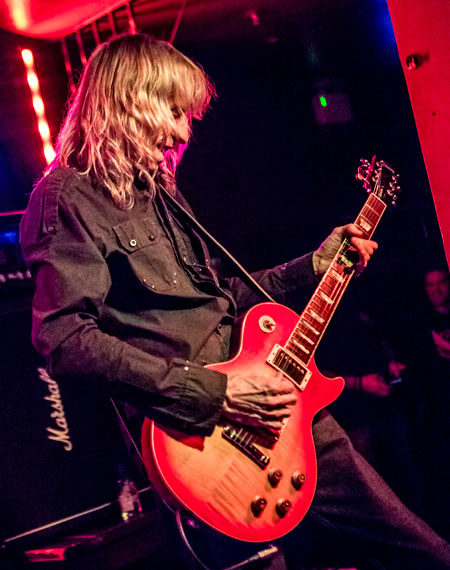 Heavy Metal has splintered into so many different sub-genres over the past three decades to the extent that the term itself has almost lost its original intended meaning.

However there is a whole new generation of fans who weren’t even born when the NWOBHM movement was in its prime discovering many bands from the past and new talent who are digging into the pedigree of what is real Heavy Metal.

Like Neat Records many years before, there is a new British based label recognising the resurgence of traditional Heavy Metal. Dissonance Productions are not only supporting the bands that refused to die from the 80s such as Desolation Angels, Fist and Avenger, who will all be releasing material very soon on the label, but also signing up the new talent who understand the true meaning and ethics of the Heavy Metal sound as nature originally intended.

Dissonance released their own ‘Metal For Muthas’ album in 2017 with a compilation album called ‘British Steel’ freaturing the very best of UK bands making ripples in the rising wave of British Metal.

The album featured Amulet, Eliminator, Dark Forest, Wytch Hazel and many others all making an impassioned imprint. Also featured on the album are multi cultural London based Metallers Neuronspoiler who have just released their second album, ‘Second Sight’, through Dissonance Productions.

MetalTalk’s Mark Taylor spoke to Neuronspoiler before their album launch gig in London, and you can find out how their collective love of Iron Maiden, Judas Priest and Megadeth inspires them to do their art with such conviction. 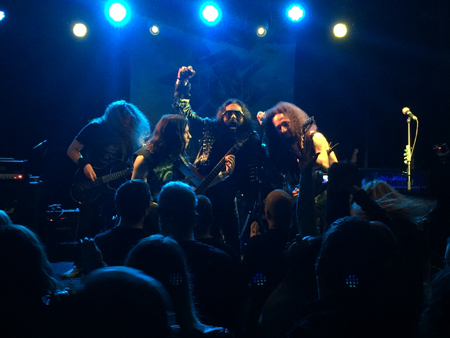 Another band on the ‘British Steel’ compilation album is Seven Sisters who will release their second album next April which is to be titled ‘The Cauldron And The Cross’.

Seven Sisters will be performing the album in its entirety at a special album launch at the Black Heart in Camden, London on Friday 13th April. Support comes from fellow Dissonance Productions signings Toledo Steel.

Mark Taylor also caught up with Seven Sisters for a chat before they went overseas for a French invasion. You can find out what the band are about and the reasons behind the name in the interview here. 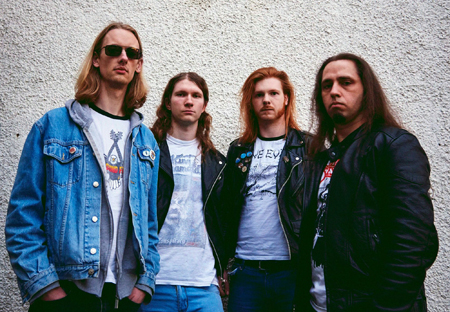 One man that could give good advice to both Neuronspoiler and Seven Sisters is Diamond Head guitarist Brian Tatler. Diamond Head were right there at the forefront of the NWOBHM beginnings and there was high expectations for the band from the Midlands who were muted to be the next Led Zeppelin.

However, poor management decisions and signing to the wrong major label meant an early bath for Diamond Head but Brian Tatler is back again with a rejuvenated line-up who released the eponymous ‘Diamond Head’ which was voted 2016 Album Of The Year by the writers at MetalTalk.

Mark Taylor had a career respective talk with the Flying V guitarist with insights into the origins of the riff to ‘Am I Evil’ and news of a new album. You can watch that interview right here. 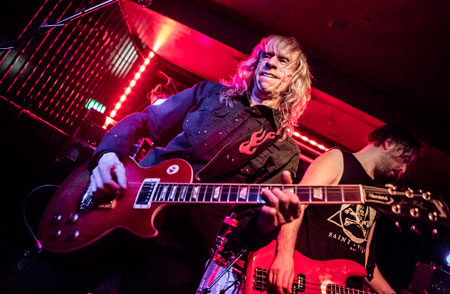 Since the interview was conducted, Diamond Head, also signed with Dissonance Productions, have signed a deal with Thrashville Management. Thrashville is run by Megadeth mainman Dave Mustaine and his son Justis along with Danny Novell. Diamond Head said in a statement:

“We are beyond excited to share with you all that Dave, Justis and Danny have asked us to join their family. We look forward to a fruitful collaborative partnership. With much mutual respect, we are happy to accept their offer to manage the band.” 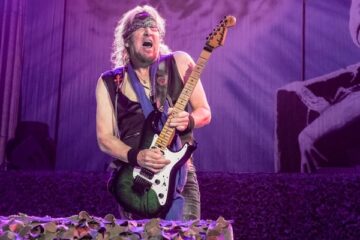