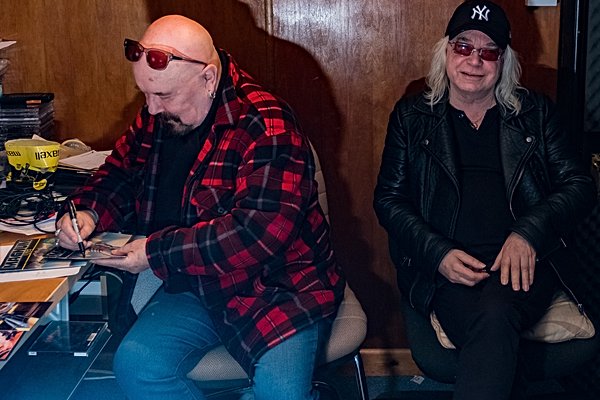 MetalTalk’s Andy Rawll met with Magnum’s Bob Catley and Tony Clarkin on the eve of the release of ‘Live At The Symphony Hall’, their very special new album which is released on January 18th 2019 on Steamhammer/SPV.

Bob and Tony talk about ‘Live At The Symphony Hall’, which contains an impeccable mix of Magnum classics and cracking new songs from 2018s studio album, ‘Lost On The Road To Eternity’, which was universally acclaimed as one of, if not the best album of the group’s entire career to date when released at the end of January 2018.

As well as the new live album, Magnum touch on several other aspects of their fabulous career to date.

‘Live At The Symphony Hall’ proves that Magnum are still a ridiculously hard act to follow in the live arena. The album was recorded on their mammoth 2018 European and UK tour which was heralded as one of last year’s highlights and now, one day short of a year since ‘Lost On The Road To Eternity’ was released, you will have the chance to relive Magnum’s glorious 2018 once again.

Can Magnum notch up another huge chart success for the second year running? We think so and we’ll find out when the chart positions for January 25th 2019 are revealed.