There are some certainties in life. Death, taxes and corrupt politicians are just three. Veteran Brummie melodic rockers Magnum releasing yet another quality album is a sure addition to this list.

The Monster Roars is quite simply glorious. Chief songwriter and guitarist/producer Tony Clarkin must have a huge hanger filled with majestic riffs. He isn’t a narcissistic songwriter. He allows his bandmates space to shine and always arranges for the benefit of the song and not himself.

A fine example of this is to be found on All You Believe In, where keyboardist Rick Benton plays a beautiful solo piano intro before the song kicks in. The first single, I Won’t Let You Down, is a gorgeous ballad that features a nice plucked chord arrangement from Clarkin.

The title track opens the album and finds Bob Catley in suitably fine voice for his 74 years. He has an instantly recognisable tone that hasn’t diminished that much through the years.

No Steppin’ Stones is a horn-infused party rock anthem that makes you smile like a Cheshire Cat. “I got the idea for it late one night travelling on the bus,” Tony Clarkin said. “I couldn’t sleep, so I went up front to speak to Graham, our driver. We talked for what seemed ages. I never found out where we were, but I came to the conclusion we were on that Spinning Wheel.”

The Present Not The Past showcases each band member, with bassist Dennis Ward leading the groove charge. The album closer is the grandiose Can’t Buy Yourself A Heaven, which just leaves the listener with a contented smile.

At their core, Magnum are Tony Clarkin and Bob Catley. No matter who else is in the band, the songs of Clarkin and the vocals of Catley make it unmistakably Magnum.

Most of The Monster Roars follows a mid-tempo rock brief, which is not bad. It makes the couple of faster tracks all the more special.

Lockdown must have affected Magnum greatly as a lot of their work is on the live circuit. Given live was impossible to do during the past 18 months, Clarkin hunkered down and wrote this glorious album.

Magnum are consistently dependable, and they make the rock world a happier place to be in. If you’re going to nitpick, you could say that Magnum haven’t really changed their style or rolled with new styles of music.

To me, that’s exactly what makes Magnum so special. You know you will get top-quality melodic rock with every album they release.

The Monster Roars is a fine addition to their wonderful catalogue, and I’m so pleased that my first review of 2022 was this excellent album.

The Monster Roars can be ordered from smarturl.it/MagnumTheMonster 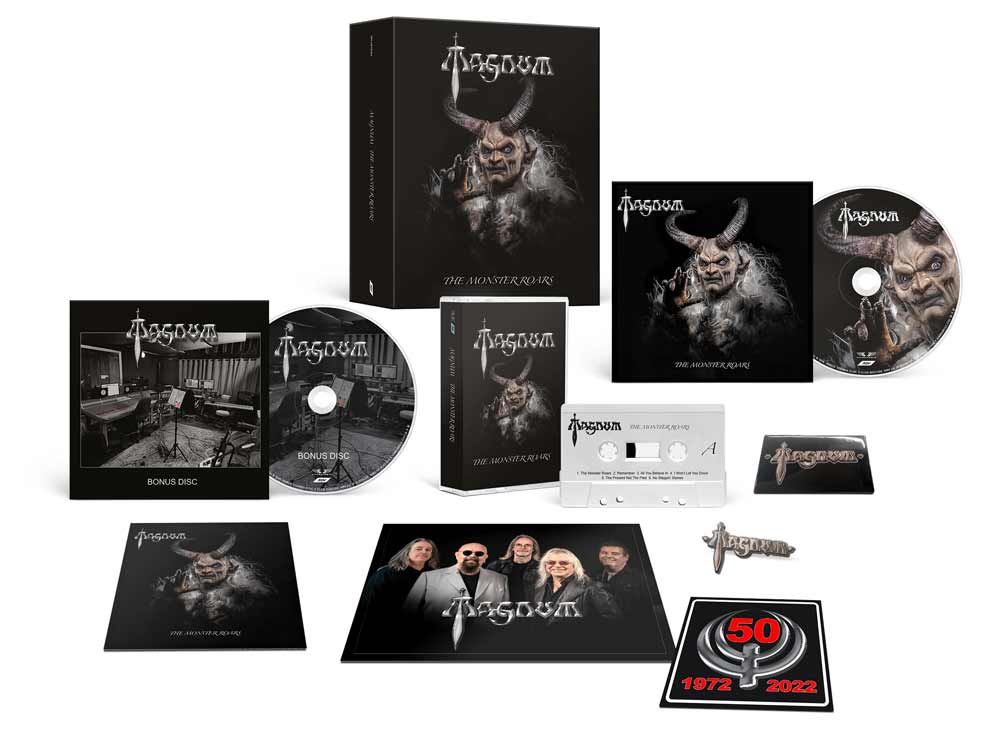