Lifer, whose 2001 self-titled debut album was produced by Alex Lifeson of Rush, are back after an 18-year break and have released the single ‘Hate Me, Love Me’ from their forthcoming EP.

Guitarist Aaron Fink describes the song as a “modern hard rock song that blends the old school sounds we grew up with, with a modern approach.”

‘Hate Me, Love Me’ shows the development of their musical approach over the years, as it deviates slightly from the nu-metal music approach of their early 2000’s style while keeping their heavy, melodically-driven sound.

Fink told us that he thinks “the band has really evolved quite a bit over the past twenty-plus years. We are all better at what we do now, and we’ve progressed while keeping the emotion and energy of our songs from the past.”

Having won the 1999 MTV Ultimate Cover Band contest as ‘Strangers with Candy’, the band released the ‘No Need’ EP and MTV coverage helped them gain fans and record company suitors, eventually signing with Republic/Universal Records.

Following the change of name to Lifer, due to conflicts with a Comedy Central TV show, the Lifeson produced album was released, and the band toured with Godsmack, Nickelback, Staind, Cold, and Saliva.

After reforming in 2018, Fink and Coyle were joined by Mike Morgan (The Drama Club, Panacea), and Tony Kruszka to complete the current lineup.

Coyle said, “we’re always writing and recording. We put out a few new songs last year, and we’ve been working on new music since the absence of live shows. It’s time to let people hear what we’ve been up to.”

The Kinks / Ray Davies talks ‘Lola Versus Powerman’ at 50 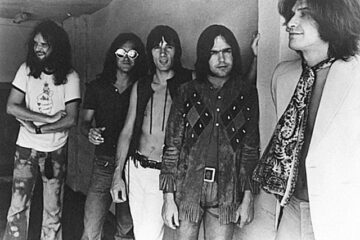