Before Boris shut us down last year, my last gig was at Leo’s Red Lion, and that is where I’ve picked up again, this time for the ever-rising Blind River, who have this warm-up show before setting out on a UK tour with King Creature the very next day.

The Gravesend venue is still using its outdoor stage for this gig, which is well set up and thought out, albeit it’s still a tad chilly at the moment.

It would be unfair to comment too much on Orphan Gears, who had vocalist Mick Stevens laid up with illness. But in time-honoured fashion, the show must go on, with the band performing as a three-piece and playing instrumentals only.

This does not give a fair representation of what they are all about, but it was musically excellent and a valiant effort, which everyone in attendance appreciated. But without a voice and a focal point on stage, it just left me a bit numb, or perhaps that was the weather. Maybe next time.

Next up was Spyder Byte, who brought the glam, the sleaze and the smell of extra strong hold Silvikrin to the evening. An 80s throwback to the LA sunset strip scene of LA Guns, Poison, Ratt and others, spandex, headbands and silk scarfs were the order of their evening.

The band have great catchy fun songs, of which the standouts were New Blood, In Your Face with its audience fist-pumping singalong, Strip Club Blues and Black Velvet Love, which got the crowd dancing in the rain.

There was an abundance of energy resonating from stage to crowd, not least during Moonshine, which saw frontman Daniel Lawrence seemingly and very rock ‘n’ roll like, necking vodka out of the bottle before holding it aloft, demanding the crowd singalong to the “Woah-oh” chorus.

Please tell me it wasn’t Gravesend spring water, Dan! I will certainly be catching these guys again.

Blind Rivers second album, Made of Dirt, was released almost a year ago and is well represented tonight.

The set opener is the first track of their self-titled debut album, and introducing the song, Harry Armstrong screams into his mic, “we are Blind River, and we are going nowhere”. Au contraire Harry, au contraire.

Going Nowhere immediately sets the tone for the rest of the evening. There is a charge in the air, and a storm is brewing, both musically and weather-wise.

The title track, Made of Dirt, has one of those earworm riffs that won’t go away and sees the singer spitting verbally, “your shit still stinks no matter what you think.” This is great stuff. Bonehouse is more of the same beautiful dirty rock ‘n’ roll.

Lacking stage presence is an awful trait for any frontman. Fortunately, Armstrong does not suffer in that department. If for some reason you can’t see him, he makes damn sure you are going to hear him.

This guy is excited and had the crowd in stitches. We get it. He carries on, “This is a song about parties. Have you ever been to a party where a guy walks in with a horse head, and you think this shit’s going to get interesting? This song is about the shit that got interesting, Horsehead, enjoy.”

Enjoy we did, with this riff-driven, up-tempo number getting the crowd warmed up as the temperature dropped.

Introducing the next song as a slow burner, Acid Tongue “will touch your soul, and the sound of the riff kicks you in the heart, it’s loud, it’s proud’ it’s beautiful.” Not one person is going to disagree with that statement.

Waste of Life has another one of those riffs that will not leave you alone and one that brings a collective ball of energy on stage, with everyone rocking out as if their life depends on it. Perhaps it does.

Slow Begins the Sickness is a song about “shit going wrong”, though everything was going right for the band at this point.

Learning to Lose, Home, and Can’t Sleep Sober wrap up this glorious set prematurely. With the last song Freedom Dealer having to be pulled due to curfew restrictions, Armstrong apologises, saying although it is not very rock ‘n’ roll, it is sensible if the crowd wants nights like this to keep happening. Very diplomatic, Harry.

The Two Bands – One Plan tour with King Creature rolls on tonight at a sold-out Norwich before heading to London, Bristol and Birmingham, where there are limited tickets left. The tour then concludes at another sold-out show in Plymouth.

Do yourself a favour and catch one of these parties, but don’t forget to take your horse head with you. Things could, and most probably will, get interesting.

Kasabian to tour the UK later this year

FROM THE ABYSS: DANISH BLACK METAL ENIGMA ‘(0)’ LIFT THE VEIL FOR THEIR DEBUT ‘SKAMHAN’ 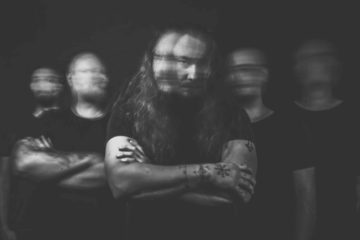