Following the release of their fifth album ‘Self Made Man’, Larkin Poe have told MetalTalk that their next album is to be a covers album of stripped back songs and will be released 20 November 2020. The duo are also to air a full acoustic show 4 October.

The duo have released the first track ‘Nights In White Satin’, which you can see below.

They told us: “We remember hearing Doc Watson, a true American treasure, sing it late in his career — his beautiful voice soaring through a dark theatre, the plaintive lyric unforgettable.

“It’s hard to believe that Justin Hayward was only 19-years-old when he wrote it.”

Larkin Poe have posted covers on their YouTube channel before, with their version of ‘Nights In White Satin” receiving praise from Hayward:

“Love it, love them, love them playing it. Thank you Rebecca and Megan.” -Justin@LarkinPoe https://t.co/uIc3kK43rM

The film to the song showcases archive and historically significant clips. The duo told us: “When we were brainstorming about creating a visual companion for ‘Nights In White Satin,’ we had a romantic idea that stitching together old footage would evoke a nostalgic feeling that matches the vibe of the song.”

As for the new release, they told us: “Music is a bridge that can connect generations across time.

“In recording Kindred Spirits, our admiration for the artists who originally wrote and performed the songs blossomed into an even deeper reverence.

“Coming up in a family of music lovers, a lot of the songs we have always seemed to gravitate towards learning have been with us since childhood; we started a YouTube series dedicated to paying tribute to our musical heroes in 2015 that unexpectedly took off and when fans began requesting recorded versions of the songs, we started daydreaming about how an interpretive album might take shape.

“Bringing these old friends into the studio, stripping them back to the bones and recording them live and raw, felt like a ritual.

“We’re grateful for the experience of making this album and grateful to the Kindred Spirits who have come before us and written the soundtrack of our lives.”

The live performance will air twice on 4 October – 2pm ET/5pm BST and 8pm ET/1am BST. The band will be in their chat room during both performances. 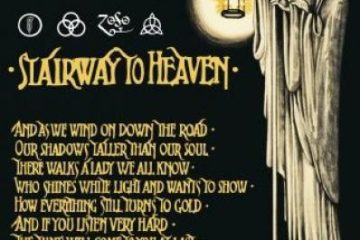