London rockers KilliT have launched an impressive new single ‘Born Too Late’, with a matching video taken from film shot at their recent appearance in Bikerfest, France.

Vocalist Gaz Twist told MetalTalk: “Born Too Late is a dialogue about the music that has inspired people over the years and stood the test of time. It describes the advent of streaming and the loss of emphasis on an album as a body of work and asks if music like that now only resides in a time gone by.

“Is there still a hunger by people for guitar based bands who craft albums rather than churning out quickly consumed streams?” 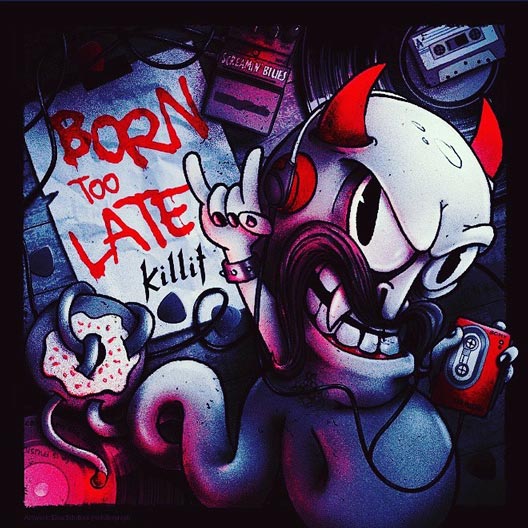 KilliT have played festivals such as Ramblin Man Fair, Isle of Wight Festival and Hard Rock Hell and supported Skid Row. Gaz talked about touring with Diamond Head and how it was a highlight, but not without its tales to tell the grandkids.

Gaz continues: “Backstage on tour with Diamond, Head, Ben noticed that Niro’s Les Paul was in a precarious position on it’s stand five minutes before stage time. He graciously moved it and immediately knocked it over, snapping the headstock off. Classic Ben.”

With a new album in progress, naturally the COVID-19 situation has proved difficult.

Gaz says: “We have over half the songs ready to go but it’s difficult to get together currently to finish things off. The plan was to finish the album, but lockdown has made that difficult!

“The new album will have a great breadth of tracks, from epic rock ballads to heavy eight minute rampages. All with signature unforgiving drums, driving bass and soaring guitars and vocals. We can’t wait to get it finished!”

If this track is anything to go by, KilliT should have a great future.

Clutch / Choose the setlist for their next live stream

Valentin The Mad / Putting the Symphony in Metallica’s ‘So What’ 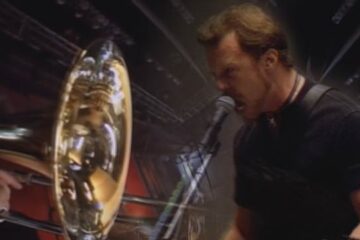