Ken Hensley was a founding member of Uriah Heep in 1970 after the band had changed their name from Spice. Hensley was Heep’s principal songwriter who wrote many of their classics and stayed with the band for their most successful period between 1970-80.

Trevor wrote: “I am writing this with a heavy heart to let you know that my brother Ken Hensley passed away peacefully on Wednesday evening.

“His beautiful wife Monica was at his side and comforted Ken in his last few minutes with us.

“We are all devastated by this tragic and incredibly unexpected loss and ask that you please give us some space and time to come to terms with it.

“Ken will be cremated in a private ceremony in Spain so please don’t ask for information about a funeral.

“Ken has gone but he will never be forgotten and will always be in our hearts. Stay safe out there.”

Mick Box said: “I am in deep shock at the news Ken Hensley has passed away and my sincere condolences go to his family and wife Monica.

“Ken wrote some amazing songs in his tenure with the band and they will remain a musical legacy that will be in people’s hearts forever. RIP Ken.”

The recent issue of the Uriah Heep career boxset celebrating ’50 Years On Rock’ was eagerly awaited by fans and the band too.

Ken had told MetalTalk: “Sitting here, just a few days from my 75th birthday, it’s easy for me to flash back 50 years to when me, Mick, David, Gary and Lee really knew we were on to something big and amazing!

“What makes it even easier is the incredible boxed set that BMG has put together to celebrate this massive milestone.

“The box is a perfect tribute to a band that achieved what so few have done, to Mickie and the boys who keep the legend rolling and of course, to all of you who made it possible.

“My sincere and humble thanks to all concerned.” 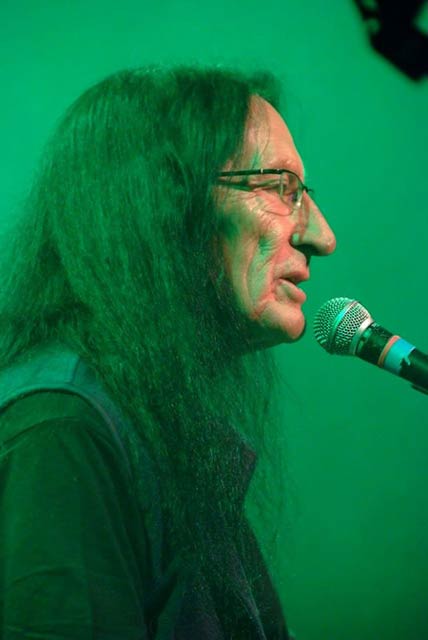 In 2015, both Ken and Lee Kerslake joined Uriah Heep on stage in Moscow for a ‘one night only‘ show.

Ken had recently finished work on a new project ‘My Book of Answers’ which is due for release end of February 2021.

He leaves behind a wife Monica and two brothers Trevor, Mark and sister Dawn and his close friend and manager Steve Weltman.